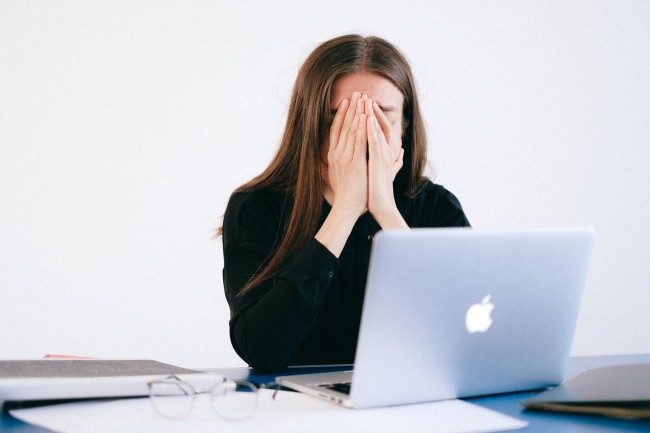 4:10 PM 2022
Print This Article Share it With Friends
by David Thompson 

It's not uncommon for employees to take months to realize they are working in a toxic environment. Typically, this happens because everyone who hasn't left the company is either normalizing the toxic behaviors or keeping their head down while looking for an exit.

Sometimes it is even more insidious. The company may be making an active effort to hide how bad things can be in order to try and reduce employee turnover.

If you're wondering whether a given workplace is toxic, here are some warning signs you should watch out for.

Necessary instructions are either unclear or are not transmitted, forcing employees to pick up the slack. On top of that, employees are hesitant to bring up suggestions, complaints, or issues to their managers, often out of fear of being berated or punished. These are all very bad signs.

There is never an excuse for berating an employee when the problem was not their fault. There's hardly even a reason to do so when it was their fault. And a culture of fear is bound to hurt the company in the long run.

Gossip, romantic scandals, public meltdowns, fights, and more can all happen in a healthy company. Employees are people, after all, and humans come with human emotions and personal issues. However, one of the markers of a toxic environment is that drama always seems to be happening. And even when it isn't, mean rumors, gossips, and snide remarks are still a constant.

At best, dealing with drama, gossip, and mean remarks is exhausting to everyone involved. At worst, it may be grounds for contacting an employment lawyer, as this website run by a financial industry law firm showcases.

It's usually a good idea to figure out why the people who are leaving the company have left. Especially if it looks like your company is having a hard time retaining and hiring people, maybe other employees are leaving because they got a better offer elsewhere, or maybe it is because they realize something that you haven't.

This is important as a given company may not be toxic all of the time. It's sometimes the case that the general workforce is fine, but the culture becomes more and more toxic the higher you climb up the corporate ladder.

There should be a direct link between those who do all the work and those who get all the praise, or at least some relation between the two. If your manager is pawning half their workload on some poor intern who looks like they haven't been sleeping well, that's a red flag-ditto for when good ideas are frequently stolen with no credit given.

These issues may not be affecting you directly yet. But you shouldn't be planning a future with any company that does not value hard work. Or with a company that seems to prey on people who have a hard time saying no.

You don't trust your boss or your coworkers, and none of them trust you. In fact, half the time, they treat you as if you are not even good enough for that job to begin with. On top of that, accusations are often made quickly and based on very little evidence, with no apologies given once said accusations are proven wrong. All of those circumstances are red flags you should be wary of.