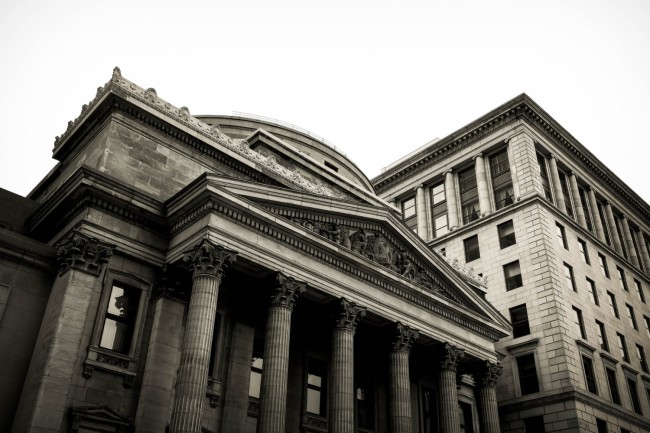 3:58 PM 2022
Print This Article Share it With Friends
by David Thompson 

The tough economic climate of 2022 is very bad news for both consumers who are finding it ever harder to feed and heat their families from month to month. However, the economic climate is also proving tough for investors who are struggling to find sound prospects. In today's post though we are going to look at whether this could be the time to consider buying Canadian bank stocks and investigate whether some investment in the best Canadian stocks could be a wise speculation for 2022. We will recommend a few of the best Canadian bank stocks and finally, we will  also cast a general eye and ask, is the Canadian stock exchange good for investors?

These are testing times for all of us. The COVID-19 pandemic was closely followed by war in Eastern Europe and the consequences are now beginning to manifest. The US economy is beginning to enter hyperinflation, energy prices are rising globally and there is crippling uncertainty in financial markets. Whilst it is ordinary, low earning consumers who are undoubtedly the hardest hit, even investors are feeling the strain as stocks and assets begin to contract under the stress.

Worryingly,  it seems that some central banks and economic leaders may even have been 'asleep at the wheel'. At the beginning of March, Canada's central bank raised the interest rate by 0.5% and whilst the move was welcomed by many savers, it came without any warning suggesting that the Canadian Fed is perhaps on the back foot. That said, at least for now Canada's inflation rates are a lot lower than those over across the border in the USA and across the pond over in Europe signalling hope that the nation might dodge the worst of it. As such, Canada is now beginning to emerge as a potential 'safe haven' for inventors who are growing increasingly reluctant to put their money into Wall Street, the City of London or Frankfurt.

Why Canadian Bank Stocks Are A Good Bet

One of the factors making banks in Canada an attractive bet right, is that they are one of the very few beneficiaries from the rising energy prices and winter fuel crisis. Some of the Canadian banks' biggest clients are the Canadian energy companies who are posting record profits on the back of the energy crisis and these profits are being banked in Canada.

Is the Canadian Stock Exchange Good?

Whilst the Wall Street, Shanghai and London stock exchanges need little introduction, the Toronto exchange is less renowned. But, the Canadian stock market is the 11th largest in the world (or the 9th according to some) and in recent decades has demonstrated a stability that their bigger counterparts have not.

Despite being only 6% of the size of the US exchange, the Canadian stock exchange still lists over 1700 companies including some of Canada's energy giants and mining conglomerates. In short, the Toronto exchange is healthy and stable and offers plenty of sound investment opportunities.

What Are The Best Canadian Bank Stocks?

As well as the stability they offer to investors, Canadian bank stocks also pay excellent dividends to shareholders. Canada's "Big 5" banks (Royal Bank of Canada, Toronto Dominion, Canadian Imperial Bank, Bank of Montreal, Bank of Nova Scotia) control 80% of the nation's banking sector and typically pay annual dividend yields of between 3.5% - 4%. As such, any of the big 5 make for a sound investment.

That said, if we had to choose just one then we would put our Nickels and dimes in the Bank of Montreal (BMO). They serve 12 million customers daily, are the 8th largest bank in the whole of North America and recently announced a £5billion investment in Canada's green initiative.

There we have it. Whilst these are very testing times for all investors, Canadian bank stocks could represent an excellent opportunity for safe investing. To recap, the best Canadian bank stocks are any of the "Big 5" with Bank of Montreal as our personal, top pick. Outside of the banking sector though, the Canadian stock exchange is good and robust and anybody looking for the best Canadian stocks to invest in could start with any of the energy giants.