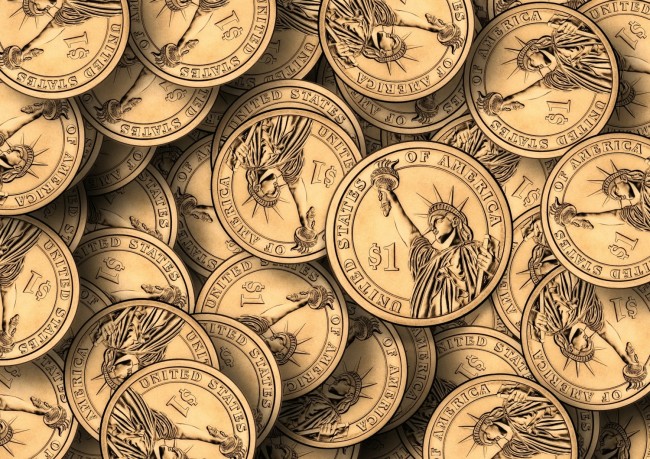 11:49 AM 2022
Print This Article Share it With Friends
by David Thompson 

While political and economic uncertainty can negatively affect some assets' returns, precious metals like silver and gold tend to perform more evenly during challenging times - offering a number of possible advantages, according to Kevin DeMeritt, founder and chairman of Los Angeles-based gold and precious metals firm Lear Capital.

Investors who are concerned cost will be a barrier to investing in assets like gold may be surprised to find the price might be much lower than they're expecting.

"Gold is trading at around $1,650-$1,700 [per ounce] today, so for around $200, you could start owning some," Kevin DeMeritt says. "Silver is even less - it's about $20 an ounce, so you could start with silver, which is a great option right now, and then move your way up to gold as you accumulate enough silver. You need to look for that asset that's going to give you stability and offset the volatility from some of the other areas."

Having a balanced portfolio - one that, for example, combines stocks, bonds, and mutual funds with assets that tend to be less reactive, such as gold coins - can be particularly beneficial in certain major world events and economic scenarios, including the following three:

High Inflation: Since registering its largest one-month increase in nearly a decade in March 2021, inflation has been ticking upward, and this June reached 9.1%, its highest point since 1981.

Despite the Federal Reserve's efforts to lower it to approximately 2%, inflation has remained consistently high in 2022, currently clocking in at around 8%. The effect on investors' portfolios, according to Kevin DeMeritt, can be profound.

In addition to altering current goods- and services-based purchasing power, prolonged high inflation can also weaken the value of the money consumers are stockpiling for retirement because, with their savings earning less, the target amount they've been working to reach may no longer adequately fund their post-workforce lifestyle.

"At today's rate, in seven to eight years, [the value of] your money would drop almost in half," the Lear Capital founder says. "Each year that goes by, if I'm losing 8% of the value of my paper money purchasing power, I need something to offset that; gold happened, in the past, to be one of the better assets that can offset [a high] inflation rate. You're going to continue to see, over the next five or six years, demand will continue to increase for precious metals."

While stocks can - and have - experienced wide fluctuations during changing economic and political situations in the past, data has shown prices for precious metals like silver and gold have grown steadily over the past 20 years. According to Lear Capital's research, premium coins have performed well during previous recessions, suggesting they could be helpful in efforts to offset inflation's effect.

As Lear Capital's "The Double Play Opportunity" guide points out, when we last saw inflation hit this level in 1980, gold's price skyrocketed 147% - and silver shot up even more, by 557%.

"People don't spend enough time trying to figure out how to protect and grow their retirement account," Kevin DeMeritt says. "[You] should really take another look at that, especially if you're close to retirement, because you don't want your dollar's purchasing power to be cut in half in 10 years, and your retirement to evaporate along with it. How you protect that retirement plan, especially with this high inflation, is more important today than it was 10 or 20 years ago."

Rising Interest Rates: The Fed has enacted a series of rate increases this year to slow down the economy and reduce inflation, starting in March, when the Federal Open Market Committee raised the target range for the federal funds rate to 0.25% to 0.50%. Most recently, in October, the FOMC increased it from 3.75% to 4%.

Take 1980, for example, when interest rates reached a new high of more than 15%. During the same time period, gold and silver prices also doubled and reached new historic highs to that point - $49.50 for silver and a whopping $850 for gold.

If interest rates continue to rise, assets like gold and silver may be able to provide some positive returns, even if other investment vehicles show less robust activity.

International Conflicts: War can have a considerable impact on the economy. The resulting uncertainty can prompt investor hesitancy; conflicts between countries can also cause supply chain issues that have a ripple effect on sales and profitability in other regions.

The subsequent performance risks various businesses face can hamper stock market activity in the U.S., resulting in an increased need to look elsewhere for investment returns. Precious metals may be an option, Kevin DeMeritt says.

"Gold has an inverse relationship to stocks and other types of assets," the Lear Capital founder says. "In times of war or terrorism, usually you're going to find the markets become extremely volatile. Nobody knows what's going on, on a day-to-day basis. The volatility of gold is not going to be the same. It typically is going to give you more stability."

When Russia initially invaded Ukraine in February 2022, concerns arose that the conflict and resulting trade sanctions would result in major global market disruptions, given that Russia exports a significant amount of commodities, and Ukraine is a major food producer.

Shortly after Russia's military began trying to seize Ukraine, in fact, food and energy prices rose, according to the Federal Reserve Bank of St. Louis, affecting a number of European nations and financial markets around the world.

Russia provides 15% of the world's nickel exports. Following the beginning of the invasion on Feb. 24, during the first week of March, nickel prices hit a record high, according to OECD, and then fell. While the organization says nickel prices have since risen and remain high, gold has had a steady climb throughout the duration of the conflict.

In March, global gold prices rose to more than $2,000 per one troy ounce - the highest amount in more than a year - as investors flocked to investments that are often perceived as being seemingly safer, according to U.S. News & World Report.

"If [Russian President Vladimir] Putin today said, 'Hey, I'm done; I'm going to pack up my war tools and go home,' the markets might skyrocket," Lear Capital's Kevin DeMeritt says. "Then again, if something like using nuclear weapons comes up, the market drops 500 to 1,000 points. What we're seeing in Ukraine could happen in [another country]. You can't predict those things - but when they happen, it can have a devastating effect, especially if you're retired [and living] on your assets. You might want to consider having some protection in place that will help you in those dark days."