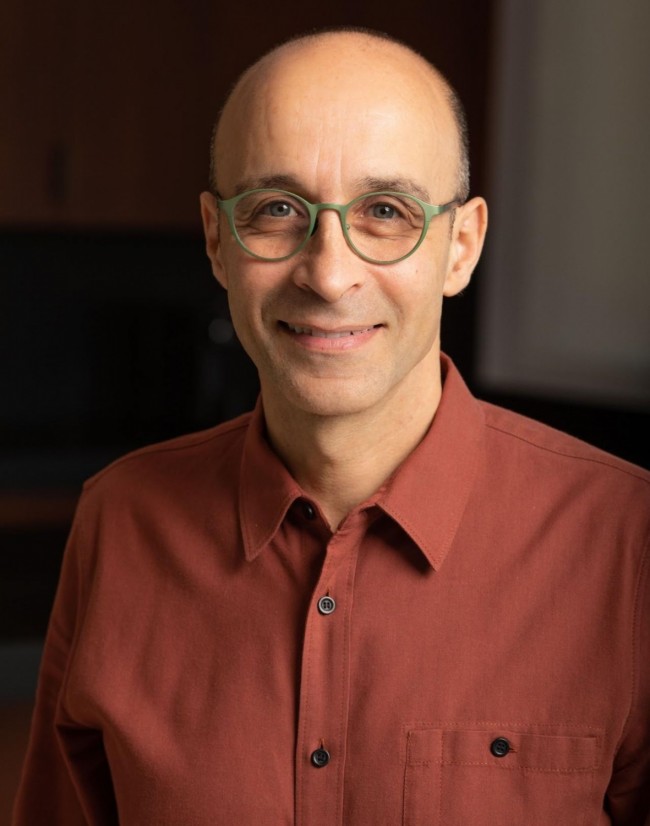 10:31 PM 2022
Print This Article Share it With Friends
by David Thompson 

Amer Deeba is a senior executive working in Silicon Valley. He has worked with tech giants and startups. Deeba started his career as a software engineer and later pivoted towards the business side of IT, focusing on go-to-market strategies, packaging products, and facilitating company growth. Through the course of his decades-long career, Deeba has positioned himself to be an in-demand executive in a very competitive field. He is sought after for his creative problem-solving skills. Recently, he helped co-found a cybersecurity startup, Normalyze, of which he is the CEO. Alongside leading Normalyze, Deeba advises two cybersecurity startups: Monad, and CyCognito, and is a board member and the Middle East liaison for the Eduarte Courtot Foundation.

Deeba came to the United States as a Lebanese student to pursue a master's degree at Santa Clara University. Once he had completed his degree, he started working to gain professional experience in the IT sector. He soon realized that he wanted to gain more practical experience in the field and decided against pursuing a Ph.D. in Computer Science. Deeba's expansive career has provided him with critical context about the security needs of companies, and how these needs have evolved over the years.

His first job was at Verity, where he started working as a software engineer. Deeba worked here for a short while before moving to Adobe Systems. At Adobe, he worked on the development of the Adobe Acrobat Reader, notably contributing to the enabling of web access for PDFs. It was here that Deeba was given a taste of management roles. The big shift towards the business side of IT came when Deeba was working at Signio, later acquired by VeriSign, as the GM for Payment Services. His then-supervisor and lifelong mentor, Philippe Courtot, noticed his knack for business and marketing. Deeba started accompanying him to client meetings, slowly exposing him to marketing and sales. His knowledge of marketing has allowed him to create a product that is truly responsive to the cybersecurity needs of Silicon Valley.

After VeriSign, Deeba joined Qualys. In this role, Deeba partnered up with his Courtot and the two worked together to get the company its initial public offering and then public listing. Deeba worked at Qualys for 17 years. He held multiple roles through the years, including Chief Commercial Officer, VP of Corporate Development and Strategic Alliances, and Chief Marketing Officer.

His time at Qualys was also important because this is where he witnessed his first cyberattack that a Qualys customer experienced. "The impact of that attack in terms of damages it left behind and the aftermath to clean it up is still engraved in my memory. That event cemented my belief in the work I do to help customers prevent such expensive and unpleasant incidents," he told the Authority Magazine. Deeba realized that preventing such attacks in the future necessitated access to the right kind of data and analytics tools so that decisive action can be taken at a moment's notice. After Qualys, he joined Moogsoft as the COO. His time at Moogsoft saw a further increase in his responsibilities as the point man for all go-to-market strategies.

After leaving Moogsoft, Deeba continued to pursue his interest in cyber security. His interest led him to co-founding Normalyze with Ravi Ithal, another cybersecurity professional. Ithal is the CTO at Normalyze. It seeks to help IT companies by focusing on securing their data in the cloud. Deeba's new company is a response to the shifting trends in the IT sector.

"Data threats are looming in customers' cloud environments. Companies need to start preparing for that by getting the necessary visibility to determine where sensitive data resides and put the right solutions in place to secure it," said Deeba.

One of the biggest innovations according to Deeba, in recent years, has been the proliferation of cloud technology. This has also presented the IT sector with novel cybersecurity challenges. Dealing with these challenges requires a creative approach, one that Deeba is famous for. Another concurrent innovation in tech is machine learning and artificial intelligence, which Deeba believes can play an important role in dealing with these new cybersecurity challenges. While this is a challenging time, it is also an opportunity for innovation. And this is exactly what Deeba and Ithal have done with Normalyze. Come up with a creative fix for enhancing cloud data security by incorporating harnessing the power of artificial intelligence.

According to Deeba, there are three common pitfalls that IT companies find themselves in, with respect to cloud security. There is a simple problem of excusing yourself from problems due to a tendency of ignoring the unseen. Then, when companies do comply with security, it is only at a base level to ensure compliance. This only creates a façade of security. And lastly, companies may lack a strategic approach toward security issues.

Deeba recommends having a clear understanding of security issues, based on the individual needs of the company, a task that invariably falls on the security teams. A good litmus test is to spot anomalous behavior. This requires ongoing monitoring to ensure threats are detected before any lasting damage is done. Normalyze makes the already enormous task of security teams easier to help them discover sensitive data in public clouds and secure it.

Using an agentless platform, it discovers and scans data in the cloud, structured or unstructured. The platform does not transport any customer scan sensitive data while scanning it and only needs metadata to produce graphs of transitive trust relationships that shows where sensitive data resides and what you need to secure it. Data risks are categorized based on its sensitivity and the likelihood of an attack path that can lead to data compromise Other key issues are highlighted, including permission, data access, and public exposure. This information is then displayed in a visual form as graphs. These graphs provide real-time information about data store fingerprints, process names, and IAM roles. At the moment, Normalyze is the most cost-effective solution to address potential cloud data cybersecurity threats.

The visual aspect is an important feature of Normalyze for Deeba because he believes that visibility is key to prioritizing critical data assets and where they are located. It is also an easy cure for the earlier-mentioned pitfall of ignoring the unseen, as Normalyze literally makes the threat seen.

Normalyze has had a positive reception. It has performed exceedingly well during the funding rounds, receiving a total of $26.6 million to date. Recently, Normalyze was also selected by Corelight as its primary security platform. Corelight is a world leader in network detection and response technology.