Meet The Entrepreneurial Doctor Who Is On A Mission To Make Advanced Healthcare Accessible And Affordable To Everyone: The Inspiring Story Of Dr Anmol S. Kapoor 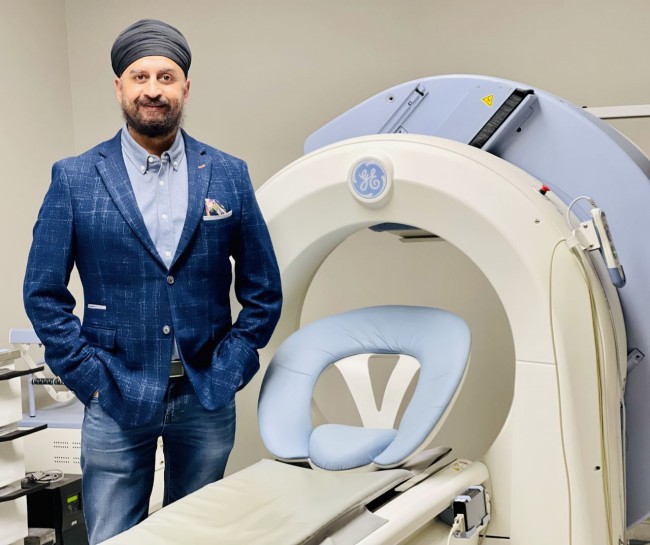 8:48 PM 2022
Print This Article Share it With Friends
by David Thompson 

As the son of a small-town pharmacist in rural India, Anmol Kapoor has always been aware of the troubles the poor and destitute face in accessing decent and affordable healthcare. He grew up seeing his selfless father helping the poor people in their neighborhood by providing them with essential medicine whenever they were sick and donating blood whenever anyone with the same blood group was injured. The healthcare system was so poor and limited that many of his neighbors found it very hard to get treated on time. These experiences in his childhood were strong enough for him to pursue medical education and choose a career as a doctor.

Anmol Kapoor went to Russia to pursue his education in medicine at the age of 19. The lack of reliable medical information and the absence of quality healthcare facilities were the two grave issues he identified that left people hopeless and helpless. Through his attempts to educate people, he became a doctor, which helped him to fill that information gap. However, he quickly realized that access to advanced and affordable healthcare for average people was still a distant dream across the world. During his seven-year-long stay in Russia, he learned the local language which helped him to understand the healthcare issues faced by ordinary people.

After completing his medical schooling in Russia, Anmol moved to Canada in 2000. He completed certification in information technology from the University of Lethbridge and his internal medicine residency from the University of Alberta, and later on, he completed a cardiology residency from the University of Manitoba. He graduated in 2010, and after one year, he established his first company, Advanced Cardiology. With such a humble beginning, Anmol established his one-doctor clinic into a multi-speciality healthcare facility, extending service across Alberta. His facility soon grew into an imaging diagnostic center, which served as a strong foundation, leading to the establishment of his two other new companies, called CardiAI and BioAro.

His genuine passion to help people and great passion for democratizing access to quality healthcare led him to adopt advanced technologies in healthcare service. His strong desire for solutions to provide people with better and affordable care resulted in the establishment of CardiAI and BioAro.

CardiAI is a medical device research and development organization in Western Canada. The company develops platform-based medical diagnostics devices and software aiming to transform healthcare worldwide. These healthcare technologies have been designed to provide a sense of assurance and stability, impacting patient care around the world. CardiAI prioritizes patient-centered care by understanding and emphasizing patient needs to their health care and information providers. The research and development team in the company comprises cardiologists, biochemists, engineers, molecular biologists, etc. They have a combined total of 150 years of dedicated experience and expertise.

CardiAI has launched a unique blood pressure measurement device named BPAro. This is a small, portable machine that measures patients' blood pressure at regular intervals for up to 30 hours. The device continuously monitors the blood pressure even when the patients go about their normal daily routines, including sleep. Through its new device, CardiAI aims to fill the hypertension diagnostic gap by making the measurement more accurate and reliable.

The second company established by Anmol Kapoor is a biotechnology company named BioAro. The mission of BioAro is to build a community of individuals, healthcare providers, and researchers to transform the healthcare landscape and drive transformative genetic discovery. Commenting on the company's commitments, Dr. Anmol Kapoor says, "In today's healthcare system, health services focus less on the individual and more on population health recommendations, implying that one size fits all, and in healthcare, it doesn't. Through our multi-comics (nutrigenomics, proteomics, pharmacogenomics, transcriptomics, and metabolomics), we're enabling customized, more precise health outcomes, focusing on the person, not the population."

Today, Dr. Anmol Kapoor has established himself as a renowned clinician, entrepreneur, humanitarian, and philanthropist. Being a reputed cardiologist, he has found a multi-speciality facility providing state-of-the-art health care to people. He has received many accolades as a physician and for his humanitarian work, including the prestigious Hind Rattan Award (Jewel of India) in New Delhi. He has also been bestowed the Pravasi Rattan Award and the Mahatma Gandhi Award at ceremonies organized at Capitol Hill, Washington and the House of Lords, London, respectively. Anmol has been nominated for the Alberta Medical Association award for a physician for compassionate care. He also received many other awards from various community organizations for his work.

In 2017, Anmol was honored with the Immigrants of Distinction award and was recognized as one of Calgary's Heroes by the Metro Newspaper. He is a public speaker and has spoken internationally on improving healthcare outcomes for vulnerable minorities, refugees, women and children. Along with his wife and business partner, Raman Kapoor, who is a famous Dietitian, Philanthropist, and Entrepreneur; Anmol Kapoor continues his mission to transform the healthcare industry.

Raman is the Co-Founder & COO of CardiAI. With over 20 years of experience in healthcare and nonprofit organizations, Raman is a recipient of the Women of Inspiration Award and Founder of Nutrition Enhanced Aesthetics (neA). As a mother and a registered dietitian, Raman has used her professional expertise and life experience to make a difference. She seeks out local solutions that help people live healthier lives, especially ethnic minorities, vulnerable populations, women, and children. Raman believes in practicing what she preaches in all facets of her life and is an impactful public speaker.