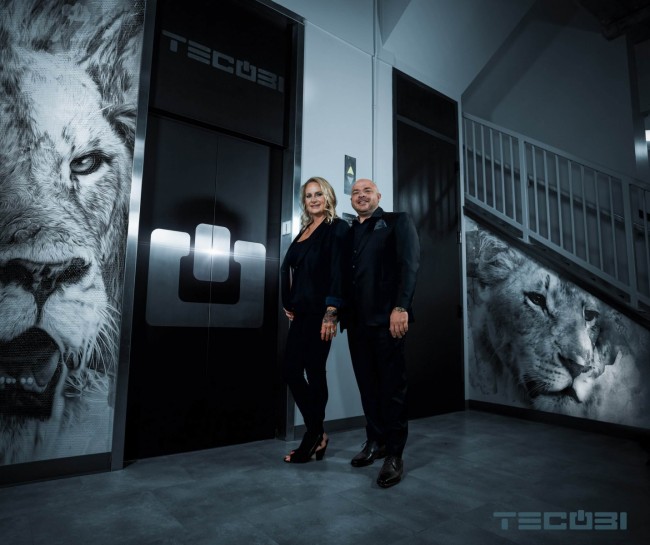 11:39 AM 2022
Print This Article Share it With Friends
by David Thompson 

If you've ever bought a car, you know how frustrating it can be. The lots are intimidating, the salespeople can be pushy, and they seem to avoid every question you ask. Across the board, people report disliking the car-buying experience, which is unfortunate considering it's one of the most significant purchases most people make and something they use all day, every day.

TECOBI  founder Jason Girdner worked in the auto industry for years and saw this pain point in action all the time. He knew there must be a better way. He had his Eureka moment on the topic years ago, a system that would allow prospective car buyers to begin the process and ask most of their questions about pricing, features, safety, and more by SMS and text message.

He knew this would be a hit if only he could figure out the right way to execute it. He tried two unsuccessful iterations before finally landing on the magic formula that has made TECOBI a certified success story.

"Communication has always been a major problem in the auto sales industry. It's our job to provide solutions to the industry's problems," said Girdner.

But his epic brainstorm proved harder to bring to life than he expected. Firstly, the high school dropout worked in sales and was not a software programmer. So the first time he tried, he created a plug-in for Facebook that would allow car dealerships to start conversations via Messenger with client leads. It never functioned well. He also knew that fixing it wouldn't solve the additional issue of younger prospective buyers moving away from the older social media site.

His second attempt took the idea offline, with Girdner selling a monthly service to local dealerships in which he painstakingly answered each text message himself. But, unfortunately, that failed too when he became so busy he could not keep up with the demand.

At this point, his wife, Scarlet Mick, stepped in to handle the text messages. At the same time, he began learning the software development skills that would help him build the product he really dreamed of: a software using Hybrid-Intelligence that matches the nuances of human conversation with a bot's ability to answer every message quickly and efficiently.

Thus was born  TECOBI, a service that helps dealerships with lead follow-up and helps prospective buyers begin the purchasing process in a low-stress environment.

He said, "I never imagined I would become a software developer, but here I am!"

Girdner says he would never be where he is today without Mick, the love of his life, the mother of their five children, and now partner in his business. "I wouldn't have believed in myself if she didn't believe in me, and that's the truth. I would have given up after the first failed attempt, but she always encouraged me to keep chasing after my dreams," he said.

And today,  TECOBI is the only software of its kind, used by thousands of auto dealerships across the country and earning rave reviews from dealers and buyers. It makes communications easy and provides answers in writing to common questions as diverse as sunroof options, safety features, and monthly payments.

Gone are the days when car salesmen tore their hair out after spending two hours answering questions for a customer that ultimately decides to buy elsewhere. Today, when the customer gets on the auto lot, they already know the details of the car they want and are ready to test drive and sign the paperwork.

On the buyer side, they no longer have to face hordes of customers and vie for a salesperson's attention on a busy Saturday morning. They don't have to feel like they are being misled or that the sales team won't answer their questions about pricing and payments. Instead, they can ask all of their questions in a relaxed fashion, get the answer over text message, and show up at the dealership calm, cool, and collected.

TECOBI is the proud winner of the AWA Award and has dozens of employees at its Denver headquarters. Thousands of satisfied automotive companies use their software. And it's all due to Girdner's persistence and Mick's support and dedication. They are an admirable team with an inspiring backstory.

Jason Girdner and Scarlet Mick are the Founders of TECOBI, an advanced communication and advertising solution of SMS and text conversations for the automotive industry. TECOBI has served thousands of automotive companies through their industry-changing software. To learn more, please visit tecobi.com.

5 Hidden Gems In Iceland You Won't Want To Miss

How To Protect Your Investments When In Public