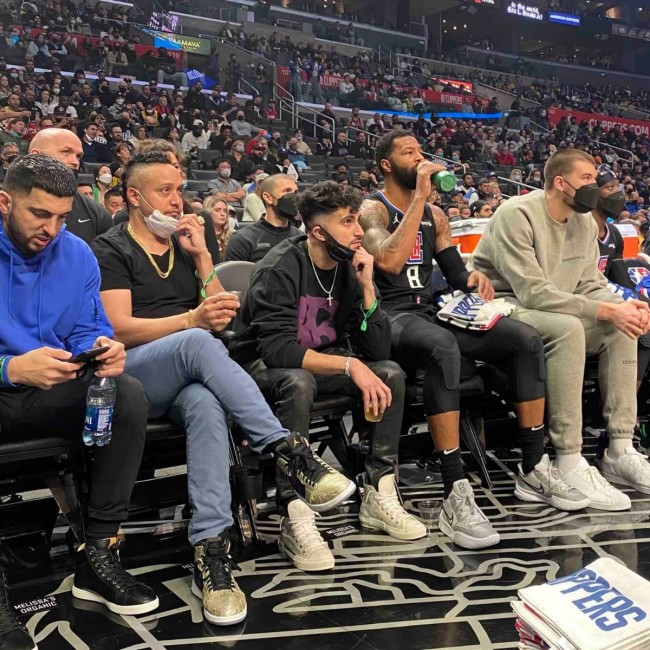 1:20 PM 2022
Print This Article Share it With Friends
by David Thompson 

As the world makes headway toward decentralization with many forms of cryptocurrency and of course, NFTs (non-fungible tokens), individuals are trying to unravel the ins and outs of the ever-changing landscape. Technological advancements are on the rise, the digital sector is transforming the economy at a rapid pace, and while most are still learning how to navigate the latest developments, there are others who got their start early on, and are maximizing their success.

One person in particular is entrepreneur and social media guru, Andy Treys. Born in the beautiful city of Pasadena, CA, Treys is of American-Armenian descent and got his start in the business at a very young age. From becoming a star basketball player in high school to owning multiple agencies in the realm of internet marketing and fitness, it wasn't long before Treys decided to move into the world of NFTs, and he did so with flying colors.

Entering the NFT universe with a project drop called Cereal Club, Treys quickly positioned himself at the forefront of crypto art with a highly popular collection of 10,000 NFTs that appeal to the masses. Consisting of charming yet quirky characters with vibrant cereal bowl heads and heart-warming features like rainbow star eyes and retro sunglasses, Cereal Club launched on February 15, 2022 and sold out its whitelist within 24 hours of its public auction. In addition, the project's rarest NFT, costing around $16,000, recently sold, converting skeptical patrons on the side lines into buyers and furthering the brand's success as a whole. In fact, Cereal Club has gained widespread notability, leading the brand to acquire Cereal.com, a platform that will not only be used to drive a larger following, but to ultimately, serve as the brand's quest in becoming the start of every consumer's morning and a launch pad to their web3 journey.

It goes without saying that Cereal Club is unlike other projects in the space. The brand not only created some of the most captivating NFTs there are, but they took one step further by organizing unique events and building flourishing partnerships with reputable public figures, including Super Bowl champion Aaron Donald. They also developed a metadata game where its members obtained the opportunity to attend a private Coachella event hosted by Bella Thorne.

Pushing forward in tandem with the growth of Cereal Club, Treys, and his partner Sako Waves, will also be launching a Kobe Bryant NFT project called KB24. While Treys has always been a die-hard fan of the Laker's superstar, this project is an effort to ensure Bryant's legacy lives on forever, in the digital world. In addition, Treys announced that a hundred percent of the project's earnings will be donated to the Mamba & Mambacita Sports Foundation.

Treys wasn't always into NFTs or cryptocurrency, but he had always wished to create something memorable and make an impact on the community at large. Utilizing the power of social media, Treys kicked of his early career by growing social media networks through Ning, one of the internet's largest online community building platforms, and originating apps and various websites, including his networking agency, Getmefamous. Cultivating more than 300 million followers across multiple platforms, the agency has served a variety of influencers and celebrities alike.

But he didn't stop there. Treys went on to launch the Pasadena-based muscle recovery and wellness lounge called Muscle Lab, a place that has become a second home to Hollywood topliners, musicians, and athletes who are looking for both rejuvenation and connection. Muscle Lab has recently acquired IVtherapy.com as well as Revived.com and has forthcoming plans to expand with new locations in West Hollywood, Las Vegas, Miami, and New York.

When it comes to Andy Treys, the first word that always comes to mind is perseverance. A man of solid business ethic, authenticity, and gratitude, Treys was destined to leave his mark on the world, and he's doing it, one win at a time.