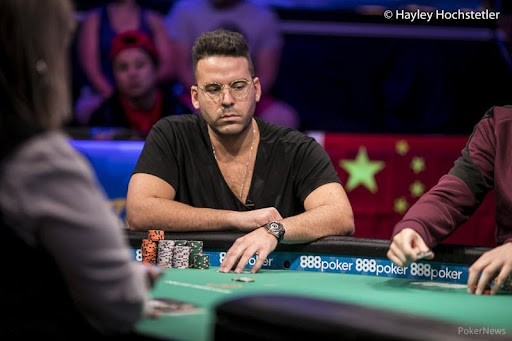 6:15 PM 2021
Print This Article Share it With Friends
by David Thompson 

Gal Yifrach is a high-stakes professional poker player and an entrepreneur. He is an award-winning player and a recipient of the World Series of Poker Bracelet. Gal shares his vast experience and expertise in the industry, establishing himself as the go-to person in the high-stakes poker scene. Many in the industry identify him for his unparalleled skills that are evident in his many winnings.

His success and accomplishment in the industry rate him as a role model for poker fans, including some of his close friends. Gal also inspires a lot of poker players who seek to follow in his footsteps and make their mark in the highly competitive scene. He shares his industry understanding with thousands of his fans who follow him on social media. Gal also makes regular appearances on the popular poker show, Live At The Bike, a celebrated program that has enlightened millions on how to get started and succeed in the poker community.

Gal's winnings have also gained him much attention in the industry, with numerous casinos and brands seeking to work with him. He is currently a brand ambassador to two renowned shows, the Hustler Casino Live and the Live Stream Poker Show. Gal's role is to motivate and empower poker players to continue playing and following the shows for insightful tips for success.

Being a dominant force in the high-stakes poker scene, Gal has had the opportunity to interact with notable and interesting personalities. He has met and become friends of  some of the top names in the Hollywood scene, including actors and producers, sports personalities, music producers, top legal minds, and great business people who own multi-billion-dollar companies. Gal says that some of them have been of significant help to his career and life by helping him get in touch and make friends in other high-end places.

One of Gal's notable characteristics is his ability to remain calm and collected despite his success. He remains one of the coolest personalities to make friends and interact with. Such traits have been significant to his success in the high-stakes poker scene and as an entrepreneur running multiple ventures.

Having worked his way from poverty, Gal remains committed to helping the needy in society. He donates money to charity to impact the lives of underprivileged people. His wish is to have a better world where everyone has an equal opportunity for success. This is perhaps part of the reason why he mentors and empowers those who show a desire for a better life.

Gal wants everyone to understand that success does not come easily. To him, if it were easy, then everyone would be living their dream. Gal challenges everyone to work hard while keeping the focus on their dreams. He trusts that everything and anything is possible if you want it, even if the path is complicated. He believes that there are challenging times for everyone, but that's not a reason to give up on your dream.

Gal's dream is to live his best life and continue to inspire others to be the best versions of themselves.

Moissanite Vs Diamond - Everything You Need to Know

An Insight into Ella's Bubbles: Innovation in Bathtubs