(Credit: Alexander Payne Discusses the Actors He Hopes to Direct in Future Films) 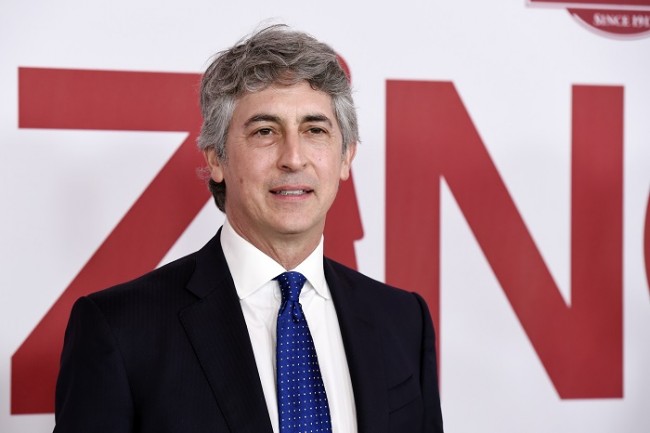 3:42 PM 2021
Print This Article Share it With Friends
by David Thompson 

Filmmaker Alexander Payne has a knack for coaxing award-winning performances from some of the biggest names in Hollywood. He confirms that George Clooney was his "first and only choice" to portray Matt King, the grieving father navigating the uncharted waters of letting his unfaithful wife die with dignity in "The Descendants," the 2011 comedic drama which Payne directed and co-wrote. Clooney won the Golden Globe award for Best Actor in a Motion Picture Drama for the riveting role.

Payne also co-wrote "About Schmidt" and said that he enjoyed the opportunity to direct the legendary Jack Nicholson on how to embody Warren Schmidt, a restless, recently widowed retiree in Omaha, Nebraska. He says, "Before shooting began, I rang up Mike Nichols and said, 'You have directed Jack Nicholson thrice; what advice do you have for me because I'm going in for the first time?' And he said, 'Oh, it's very easy, just tell him the truth because he's going to smell it on you anyway.' I have found that to be pretty good advice not just for a great like Nicholson, but for anybody."

As Nicholson accepted his Golden Globe award for Best Actor in a Motion Picture Drama, he quipped, "I'm a little surprised. I thought we made a comedy." Payne's always had a way of mixing comedy and drama to create the perfect reflection of real-life feelings and experiences. Still, he credits the actors with breathing life into the characters he creates. "The main reason Clooney and Nicholson are stars is that they're brilliant actors," he says. "They don't just skate through the parts based on the gift of having a face the camera loves and onto which the audience projects things."

Who Is on Alexander Payne's Acting Dream Team?

"There are many actors I'd like to work with," says Payne. Yet, there is one Hollywood queen at the top of his wish list. "What director wouldn't want to work with Meryl Streep?" he ponders. Streep is in high demand because she has delivered powerful performances on television, stage, and the big screen for six decades. She's earned a record-setting 21 Academy Award nominations and won the coveted golden statuette three times: once for Best Supporting Actress in "Kramer vs. Kramer" (1979) and twice for Best Actress in "Sophie's Choice" (1982) and "The Iron Lady" (2011).

"I'd also love to work with Jeff Bridges," says Payne. "I think he's magnificent. I've met him a few times, just in passing, but he's always been the sweetest guy." Bridges is best known for his work on "The Big Lebowski" (1998), "The Fisher King" (1991), and "Crazy Heart," which earned him an Academy Award for best actor in a leading role in 2010. "I was lucky to work with his brother, Beau Bridges, on "The Descendants" and liked him very much," says the filmmaker.

"The French actress Marion Cotillard is another one I'd love to work with," shares Payne. Cotillard has the honor of being the only actor to win an Academy Award for a French-language performance for her portrayal of singer Édith Piaf in 2007's "La Vie en Rose." Payne says, "I think she's a great star." And Payne says that he would jump at the chance to make a movie with actor Clarke Peters. "He's not a huge star. Clarke played Lester on 'The Wire,' and I think he's pretty terrific." Peters also starred in the HBO drama "Treme."

Spanish actor Javier Bardem is another star with whom Payne would love to work. "Javier would be a delight to work with," he says. Bardem plays romantic roles as convincingly as he portrays psychotic killers. This suggests that he would thrive on the set of a Payne film, which tends to skew dark and satirical. In addition, they could bond over their shared love of Bardem's native country. "I'm a fan of Spanish cinema. I attended university in Spain, and I speak Spanish," says Payne.

Fun: The Foundation of a Great Performance

No matter which actors are in a film, as the director, it's Payne's job to encourage them to give their very best, and he takes that role very seriously. "My No. 1 job is to foment the creativity of others, both the cast and the technicians. I am there for the actors. I'm there for the camera operator too, but first and foremost on set, it's about the performance," he explains. "I don't watch a monitor. I'm right there by the camera with the actors, there to gauge and aid in the performance. And the actors know that there are no mistakes, so they should be fearless. That's why God gave us 'take two' and 'take three.' We do it again, so just keep going. And I won't move on until I think we have it."

He accomplishes that by trying to keep the atmosphere on set as relaxed, playful, and humorous as possible. "When making a film, I have more fun than any other time in life." But, of course, it doesn't feel like work when you enjoy what you do, so in that respect, Payne is living his dream. "I like to have fun. And making movies is so darn fun," he says. "I hope the fun I have is infectious. Directing a movie is like having the world's largest train set, as Orson Welles has said. Why else do it if it's not fun?"