$1.8 Billion Valuation and a New Investment Round for Facetune Developer Lightricks

Close
(Credit: 1.8 Billion Valuation and a New Investment Round for Facetune Developer Lightricks) 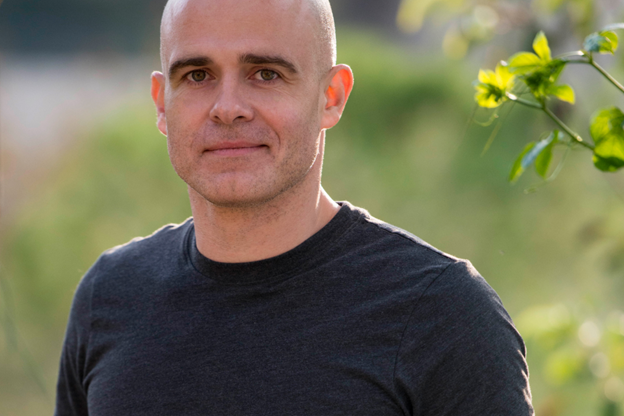 7:54 PM 2021
Print This Article Share it With Friends
by David Thompson 

Lightricks, the Jerusalem-founded app developer, has completed its Series D round, raising $130 million in total bringing its total funding to $335 million. The hot startup's valuation has skyrocketed from $1 billion in July 2019 to $1.8 billion today.

The round was led by Insight Partners and Hanaco Venture Capital and included $100 million primary funding and $30 million in secondary.

The company was founded eight years by Zeev Farbman, Nir Pochter, Yaron Inger, Amit Goldstein, and Itai Tsiddon. Farbman still serves as the CEO. Initially, they were bootstrapped, but four funding rounds have enabled them to grow to a large team of 460 employees. The company's original flagship app is Facetune, which was Apple's most downloaded app in 2017.

However, Lightricks's suite has grown significantly in the last few years, to include additional highly popular apps such as Boosted, Videoleap and Motionleap.

Recalling the early days of the company, Farbman told Forbes in April that "With visual storytelling platforms like Instagram emerging at the time, we saw a pivotal evolution developing around both content creation and consumption. Previously, content creation tools like Adobe were mainly used amongst professionals on desktops. However, the shift to mobile sparked a need for similar tools that could be accessed by anyone easily and in real-time."

Lightricks's investment in this fast-growing creator economy seems to be paying dividends, with 2021 revenue to date already exceeding $200 million.

They have seen particularly fast growth during the pandemic, when people locked down at home hungered for new creative outlets as attitudes shifted toward greater professionalism in the content creation industries. One recent survey by the company of its users showed almost half of Videoleap customers were exporting their creations to TikTok with the goal of monetization.

Lightricks's growth numbers over the past 12 months paint a picture of strength. Total installs grew by 42% to 547 million, as  paid subscribers grew 24% to 5.1 million. Current active monthly users stand at 29 million, with the apps exporting 78 million files per month. During this period, Lightricks has launched four new apps, but this funding round appears to represent a shift to a more mixed strategy.

The Series D money will be used to fund acquisitions of smaller companies with complementary products, although they have not ruled out larger buyouts should the right opportunity arise.

For Farbman, the objective remains a constant. "Our mission has always been to continuously strive to bring creators the most advanced technology and help them find new ways to express themselves," he said in a statement.

"The rise of the creator economy has only exacerbated the need of mobile users to streamline the content creation and monetization processes. With this latest funding, we're able to help elevate our users' creativity and capabilities with continued advancements to our technology and offering."

Thilo Semmelbauer, Managing director at Insight Partners, adds, "We're delighted to continue to team with Lightricks to help further professionalize the world of content creation. We look forward to Lightricks building the future of this industry by continuing to supply creators with the highest-quality, most-preferred tools and technology. Lightricks allows people to showcase their individuality and brand on social media, whether for personal self-expression or for monetization."

Another area where the money will be used is growing the team's presence, especially internationally. Currently most staff are Israel-based, with some teams in London and Shenzhen. Lightricks plans to increase their headcount by more than 100% to 1000 people by the end of 2023. Acquisitions may speed up their presence in other countries, but they've already said they wish to grow their teams in the UK and China in particular. US-based efforts are focused mostly on collaborations with existing content creators.

Should they be successful with their best laid plans, Lightricks will add further strength to the booming Israeli tech startup community while adding job opportunities in the creative technology field.

$1.8 Billion Valuation and a New Investment Round for Facetune Developer Lightri ...