How Games Can Help You Become Productive At Work?

(Credit: How Games Can Help You Become Productive At Work?) 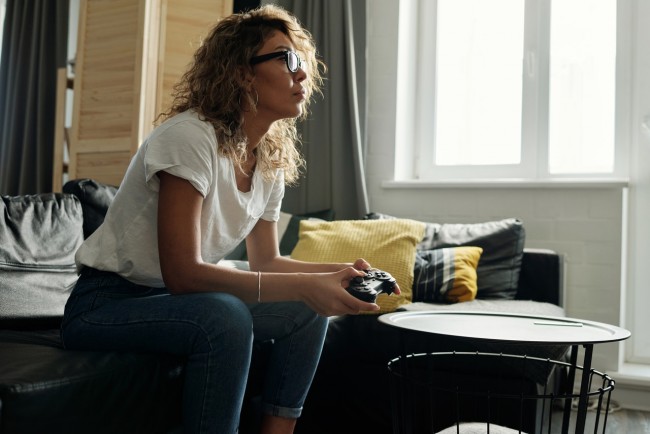 9:28 AM 2021
Print This Article Share it With Friends
by Ernest Hamilton 

Playing video games was once regarded as an activity only for children, but they've evolved tremendously since those times. People of all ages play video games these days, and there are so many categories to choose from: role-playing, shooters, racing, sports, puzzle, arcade, etc.

There are many studies that show how gaming can make you become more productive and active, and the category doesn't matter too much. Medical experts often recommend playing mind games such as Sudoku, Chess, or Scrabble to maintain a healthy and sharp mind, but pretty much any game can stimulate our attention, ambition, and motivation.

If you're intimidated by mind games, although you don't have to, you can go ahead and play a decent stealth shooter. We gladly recommend those from the Sniper Elite series, and there are so many to choose from: Sniper Elite V2, Sniper Elite 3, Sniper Elite 4, or the spin-off Sniper Elite Nazi Zombie Army series.

These games will significantly stimulate your patience, diligence, and meticulous work to figure out ways of taking down entire armies. You'll be in charge of Karl Fairburne, an American OSS agent who has a lot of weapons in his arsenal (a sniper, grenades, booby traps, silent pistol, and more), and he can also simply take down enemies by stealth attacks.

However, you must be extremely careful with the Sniper Elite series, as it can become insanely addictive!

Mind games are waiting for you!

The heavy artillery of productive video games is represented by those that will stimulate your brain even more and have counterparts in the real world, and there are so many games that you can choose from in this area as well! You can try out Backgammon, Crossword, Chess, Tic Tac Toe, KenKen, and many more.

Our top recommendation is Chess, a well-known game initially invented about 1,200 years ago in India, and there are countless digital counterparts available on the internet. Mastering chess takes years of study and practice, as it requires tactics, memory, and analytical thinking. But guess what, that's what makes Chess one of the most beautiful games ever made! A lot of Chess masters have IQ's way off the charts.

In Chess, each of the two players has an entire army at his disposal. By mobilizing every trick possible and resource, the goal is to capture the opponent's king. Each player will have to move one piece at a time, and they can weaken the opponent's army by capturing pieces. The queen is the most devastating piece, and if it gets captured, the chances are very high that the player who loses it will also lose the game. But there are some exceptions to the rule, as there are sure ways of offering your queen as bait only to use a highly advanced move to win the game.

Such a move is also known in Chess as the Queen's Gambit, and it totally humiliates the opponent.

If you're thinking about trying a mind game that's a bit more simple, you can give Sudoku a try, which is a logic-based and combinatorial number-placement puzzle. There's no need to be good at math to play this game, although many people believe the opposite.

For the classic version of Sudoku, the goal is to fill a 9x9 grid in such a way that each row, column, and subgrid will contain all the digits from 1 to 9. Although it may sound simple, Sudoku is a very complicated game. One interesting fact is that there are 6670903752021072936960 Sudoku grids.

You can play video games pretty much everywhere to become more productive, as the internet is loaded with them. Just use your laptop, phone, or tablet to find them on search engines or buy them from gaming platforms such as Kizi and Steam!