(Credit: Quanloop - When Your Money Seeks an Alternative to Savings Account in 2021) 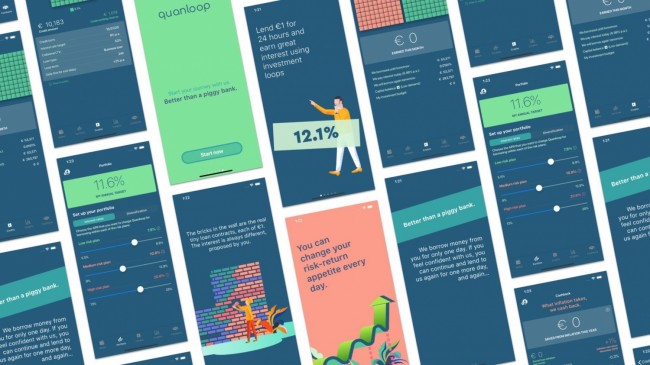 11:26 AM 2021
Print This Article Share it With Friends
by Ernest Hamilton 

Quanloop has proven itself as a legit and safe investment platform in 2020.

It retained the trust of its investors through quick free withdrawals and stable monthly payments. Curiosity still persists about Quanloop due to its drastic difference from a regular P2P lending platform. Here are some crucial pieces of information that answer some of those questions.

Quanloop released its report on its investment performance for the first time for the year 2020 publicly on their Facebook page. It has funded 183 loans in 2020 followed by an average loan principal of €9,870. It borrowed €0.95M  daily from the investors. Investors were paid €66,722 total in interest and €11, 960 cashback to cover the inflation loss of its investors. The average interest rate in 2020 was 13.7%.

It's capital balance exceeded by €1M on the 22nd of Dec 2020 and it is aiming to achieve €1.2M as their next capital financing milestone;

With that out of the way, let's look into Quanloop's background, their investment structure and what else should investors know before they decide to invest.

Much of the information about Quanloop can be found on their website. Quanloop is a Limited Partnership Fund registered in the EU and Estonia under its legal name 'Quanloop Usaldusfond'. It was created by Valentin Ivanov on founding capital and without any venture capital funding. It operates under EU and Estonian laws, however, they are not regulated.

All of Quanloop's data is public and investors find more details on the Estonian Business Register under the code 14496178. Investors can also check the company information on Creditinfo Eesti, an Estonian database, which collects and processes financial data from Estonian companies and investigates their payment behaviour, credit policies, and bankruptcies. Creditinfo Eesti is a member of the European Commission and part of international Credit Info Group and therefore has the responsibility to list legitimate companies and display the correct data on their website.

All of its assets are managed by its general partner, Quanloop Group OÜ, which is also listed in the Estonian Business Register and Creditinfo Eesti under the registry code 14931914. The assets of Quanloop are supervised by Bondkick, a registered small fund manager and also a limited partnership fund governed under the Investment Funds Act of 14 December 2016 (IFA) of the Republic of Estonia. Bondkick's details are also public and it is operating under the Financial institution license no. FFA000250. Investors can check the validity of the license number on the website of the Permissions Register run by the Ministry of Economic Affairs and Communications of the Republic of Estonia and on the Estonian Financial Authority website.

An investor - a natural person or a business - signs up with Quanloop to invest. The structure entails lending money only to Quanloop. After signing up, they top-up money into their account, i.e. they transfer money to an Estonian bank (LHV Bank) in a clients' account opened by Quanloop. So, even if the investor is not physically in Estonia, his money will virtually be in the country. The loan agreement states that by deciding to transfer money to the account, investors are agreeing to lend their money to Quanloop to invest with their partners.

Through the many loan agreements agreed between Quanloop and its investors, Quanloop collects capital from them to finance many projects of its intermediary partners with higher interests. Its partners are commercial establishments, well-known and reputable leasing and factoring firms and crowdfunding platforms in Europe. The partners borrow money from Quanloop as a credit to invest with their end-customers. In exchange, the partners offer their assets as collateral secured by a personal guarantee. When the term ends, the partners return the money with interests to Quanloop and Quanloop pays interests to its investors. A credit to a partner can range from 1 week, up to 5 years.

Quanloop never lends to consumers directly and as of today, Quanloop is partnered with financial firms from Estonia, Latvia, Finland, Spain, Romania, Greece and France.

What investors should know before investing:

Most investors have similar concerns regarding their investment. Matters regarding risks and security is the first and foremost factor they would like to scrutinise in the investment platform. Quanloop is no exception to this scrutiny and it does not hide or claim that its investments are risk-free. If anything, Quanloop is very much aware of the risks and blatantly put it out there on its website for investors to see.

As the only borrowing party, Quanloop accepts the sole liability to its investors in the event of credit default and bad debt. Quanloop compensates its investors from its funds through collaterals that it has signed from its partners if they fail to pay. Investors are secured by the total assets of Quanloop funds and by its other investments and rights. If Quanloop faces insolvency, it will return the investors all the money from the off-balance client account that is kept apart from its capital. Their money will not be used to cover its debts.

High liquidity is another component investors want to benefit from the platform to allow them to withdraw as quickly as possible. Fortunately, with Quanloop, it takes only 24 hours to return the money to the investor when he withdraws due to Quanloop's underwriting reserve of 10% which it sets aside each time it borrows from the investors. However, investors should know that Quanloop only accepts Euros to invest with them and only allows IBAN accounts to withdraw.

Taxes are also important to an investor who may wish to know about its declaration duties. An Estonian citizen or a resident with an Estonian Tax Identification Number do not have to declare their taxes. Their taxes will be deducted on their behalf and they will receive the net earnings. Tax in Estonia is 20%. Everyone else will receive the gross income and must declare it in their states.

The last observation made on Quanloop is its incentives proposed to investors. Starting from offering high interests to investors, they also provide other prospects of income, such as referral income and an inflation-safe investment - compensating the amount lost to inflation.