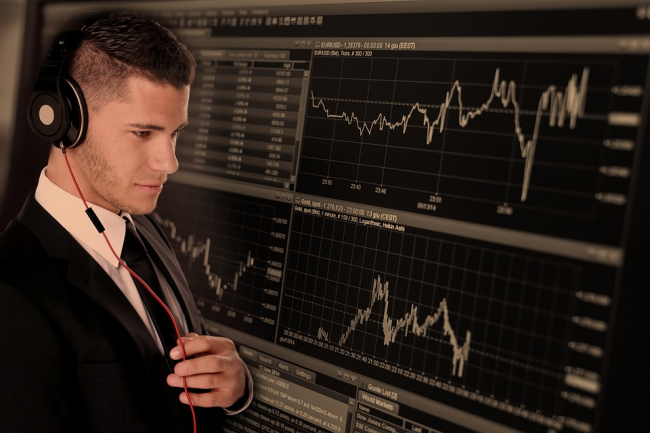 10:11 AM 2020
Print This Article Share it With Friends
by Ernest Hamilton 

Penny stocks are known for their high-risk but high-return. The chances of stocks trading under $5 soaring 1,000% or more are almost unheard of. But 2020 was no ordinary year for the stock market and the list of penny stocks that delivered returns well north of 1,000% occurred more often than many would otherwise assume.

Overstock.com entered 2020 on an odd note. In late 2019, Patrick Byrne announced his resignation as CEO in a bizarre letter that made reference to Hillary Clinton, the "Deep State" and a personal relationship he had with a supposed Russian spy.

Overstock's stock kicked off 2020 above the $7 level and tested the $10 level in the first few weeks of the year. But the COVID-19 pandemic induced stock market crash in March sent shares as low as $2.53.

The discounted e-commerce company saw its stock break higher in April as investors speculated it will benefit from people working from home and unable to shop in stores for the foreseeable future.

Confirmation of this thesis came on April 13 when KeyBanc analysts noted Overstock's sales were up 254% year-over-year during the week of April 5.

The stock crossed the $100 per share mark in August and then hit an all-time high of $128.50. The stock went on to give back half of its gains over the following months as investors were more than happy to cash in on their large profit. Meanwhile, other investors and analysts started to debate if the quadruple-digit percentage return fairly valued the company.

Novavax saw its stock collapse by 85% back in 2016 after the clinical-stage biotechnology company that develops vaccines to treat respiratory viruses reported very disappointing trial results.

Novavax remained out of favor for the most part with investors since then and entered 2020 trading at $4.49. On Feb. 26 the company said in a press release it has produced and is currently assessing multiple vaccine candidates and human testing is on track for the end of Spring 2020.

Following the announcement, shares of Novavax gained more than 30% and traded above the $10 per share mark. The next biggest leg higher was in early May when the company confirmed access to nearly $400 million in funding for its vaccine development and manufacturing.

The timing of the stock's move above $100 per share coincided with the U.S. government offering $1.6 billion in funding to continue developing its vaccine.

The stock's momentum carried it to close to $200 per share but went on to lose 50%. Shares started to rebound in November after it was granted "Fast Track Designation" by U.S. health authorities.

Plug Power is a maker of hydrogen fuel cell systems that exited 2019 in the crosshairs of a notable short seller. Spruce Point Management said Plug Power is "an uninvestable stock" and will be worth zero.

Spruce Point was on the wrong side of that trade within a few short weeks. The penny stock company said on Jan. 6 it won a $172 million order to provide hydrogen and fuel cell solutions to an unnamed Fortune 100 company. The report helped lift Plug Power Stock by 7% to $3.46 and set the stage for continued momentum over the following months.

Plug Power went on to impress investors in its third quarter earnings report in early November. The company said gross billings were 100% higher year-over-year at $125.6 million and marked a record quarter high. But what really stood out was management revising its full-year billing guidance higher from$10 million to a new range of $325 million to $330 million.

Nio is a China-based electric car maker that was a penny stock for most of 2019 but saw a change of fortune in 2020, mostly due to it being labeled the "Tesla of China."

Shares were trading for the most part as a penny stock from January through June. Investors started to realize that the Chinese EV market is at least three times the size of the U.S. and maybe even up to four times larger. In other words, the market is certainly big enough for Tesla and a handful of rivals to all generate impressive sales figures.

By July, Nio's stock was trading in the double-digits and picked up more momentum in early October when J.P. Morgan analysts modeled upside potential to $40 per share. The research firm was right and shares blew way past its price target within a few short months.

Nevertheless, Nio made it clear in mid-December it is positioning itself to be a long-term winner in the Chinese market. The company said it will work with China's state-owned electric utility company to construct 100 battery charging and swapping stations as early as 2021.

Here’s to 10 Years of PurpleBeach: The Business Innovators on a Mission to Dri ...

The Benefits of Data Preparation