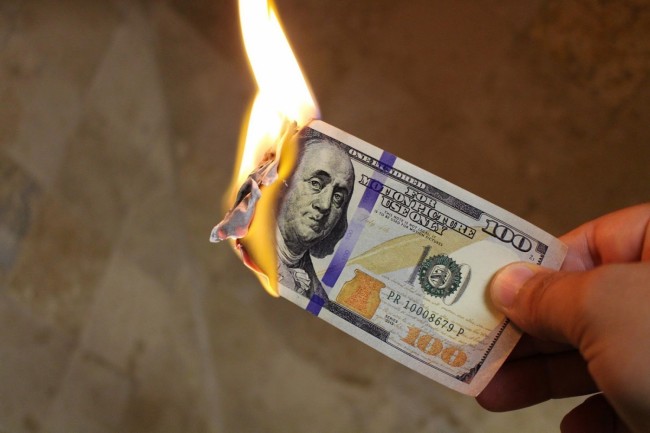 3:40 PM 2020
Print This Article Share it With Friends
by Eric Hamilton 

The Federal Reserve, the central bank of the United States, has been cutting down rates since 2019. The action is done to enhance economic recovery and battle low inflation in the state. Unfortunately, things got worse this 2020 due to the recent COVID-19.

Not only in the US, but the pandemic has been causing a global economic recession. It consequently prompted the Fed to take an emergency measure last week. The central bank had to slash its benchmark interest rate by a full to nearly zero percentage point. In other words, from a range of 1-1.25%, the interest rate went (previously) or may go down (possible in the future) in a range of 0-0.25%.

While short-term interest rates may mean affordable loans for many American citizens and a good thing for stock traders, it could still have other negative wide-ranging implications for the consumers' wallets, especially their savings. Read on to find out how and why.

However, this only happens on credit cards with variable rates, not for fixed-rate credit cards. They're directly associated with the Fed's benchmark rate, so they would more likely follow suit. Credit holders of this type of credit card would consequently experience a cutback in their annual percentage rate (APR) within one billing cycle or two.

Considering the said factors, several financial analysts foresee that credit card users may save up to $1.6 billion in interest, especially if a household owes $8,602 on average. Having said that, if APRs are down only temporarily, credit card debt will still be more costly or even more expensive.

When the Fed cuts interest rates, the banks would also lower rates on money market accounts, cash held in bank CDs or certificates of deposits, and regular savings accounts. As a result,  consumers will earn less interest on their savings.

Although the Fed had raised the nominal rate for nine times from 2015-2018, banks were still tedious to increase the rates they pay on savings accounts. That, however, excludes online savings accounts, which regularly pay interest rates north of 2%. The thing is, if the central bank continues to cut rates, online banks would eventually reduce those interest payments.

Consumers can lock up their savings for more than a year, instead. It's the best move you could do in case the state's economy will steer clear from a recession, not to mention when the interest rates start to spike up once again. Also, in dire situations, applying for personal installment loans for bad credit online may help.

A rate cut benefits adjustable-rate mortgages (ARM) the best. ARM payments will decrease when the Fed slashes the interest rates down. It's even the best time to refinance at a lower rate. The refinancing window is still wide open these days. You, as an average American homeowner, can even save about $150 a month.

Federal student loans are usually fixed-rate, so they aren't' directly related to rate cuts. Private student loans, however, can be either a fixed or variable rate tied to some rates, including Treasury Bill (T-Bill) or prime rates.

If the central bank cuts rates, then the borrowers can potentially pay less in interest (similar to that of credit cards). That said, how much "less" depends on the terms and benchmark of a private student loan.

If you're one of those students who applied for both federal state and private loans, pay the private loans first. If at the moment you can't pay it off, consider refinancing your private student loans to lock in a possible lower fixed rate.

The federal funds' target rate plays a crucial role in the state's economy because both local and international rates are directly linked to or move closely with it. That's why interest cut rates should be done to bolster the economy.

Looking To Sell Your Home During COVID-19? Follow These 6 Tips For Success

Prepare Your Online Business for Scaling