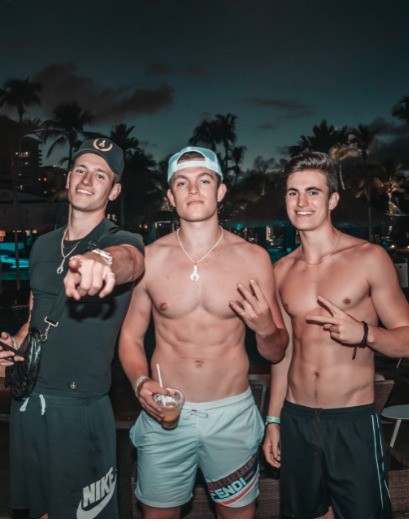 8:54 AM 2021
Print This Article Share it With Friends
by Ernest Hamilton 

Since mastering the Instagram marketing strategy with their companies, HighKey Agency and HighKey Clout, the brothers Lintz say they now have their sights set on making HighKey Coin one of the most valued creator coins on BitClout.

In a nutshell, BitClout monetizes the reputation of individuals and brands, allowing users to have full ownership of their hard-earned branding and clout. Anyone on the platform can buy and sell creator coins. Users decide how they want to invest their coins based on their own speculation of how a brand or individual will perform in the future.

Jackson, HighKey's co-founder, says he's always been interested in cryptocurrency and blockchain technology, so he didn't hesitate to launch HighKey's very own coin on the platform with his brothers help.

"Cryptocurrency and blockchain are similar to the internet when it was first introduced about 30 years ago," says Jackson. "A lot of people were skeptical at the start, but eventually the platform was able to prove itself in terms of security, speed, and efficiency, leading to a massive increase in users."

"The second we heard about BitClout, we were massively intrigued and impressed," says Luke. "We've always dreamed of a stock exchange that could trade clout and allow people to invest in personal brands, and the way BitClout was created went beyond our wildest dreams."

After being the first-ever investors of their coin on BitClout, HighKey Coin was verified on the platform in the same month it launched. In no time, they reached a market cap of $600,000. Recent developments even saw HighKey Coin joining the platform's Top 100 coins as of April 2021.

And the brothers are showing no signs of slowing down or wanting to cash out on their gains any time soon. According to Jordan, their interest in the potential of BitClout remains high, touting endless possibilities of what the platform can lead into as the first digital currency to enter the realm of social media, he says. BitClout is now considered the main turf for HighKey and its companies, he adds.

As such, the brothers are urging their followers to take a gander at BitClout and everything it has to offer.

"BitClout will be a place where entrepreneurs and businesses who heavily believe in investing in themselves will come and become top creators, because the investment in their brand will directly correlate with their notoriety and clout on the platform," says Jordan Lintz.

Moving forward, the three HighKey co-founders say their aim is to build relationships with their top coin holders while also re-investing in their own brand to increase their value on the market without ever liquidating stock.

After all, they say they believe HighKey coin is headed for the moon, and they surely won't be the ones left behind on that trip.