Generation Z is Changing Everything About Startups, and Launch House Is Here for It 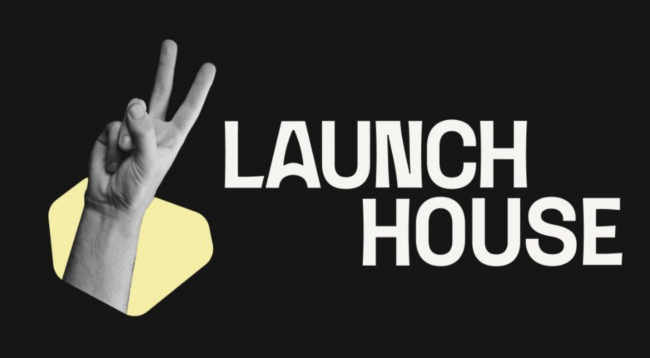 11:58 AM 2023
Print This Article Share it With Friends
by David Thompson 

From fashion to activism, Gen Z is showing the world that it does things a little differently than its predecessors. And that's holding true for the world of startups, where young founders are forging a new path, even as many leaders struggle to keep up with their preferences. Fortunately, the founders of Launch House - Brett Goldstein, Michael Houck, and Jacob Peters - are here for the change, and ready to serve today's entrepreneurs in the manner they're seeking.

A Period of Reinvention

For Goldstein, this kind of adaptability is nonnegotiable, as he notes, "Silicon Valley is kind of recreated every 15 years or so, and it's usually shaped by the people who are building the big companies." As new generations enter the workforce, they wind up having an outsized effect on startup culture. As such, it's not exactly surprising that the new generation of founders is ready to change everything about Silicon Valley. In fact, it's to be expected - which is why Launch House is so well served to meet their needs.

But how can they pinpoint those needs while so many other institutions struggle to adapt? It's quite simple, says Goldstein: "We talk to our customers all the time." Of course, for this generation, those needs are changing - and quickly. But, says Houck, "Because of our network, we have a pretty good sense of where things are headed, but also where things are right now. And so, when we see people talking on Twitter or at events about certain topics over and over again, especially if that has accelerated, it becomes clear that there's interest in some way for us to service that topic."

The Topics of Today

In the past, figuring out technology was perhaps the biggest challenge facing founders. But now, Goldstein says, "There's stripe, AWS and so many no-code tools. Startups are getting just easier and easier to build." Even as this threshold for entry to the startup world has lowered, new challenges have presented themselves, which means "the next generation of founders will have to be absolute killers at go-to-market distribution," Goldstein notes.

Knowing what Gen Z founders need to succeed, Launch House has tailored its offerings accordingly. That's why, Goldstein says, "A lot of the reason that people come to our community is because they want to excel in these new social media and distribution platforms. So, I think that's probably a unique feature of Launch House. If you compare [Y Combinator], which tells people not to use these platforms, we kind of encourage it. So that would be a unique characteristic."

Beyond giving entrepreneurs the tools to navigate the muddled world of social media marketing, Goldstein asserts that Launch House is also "a social community. We do value other aspects of life. We do value that mental, physical health. So, you do see people in the community who are founders of really successful startups taking time to hang out with friends and do other stuff like that."

Of course, this model is appealing to Gen Z founders, and Goldstein acknowledges that: "Historically we've skewed younger, but that's changing every single day." Now, the wave is catching on, and Goldstein sees the community expanding to include "people in their 40s all the way through" members as young as 18.

If counting teens among their ranks sounds shocking, it's actually less surprising than many people think. Goldstein explains that, today, "The biggest companies are consumer companies. And these are usually started by fairly young folks." In turn, he says, "I think younger generations wind up shaping culture more than older generations."

Given this shifting landscape, Goldstein observes, "You have Gen Zs and young millennials who are becoming this kind of dominant entrepreneurial force, which is shaping the culture of the Silicon Valley." And what does that mean for industry leaders? He explains, "You're seeing a lot more people demanding more from their investors beyond just capital, or looking for more from their lives than just climbing the venture capital hierarchy."

Now, even as they make pressing demands from the financiers, Goldstein notes that younger founders "typically need more learning and guidance." But they need it to come through meaningful avenues, which is why, he says, "We've catered a lot of our programming and things to them."

What's the end goal for the community? It's quite simple, really, according to Houck. He plans to adapt and mature along with his young and mighty community, with the end goal of helping "there be more startup founders who are building incredible things."

The Impact of Multimedia, Internet, and Games on Politics

Generation Z is Changing Everything About Startups, and Launch House Is Here for ...

Minimizing Risk in the Ecommerce Industry