HighKey Coin: A Trailblazer in the First-Ever Crypto Social Network 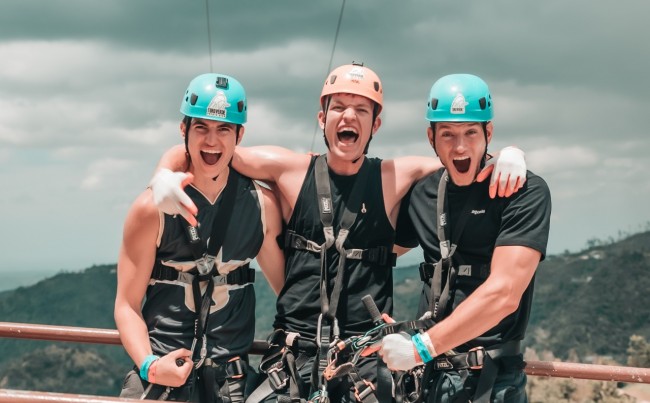 9:08 PM 2021
Print This Article Share it With Friends
by Ernest Hamilton 

Decentralization in different sectors has become one of the biggest trends of the past year. In fact, several industries are currently shifting to a more decentralized system to allow for more participation and transparency. Two of the industries said to be moving toward decentralization are advertising and marketing companies as well as financial institutions.

Interestingly, there's one platform that has successfully merged these two sectors together, and that's none other than the first-ever decentralized social media platform called BitClout.

BitClout has managed to revolutionize the social media space by offering a fully decentralized platform through blockchain technology. With infrastructure comparable to leading cryptocurrency Bitcoin, BitClout takes a step further by incorporating social media into the mix to allow people to invest in their favorite celebrities and personalities.

This is achieved through their creator coin system. All BitClout users are given a corresponding creator coin that can be bought and sold by others on the platform depending on their popularity. The price of one's creator coin is therefore dependent on how many people believe in their overall personal brand growth. To get the ball rolling, BitClout developers have uploaded the profiles of top Twitter users by extracting Twitter's open API. This means that even if famous personalities have yet to claim their BitClout profiles, users can still start buying their creator coins.

The latest development in BitClout is the introduction of Non-Fungible Tokens (NFTs) on the platform. Still powered by blockchain technology, NFTs are digital assets that represent a piece of digital content, which can be bought and sold.

One important thing to note about BitClout is that it is not owned by any single company or person. This means that, to date, it is the safest and most risk-free social media platform, where users can share their thoughts without the possibility of getting their data and other information sold to the highest bidder. BitClout users have the option to simply use the social media component of the platform or maximize the use of their account by investing in creator coins. Plus, there also won't be any risks of accounts getting deleted on BitClout, too.

HighKey Coin is owned and managed by Jordan, Luke, and Jackson Lintz. They are the masterminds behind the leading celebrity and personal branding management company in Puerto Rico known as HighKey Enterprises. For the Lintz brothers, the creation of BitClout is a dream come true. For one thing, it is the pioneering social media network that is fully decentralized, which gives its clients full ownership of their content. The brothers fully believe that this concept is the future of social media.

Jordan Lintz also sees the big opportunity that BitClout has given them to create their very own coin. This, in turn, has given them the ability to continue investing in their own brand.

Because HighKey was one of the first companies to join and invest in BitClout, HighKey Coin is now one of the top creators on the site. The Lintz brothers admit that they have invested over $1 million into BitClout and their coin because they believe that the platform is a long-term investment because it may very well be the next Facebook.

But aside from making sure that their creator coin stays on top, HighKey is also at the forefront of BitClout's growth. As a social media branding company, they have taken it upon themselves to onboard clients onto BitClout and offer BitClout management services, too. They are currently in charge of managing the BitClout profiles of famous personalities like Bella Thorne, Antonio Brown, Evander Kane, and Michael Carter-Williams.

With the way things are going, HighKey Coin will stand as one of the trailblazers of BitClout and the entire social media industry.

Avoid These Mistakes When Pitching to Venture Capitalists