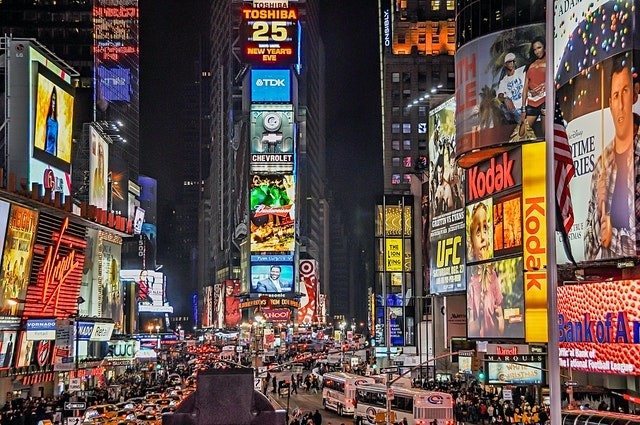 1:26 PM 2021
Print This Article Share it With Friends
by Ernest Hamilton 

All businesses need an effective marketing plan to grow. While there are many different styles of marketing, CGI Communications takes a different approach that has proven to work for many businesses. What they specialize in is giving video tours of different municipalities across the country.

CGI Communications CEO Bob Bartosiewicz describes his company as a big video company specializing in creating city video tours and movies for cities which go on the city websites. They focus on promoting cities and what is special about their particular city. These video tours give people an idea of what's special about a particular municipality. The City Video Tours are provided cost-free to the municipality and CGI then produces videos for sponsoring businesses that defray the cost of the program.

Many businesses have commented that these videos bring them new customers in their city, and residents notice their support of the program.

How Did CGI Communications Begin?

CGI Communications wasn't always a video-focused marketing company. Actually, when the company first started, they focused on hand-drawn personality maps for smaller and medium-sized cities across the country. These unique illustrations quickly got CGI Communications, and CEO Bob Bartosiewicz noticed all over the country.

The journey first began in 1989 when CGI first started producing hand-drawn city maps. Then after two years of focused and determined effort, CGI was rolling and Bob opened his first significant office for CGI Communications in 1990. However, at this point in time, the company was going by the name Community Graphic Inc.

They soon added Community Banner programs to their offerings for cities and also provided print-based marketing.

However, it wasn't until the early 2000s when this company really started booming.

From Print To Video

In the 80s and 90s, print was the biggest form of media. People would often find out about new and upcoming businesses through local newspapers and magazines. Almost every household had a daily newspaper delivered, and it was very common for people to have subscriptions to one or more magazines. So if a new company wanted to be noticed, it had to be published in print.

Once the internet started to take over in the 2000s, Bob Bartosiewicz knew it was time to make some adjustments to the company if he wanted CGI to continue being successful. In 2004, CEO Bob Bartosiewicz made the choice to start focusing on internet and video marketing.

As the company expanded into other areas of digital media and marketing they decided the "graphics" part of their name didn't quite do the company justice and they changed it to "Communications", becoming CGI Communications.

This was a huge jump for CGI Communications, but it was one that proved to be worth it. The internet was becoming the place for marketing and advertising, and Bob wanted his company to be one of the first to get on board.

CGI Communications Rochester, NY, is one of the leading city advertising companies in the country. They currently have two different divisions, eLocalLink and NEXT! Ad Agency. The company works with different municipalities to create videos that will highlight their main points of interest. These videos show people what there is to do in the community and teach them more about the area's history, highlights, and the attractions that make the city special for businesses and residents alike. These include local attractions, real estate, community organizations, and other aspects of the community.

The digital and online reputation sectors of CGI Communications are always busy. They still continue to do such advertising projects for local businesses. Between their city videos and their local business advertisements, this company is dedicated to helping to increase interest in many municipalities across the country.

CGI Communications has over 125 people in video production, making sure these projects run successfully.  While the company originally started making videos for places close to home, they are now doing city videos for municipalities across the US and Canada.

In 2005, when they first opened an office in Rochester, they were ecstatic to be in a city office finally. After all, the business focused on celebrating what's great about cities. Over the years, the company has expanded greatly and now has offices throughout the country in Chicago, Richmond, Louisville, and Knoxville. Things are only getting bigger for CGI Communications.

How CGI Communications Does It Better

Advertising and marketing is a competitive business, and Bob Bartosiewicz wants to make sure his team gets it right. Bob has gone above and beyond to make sure he is running one of the top workplaces in the country. He doesn't mind investing in his employees because he knows they will make the best choices for his company in return.

CGI Communications takes digital marketing to the next level, and they make sure their employees are ready every step of the way. As a result, employees feel listened to at CGI because they are granted things like adjusted summer hours, paid parking, and special events, which many companies don't offer. The staff also gets rewarded with financial bonuses for their hard work and commitment to excellence.