How Can You Secure Your Business From IoT-related Data Breaches? 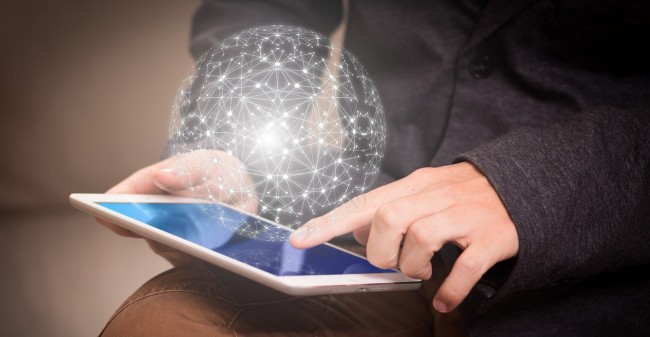 1:37 PM 2020
Print This Article Share it With Friends
by Staff Reporter 

While the Internet of Things has had a profound impact on the modern way of living, it has equally influenced how businesses run. As the IoT technology continues to progress, enterprises worldwide have started to leverage its power to increase productivity, cut costs, and enhance asset utilization through efficient processes. Although there's tremendous potential in the implementation of IoT within businesses, it is still worth analyzing the risks associated with IoT devices and the damage that they can cause to any organization. Thus, you should always look for ways to secure your businesses from IoT-related data breaches.

Further bearing witness to the risks that unchecked IoT networks pose to businesses is the Ponemon Institute's research. Out of the 625 security experts interviewed, 15% (2017) agreed that the cyberattack or data breach was due to unsecured IoT devices. Moreover, the number of security individuals saw an increase in 2018, to 21%, which further increased to 25% in 2019, suggesting a spike in IoT-related security breaches.

Not only does the prevalence of IoT-related data breaches raise a significant security concern, but it also places a staggering amount of consumer and business data at risk. Perhaps, a reason behind the frequency with which IoT-related cyberattacks occur is the lack of a cohesive standard of security for IoT devices, making it extremely difficult to detect any abnormalities in behavior patterns.

To understand the vulnerabilities that threaten IoT networks, one needs to have a thorough grip on each component of a typical IoT system. Usually, an IoT network can be broken down into four parts before scrutinizing any threats. These components are (1) Device, (2) Communication Channels, (3) Cloud Interface, and (4) Application Interface. Within each particular IoT component, multiple vulnerabilities present. Securing an IoT network is quite an arduous task since all the separate components face separate threats.

Considering the dire consequences that may arise if these vulnerabilities continue to plague the IoT, we've compiled an article that focuses on the practice that can help CISOs and employees secure the IoT devices on their networks and minimize the threat of data breaches and cyberattacks.

Four Ways to Secure Your Business From IoT-related Data Breaches

As we've already mentioned above, the IoT has turned into an ever-expanding phenomenon, with no chances of its staggering growth slowing any time down soon. While the risks that face IoT networks might seem incredibly daunting, there's still a silver lining to look forward to. Here are some security practices that businesses can employ to secure their IoT networks:

To uphold security within their IoT networks, organizations must maintain thorough lists of all the devices connected to their respective networks.

It is critical to secure each device present on the network (since it can be leveraged as an entry point by malicious agents). Devices that handle sensitive information must be prioritized over the rest.

While conducting a thorough discovery audit of your organization's IoT network, there's a high chance that you come across devices that shouldn't be on your network in the first place.  These devices consist of smartwatches, smartphones, etc., belonging to your employees.

Although most of these devices connect to your network for a short period, it is still enough time for them to gain permanent access to sensitive company information, which is why you must detect these devices and segment them into a separate network. It means the more of these untrustworthy devices you allow to connect to your system; the more entry points become available to hackers, which significantly increases the risk of a data breach.

The one thing that organizations need to get their minds across is that IoT security will always be a joint effort. Considering the interconnectivity that fosters within an IoT network, it becomes apparent that for a security strategy to succeed within the context of IoT, it has to be a collaborative effort.

Furthermore, since there are multiple stakeholders of IoT devices, it is highly unlikely for any security strategy to be successful unless everyone is on board with the plan. A collective effort to minimize the risks posed by IoT-related data breaches sees various business units working together to secure devices via a multi-layered approach.

Although opting for a multi-layered approach doesn't eradicate the threat posed by data breaches, it creates a security' bubble,' which, at the very least, makes a delay, which creates some time for the malicious agents to be detected and dealt with accordingly.

Additionally, in exercising a joint security effort, different business units within the organization must take great care to segment the devices on a separate, more secure network. In doing so, you ensure that the organization's most confidential data is protected, even in a data breach's unfortunate event.

If you're running a business, chances are you'll need to rely on third-party vendors for a variety of goods and services. Further adding to the dangers posed to an organization's IoT network is that these third-party vendors can also play a significant role in data breaches on a company's network.

Perhaps the best example of the danger of placing blind trust in a third-party vendor is the Target data breach. The company's HVAC contractor stored confidential network credentials on their system, which were later compromised due to an IoT-related threat. Third-party vendors can prove to be disastrous to an organization's security, which is why companies must invest in a robust vendor risk management program.

Typically, IoT vendors tend to go out of their way to demonstrate to their consumers the security of their created devices. However, IoT vendors often can boast, primarily because of the complexity surrounding IoT devices and networks.

Furthermore, there is a sheer lack of standards in developing IoT certification, which gives cybercriminals leverage to carry out data breaches since each device follows a particular security protocol. Some organizations, like Underwriter Labs(UL) and NIST, are developing a standard for all IoT devices, regardless of their manufacturer.

Since the effort towards developing a single security standard for IoT devices is still a work in progress, organizations must incorporate IoT security within their cybersecurity infrastructure. It can be done by securing firmware, OS from IoT devices, and API security to all third-party integrations.

While the threats originating from the ever convoluting IoT network might seem daunting from a distance, following the tips mentioned above is undoubtedly a step in the right direction. Although exercising robust cyber hygiene is vital to maintaining IoT security, it is also equally important for manufacturers to realize the dangers that IoT-related vulnerabilities pose and act accordingly.