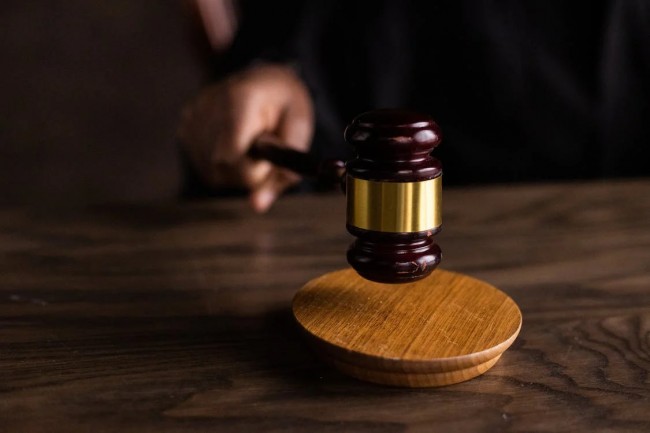 8:27 PM 2023
Print This Article Share it With Friends
by David Thompson 

"It is better that 10 guilty persons escape than that one innocent suffer."

Even at its best, the American criminal justice system is imperfect. At its worst, it can be a nightmare - especially for someone wrongly convicted of a crime. It's a scenario that North Carolina-based entrepreneur/philanthropist/leadership coach/author - and one-time inmate - Greg Lindberg knows only too well.

Tried and convicted of a crime - the conviction was later overturned - Lindberg spent close to two years behind bars. (Lindberg recounts his journey of incarceration at Alabama's Federal Prison Camp Montgomery in the recently released 633 Days Inside: Lessons on Life and Leadership.) Unlike other inmates who lacked substantial resources, Lindberg was eventually able to get the verdict reversed. Now that he's free, he's fired up and determined to help others fight for justice.

"I've spent the last 20 months incarcerated at FPC Montgomery," Lindberg stated at the time of his release. "I cannot begin to describe the challenges of being separated from family and friends, from the work I care about and the communities I work closely with. But I have been teaching courses in business, entrepreneurship, stress management, and interviewing for jobs, and I have learned as much as I have taught. I have tried to use the time here in a positive way and I am grateful to those who have helped me to do so."

Greg Lindberg Puts His Money Where His Mission Is: Seeking Justice

Since securing his freedom - and even before - Greg Lindberg has been on a personal quest to right some of the wrongs endemic to the U.S. legal system. With a mission to raise awareness of government malfeasance and hold the "bad actors" who attempt to pervert the course of justice accountable, in 2020, Lindberg founded the nonprofit, solution-driven Interrogating Justice. The organization's other key goals include ensuring  fair sentencing of those convicted of crimes regardless of their race or economic standing, as well as ongoing efforts to support post-sentence reentry and providing access to equal legal redress for all.

"I have been disturbed by the consequences of prosecutorial abuses and unjust incarceration of nonviolent offenders for some time," Lindberg said in a statement reported by the Associated Press. "Recent events have exacerbated these concerns. Most people can't afford to fight and they get rolled over by prosecutors.  'Justice for all' is sadly a mirage in much of today's America."

That same year, Greg Lindberg pledged  $1 million to the American Civil Liberties Union earmarked for its Criminal Law Reform Project, a program aimed at overhauling the criminal justice system from "the front end," as stated on its website, by means of "strategic litigation and advocacy that promotes reform and challenges racism ... and seeks an end to excessively harsh crime policies that result in mass incarceration and criminalization and stand in the way of a just, equal, and humane society."

"The 'justice' system is broken and your freedom is at risk," Lindberg declared in a June 23, 2020, statement reported by the website Los Angeles Post-Examiner. "Major reforms are needed. Even for someone with an ability to hire the best counsel, fighting the U.S. or state government can wipe people out - emotionally, financially, physically, spiritually. Most, unfortunately, emerge not 'rehabilitated' but ruined and defeated. They can't get a job, start a business, or even open a bank account. And for what end? Families, lives, and futures are destroyed."

Perhaps Greg Lindberg's passion for helping those less fortunate stems from his own blue-collar background. While he was the first in his family to graduate college, Lindberg took the lessons of hard work and dedication he learned from his relatives to heart.

Even as Greg Lindberg parlayed an initial $5,000 investment he made during his undergraduate days into what would become a multinational corporation with more than 7,000 employees, he never lost sight of his roots. (He says seeing a ledger book in which his grandfather's wages were recorded at 8 cents per hour left a lasting impression on him.)

As his fortunes grew, Greg Lindberg's commitment to charitable outreach grew commensurately. Over the years, his philanthropic efforts have included providing college scholarships to the tune of $200,000 to business students attending historically Black North Carolina colleges and universities, a $50,000 donation to the Special Olympics of North Carolina with a focus on health and nutrition, and in 2020, a corporate donation distributed to nonprofits in the U.S. and overseas that was responsible for funding the first 100,000 meals as part of a commitment to provide 1 million meals globally to areas affected by the COVID-19 pandemic.

In the forward to 633 Days Inside, Greg Lindberg reveals, "I find that the most powerful lesson in navigating failure and adversity comes from Napoleon Hill (author of the groundbreaking 1937 self-help classic Think and Grow Rich), who wrote almost 100 years ago that "every adversity, every failure, every heartache carries with it the seed of an equal or greater benefit."

Greg Lindberg has taken those seeds of adversity, culled from his own experiences and from those of others, and sown them time and again. The crops he's harvested through the years continue to feed a world hungry for charity and justice.