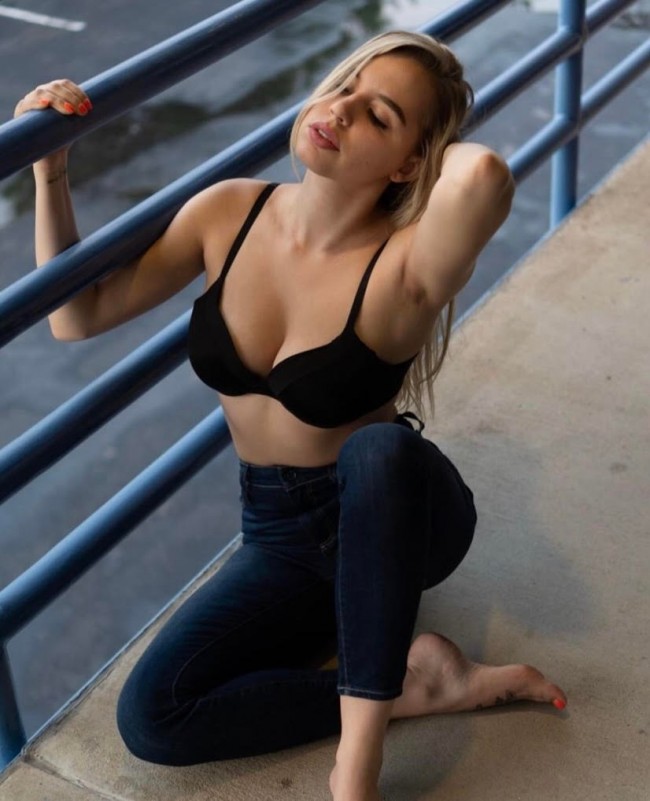 9:24 PM 2021
Print This Article Share it With Friends
by Ernest Hamilton 

Needless to say, the COVID-19 pandemic struck the whole world by surprise, affecting every sector and causing millions of people to lose their jobs. The leisure and hospitality industry was one that suffered by far the most considerable losses since April 2020, as efforts to contain COVID kept Americans homebound.

According to CNBC, the leisure and hospitality industry caused 7.7M individuals to lose their jobs, that's 47% of total positions. Approximately. 5.5M chefs, waiters, cashiers, and other restaurant staff lost employment. The majority of these people filed unemployment claims and hoped that they would get their jobs back once the situation calmed down. However, one lady was reluctant to sit at home and do nothing.

When coronavirus prevented Harley West from earning her paycheck as a bartender, she decided to take matters into her own hands and find another source of income. West already had a solid following on Instagram, and her friends and followers encouraged her to start a modeling journey.

"April 2020 was a scary time for me. I had to improvise and find a way to stay afloat during a pandemic. Many of my followers at the time had already recommended that I start a modeling career on Instagram, but it wasn't until I lost my job that I had considered it," West says.

West says she believed becoming an Instagram star would be just as difficult as becoming a Hollywood celebrity. However, she says she decided to give modeling a try anyway. She started uploading content on Instagram daily. At first, Harley West says she worried she wouldn't be able to provide quality content for her followers since she was spending most of her time at home.

"Many of my photos were taken with my iPhone in my apartment during quarantine. I was surprised my followers didn't prefer extravagant photoshoots, but they really loved seeing my real life. It's like they felt a deeper connection to me and got to know me on a more personal level," she says.

When she started out, West had a little over 10K Instagram followers. In less than a year, she was able to grow her following to more than 200K. She says she swears by consistency, which means never missing a day to upload.

West has already established herself as an Instagram star, and she says she plans to keep building her brand, even with her previous bar job opening back up.

"If COVID has taught me anything, it's not to put all my eggs in one basket and to make time for my passions." she said, "I want to keep learning more about this industry and furthering my social media modeling career."

When asked about advice for aspiring models, West says she recommends everyone start working on their dream career sooner rather than later.

"If you dream of a certain career, start working on it as soon as possible. Sometimes, it might require you to step out of your comfort zone. But, in the end, it always pays off," Harley West says.