Founder of Globetrotters, Niranjan Shah, on His Background, Success Story, and Philosophy of Getting Ahead 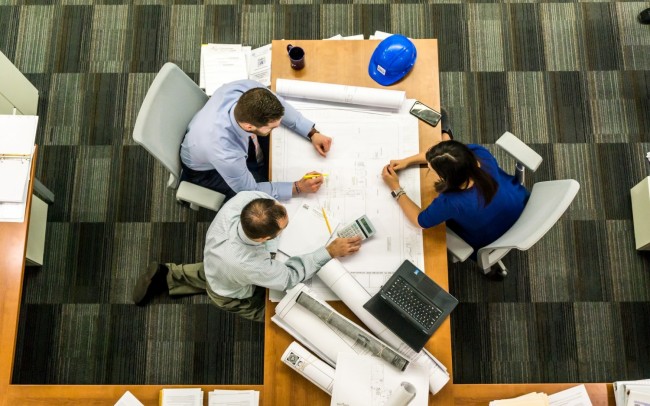 9:37 AM 2022
Print This Article Share it With Friends
by David Thompson 

Niranjan Shah is a well-known businessman in Chicago, and the founder of Globetrotters Engineering Corporation. His life has been an epic journey since his childhood in a small village in India. See how he managed to climb one success at a time.

Shah may not have had electricity or running water as a child. What he did have was a big heart and a community that cared about him. If you want to know why he's so devoted to his philanthropic work, you can trace the reasons back to his time on the other side of the world. When so many people in India never had the chance to go to college, his promise and potential led him to Sardar Patel University.

He was determined to make the most of this opportunity, particularly when he understood that most of the people in his village would never be afforded that kind of chance to get ahead. In 1964, Shah earned his bachelor's degree in civil engineering. Incidentally, his chosen field had a lot to do with his upbringing. He knew that more civil buildings in his village would have made a difference.

From Sardar Patel, he won a full scholarship to the University of Mississippi. Again, his family and village threw their support behind Shah, and he would eventually get his master's degree in civil engineering. He took an even bigger step after that, going to Harvard Business School and completing the university's executive management program. By this time, Niranjan Shah was thinking big. He wanted an empire of his own in the engineering sector, and he was determined to build it. Having the executive background would be his ticket to building a company that could survive in a competitive landscape.

Creating His Own Career

Shah decided to get his feet wet with consulting, but after working through the challenges of each project, he decided he would be better off creating a job that fit better with his talents. In 1974, the Globetrotters Engineering Corporation was founded to service clients with big dreams. Designed to be on the cutting edge of the field, the firm has since completed some of the biggest undertakings in the US and beyond.

The Chicago's Deep Tunnel Project, Chicago O'Hare Development Project, the reconstruction of I-80: these are just a few of the projects that Shah's firm has overseen. He was awarded with the Outstanding Civil Engineering Achievement Award from the American Society of Civil Engineers as well as the Consultant Exceptional Service Award from the Illinois Department of Transportation.

Shah was thinking ahead when he considered the kinds of services his company should offer. He also wanted to challenge people's expectations of what a civil engineer should be able to provide. When people think about civil construction, they likely think about government buildings and bridges.

What they might not think about is the technological aspect of the job. In Illinois, many of the fiber optic networks are thanks to Niranjan Shah's Globertrotters. All of his experiences gave him a clear understanding of who his company could serve, what it could do, and how it could be the possible version of itself.

After overseeing the construction terminals in the airport and infrastructure in the 911 Emergency Communications Center for Chicago, Shah learned a lot about what residents and commercial interests alike need to thrive. Over 40 years, he's managed to revamp the landscape of his home state and then some. He's worked with a variety of branches in the US government, and he consults for countries like Costa Rica, Indonesia, the Ivory Coast, Nigeria, the Philippines, and Belize.

Leaders are beset with requests day after day, so part of managing their to-do list means picking and choosing what to prioritize. As leaders scale their companies up to match the high expectations they set for themselves, it's easy to see why they might let philanthropy fall by the wayside. For Shah, though, it was never an option to deprioritize philanthropy. He didn't let all the demands of his organization get in the way of giving back to the people around him. Just as others had selflessly given to him as a young boy, he was ready to give back to people who were every bit as worthy of a chance to get ahead.

Shah built a high school and medical clinic in his home village in India, so other people could get the same opportunities as he did. He also stepped into something of a diplomatic role in order to strengthen the United States's relationship with the country of India. He worked with the chairmen of the Committee on Foreign Relations in an effort to improve communications and reduce tension and misunderstandings between the two countries.

He's also worked with sitting presidents like Reagan, Bush, and Clinton. He was closest to the latter President, and even spent a night at the White House. The connections that he built along the way have been instrumental not just in his career, but to his homeland. In his role, he advocated for issues that are near and dear to the people of India. Without his insight combined with a direct line to those in power, it would have been difficult (if not impossible) to make any kind of headway.

Finally, Shah has also been a major presence during major crises. When India experienced the Gujarat Earthquake in 2001, Shah sent relief efforts in the form of 200,000 pounds of food, clothing, and medical supplies, all of which were airlifted to distressed areas as quickly as they possibly could be. He also ensured that these areas had the money they needed to rebuild. Thanks to his efforts, he received a Glory of Gujarat Award in 2005.

Niranjan Shah Talks About Getting Ahead

There are so many paths to success these days that it's hard to see which ones have the best chance of success. Some successful professionals will tell you to have the courage of your own convictions, even when others tell you not to go forward. Others tell you to emulate those you admire and you will eventually have the life you want.

For Niranhan Shah's part, he puts a lot of emphasis on the details. He advises people to really analyze their strengths and weaknesses. This includes not just hard skills, like the ability to solve complex equations, but also soft skills, like the ability to know when a colleague is upset and how to stop the situation from deteriorating. For many positions, the latter skills would be far more worthwhile than the former.

There are opportunities and connections everywhere you look, but many are hidden in plain sight. Niranjan Shah says that having a negative mindset isn't unusual, nor is it even incomprehensible. After all, there are plenty of so-called sure-fire bets that never actually come to fruition.

Still, he cautions against this self-defeating attitude. The more we fall prey to that kind of negative thinking, the more likely it is that all the opportunities will pass us by. He encourages everyone to approach situations with a questioning mind, but not to immediately assume that an idea is poor or that the person pitching it has nothing to contribute. It can get us in trouble far more than we realize.