From an RV Park to 10 Acres of Land: The Tale of Jaden Garza of Nomad Internet 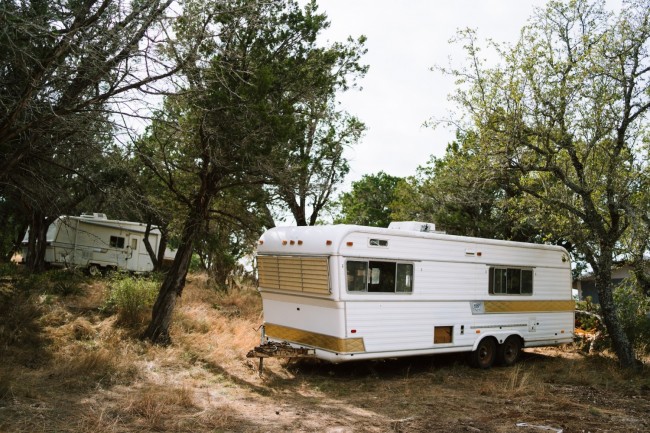 4:08 PM 2022
Print This Article Share it With Friends
by David Thompson 

Jaden Garza started Nomad Internet the way that many entrepreneurs do: he spotted a problem and decided to act. With so many people online today, it can slip the general public's mind that access remains a problem for many. It's a rarity for people to have problems streaming Netflix in Austin, but it's a way of life for people in rural areas of Texas.

Garza had first-hand experience with RV parks, and it was frustrating on several levels. Nomad Internet began as a simple mission to bring reliable internet to these sometimes-forgotten locations, but it expanded too so much more. Learn more about the story of Garza, how he leveraged emerging technology, and how the company went from two people to a stand-alone office building on 10 acres of land.

In 2017, Jessica and Jaden Garza understood that the equipment and resources in rural areas would be an obstacle to getting online. The connection speeds were slow at best and useless at worst, largely because the infrastructure simply wasn't there. Of course, they didn't just assume that nothing could be done either. As the world moved more toward online services, they also weren't willing to just accept the situation as-is.

In Johnson City, TX, they decided to take on their first challenge at an RV park. The problem wasn't that the park didn't have WiFi, the problem was that the park couldn't handle the traffic. The owners wanted to know if the Garzas could expand the bandwidth so people could run multiple devices at the same time without fear of being kicked off from one or the other (or both). This scaling question would be one that would come to define Nomad Internet. After they were able to give people access in Johnson City, they were able to move onto Seguin.

Plenty of people stay in RV parks over the course of the year, and they all have different expectations of the experience. Some people are extraordinarily wealthy, and they'll stay in parks for a day or two as they crisscross the country on a quest for adventure. Others are middle-class families, people who want to see the USA without having to pack up all their kids' belongings every few days. There are also full-time RV parks, though, ones where individuals and families live all-year round.

For the Garza's next job, they were asked to bring internet access to people in a full-time park. This was a special request for Jaden Garza and Nomad Internet, as he knew how important it was for the residents to get on WiFi. There were parents scheduling appointments for their children, professionals checking their email, and individuals using it for any number of other critical necessities.

As he considered the options, Garza decided that LTE would be the best way to not only improve the functionality of the internet, but to keep costs down too. Today, we see LTE at practically every turn, but when the Garzas were first starting out, it was by no means a universal technology. The decision to utilize it meant that residents in Seguin received an additional 40 megabytes/second, an improvement that was welcomed by everyone.

San Jacinto and the GSA

Even though the Garza hadn't been in the game for all that long, the news of their efficacy spread. It got to the point where some high-level people were hearing about the team's ability to stay within a budget. In 2018, the Girl Scouts of America (GSA) wanted to give their members the internet in a park in San Jacinto, but they were appalled at the estimates they were getting. When one of the providers said it would cost the team more than six-figures to provide internet access for the group, GSA decided to look elsewhere.

They asked the Garzas for a quote, which was far more reasonable. To conserve costs, Jaden Garza decided to negotiate an excellent rate for both an LTE kit and a base station through BaiCells Technology. This ensured fast speeds and low prices for the GSA, which would earn Nomad Internet more notoriety. It was also a foreshadowing of the company's success.

Garza was able to think fast on his feet and exploit opportunities that other people couldn't see. He was adept at handling the hiccups at the beginning until he had a clear strategy for how to reach his end goals. Between the years of 2018 and 2020, the company built on these initial achievements. They were largely working with businesses during this time and continuing to build relationships across Texas. In 2020, they decided to switch to serving individuals rather than businesses, offering up to unlimited for digital nomads who couldn't be tied down.

The pandemic changed how people lived, communicated, and worked, and it would also change how Nomad Internet serviced its customers. Jaden Garza realized that he could scale services to work with people in rural communities, even if they didn't live in an RV park. He could continue to use LTE technology, and because he didn't rely on fiber lines, he was able to keep his prices down for individuals the same way he was able to keep his prices down for businesses. What he gave people during COVID turned out to be a lifeline, one that they could use to manage their affairs and get the news they needed without having to rely on anyone else.

By the fall of 2020, Nomad Internet had doubled their customer base to 10,000. By then, the company had already hired a full-time staff, and they were excited to move from a shared office space to a private space. However, they wouldn't last long in their private space because the company was growing so rapidly. By early summer 2021, Nomad Internet had 20,000 customers, and several big reasons to level up their offices.

Now, the company has a stand-alone building on 10 acres of land. As the name suggests, the culture encourages wander and wonder. Employees walk the grounds and use the outdoors for inspiration. If they're stuck, they might turn to the sunshine to clear out the cobwebs. The Garzas also take a great sense of pride in personalizing the office space, creating an environment where people don't just come to work but actively enjoy being there.

A Nod from CNET

CNET is a consumer review platform that's known for its unbiased assessments. People come to their website to understand more about what they're going to buy before they shell out their money. CNET is known for promoting companies that do what they say they're going to do, which is why Nomad was a recommendation for anyone wanting affordable and reliable internet in rural areas.

Nomad Internet has always been upfront about their services. The company doesn't advertise unlimited internet because Jaden doesn't want to make promises that they can't keep. He'll do everything in his power to give customers the best possible internet for their location, and his reputation is for honesty across the board. That's why he was so proud to get an endorsement from CNET, and why the company's logo is proudly displayed on Nomad's website.

As the feature founder of Nomad internet, Garza has been instrumental in giving his customers direct-to-consumer WiFi services in communities that are off the beaten track. He's known for his ingenuity both at the office and at home. He was able to use LTE to bring costs down without slowing down the connection speeds for his customers. Jaden Garza Nomad Internet will continue to push boundaries so his company can continue to grow.