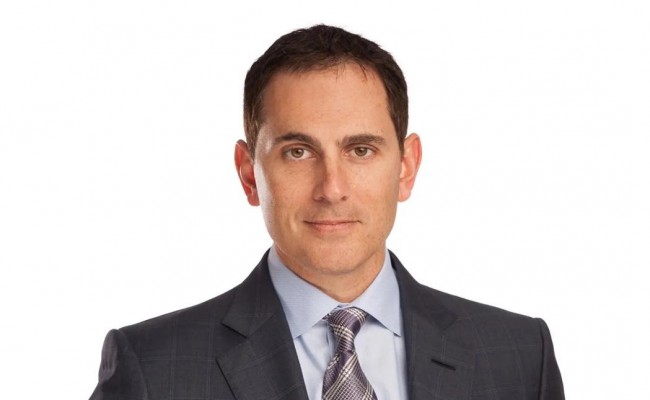 3:40 PM 2022
Print This Article Share it With Friends
by David Thompson 

Lucas Joppa is joining Haveli Investments, a private equity firm founded and owned by billionaire philanthropist Brian Sheth. Joppa had served as Microsoft's chief environmental officer and one of the architects of the software giant's plan to remove more carbon from the atmosphere than it emits by 2030. Microsoft has also established a $1 billion fund to invest in emerging technologies for carbon removal.

"I've always had the thesis of impact - prove that a company can take sustainability and start placing it at the core of how it operates," Joppa told Bloomberg. "What inspired me to do this when I joined Microsoft, it was almost like debugging a corporate operating system with, 'Hey, can you really steer this thing in the same direction, but in a slightly different way? Running a little bit more efficiently?' And if you're going to try to get a company to do something, you can try to get a big, powerful company to do something."

Joppa's performance with Microsoft's sustainability program attracted Brian Sheth's attention when he was looking to fill the role of chief sustainability officer at Haveli. Joppa will also sit on Haveli's investment committee, allowing him to invest in companies that set meaningful sustainability goals.

Brian Sheth is known for his dedication to ecological activism. "The biggest challenge of my generation is to maintain some sense of ecological balance and [to ensure] that we have clean air and clean water for my kids and hopefully several generations after that," Sheth said in an interview with Worth magazine.

"If you look at something that's going to impact all of the people on the planet - and disproportionately impact people who are used to a great standard of living, i.e. Americans - environmental degradation is No. 1 on the list."

Haveli will develop a series of funds for this purpose; the first one will be targeting video gaming businesses. Sheth has already raised $500 million in venture capital for this fund and plans to raise a total of $750 million in VC. He also plans to expand Haveli's investments into other areas of the tech industry. Sheth is no stranger to fundraising, having raised billions of dollars in his career as a private equity investor.

Joppa's primary motive in making the move to Haveli was to show that a company can put sustainability measures at the core of its operations, which is the same motivation he had when joining Microsoft. He feels this process is like debugging an operating system because the end goal of each fix is to make it run a little more efficiently. Microsoft provided an additional incentive for Joppa because it's a large company with the power to influence others into meeting sustainability goals. This made Joppa feel extremely fortunate to have the opportunity to work with Microsoft because its program turned out to be greatly transformative for organizations throughout the world.

"Moving forward, sustainability and software will remain at the center of my world, but this time in the world of private equity," Joppa posted on LinkedIn. "I will be using everything I have learned, and learning a whole lot more, as I look to advance global sustainability outcomes through this new role. For those of you who know me well, you know I have had a long-standing desire to help build a company from scratch, and that is what I am setting off to do."

The next step for Joppa is to replicate this success with Haveli, which he could do with a serial or parallel approach. The main challenge with this method is remaining sensitive to each company's unique sustainability goals while ensuring consistent progress toward reaching them. "It's a longer duration of engagement, a deeper engagement model and an engagement model that allows you to think about corporate operations and governance and ownership at the same time," he says.

Joppa's attendance at COP26 in 2021 was a major reason for his decision to join Haveli. This conference on global climate change, held in Glasgow, Scotland, showed him that corporations were finally starting to spend significant resources in pursuit of their sustainability goals. "Coming out of COP26, the furthest I came from the thought of that incident was, 'Wow, the money is starting to grow,' he told Bloomberg. "I knew this because I was moving money to Microsoft, but I actually came away with, 'The second sustainability wave has begun.' The first wave was all about large corporates making meaningful commitments and showing progress on their promises. The second was that the corporate leadership was then about to start the flow of resources into the economy."

Many companies develop policies for environmentally sustainable business practices, commonly known as greenwashing. However, not all of them take these policies as seriously as needed to achieve those goals. Joppa was concerned about this possibility when he entered the environmental sector and wanted to find other specialists interested in concentrating on sustainability.

This desire led him to private equity, because many early-stage VC firms are trying to enter the climate space. These companies tend to have a small minority ownership, which makes them vocal about the topics they care about. However, Joppa is looking for deeper engagement with companies with a majority ownership.

The current trend of scorching weather during the summer of 2022 makes it challenging to remain positive about correcting climate change before it's too late. Joppa considers himself a generally optimistic person with pessimistic tendencies.

Joppa believes the climate situation was already bad in 2020 when Microsoft announced its plans to become carbon-negative. He thinks it's worse today, making it more important to develop solutions as quickly as possible.

He told Bloomberg, "I am very optimistic that we, as a species - we, as a global society - will respond to the inputs that come into our systems. And the good news is that solutions are beginning to form. Financing is now available. It's all happening. Sure, it's a race against time, but I'm optimistic that it's a race we're going to win."

Joppa remains confident that climate change can be reversed before it becomes irreversible - and with experts like him and Brian Sheth at the helm, the planet has a fighting chance.

"What I have learned over the past decade is that building an environmentally sustainable future requires maturing sustainability markets at an almost incomprehensible speed, scope, and scale," Joppa wrote on LinkedIn. "And that is exactly what I'll be focusing on in my new role."