Uncovering the Causes of the Global Inflation in 2022 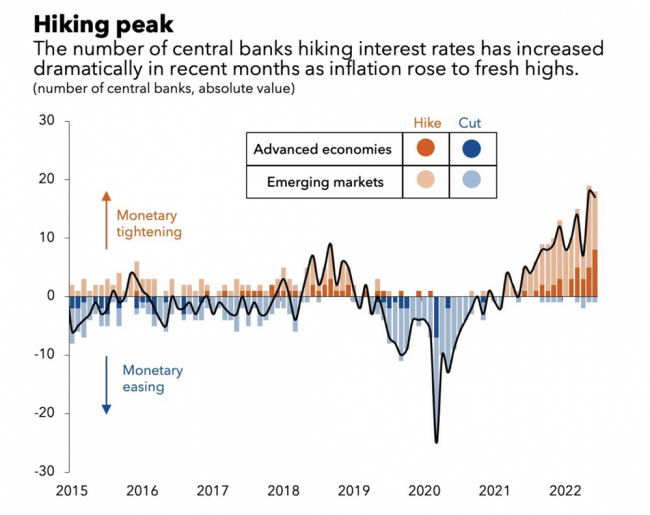 5:57 PM 2022
Print This Article Share it With Friends
by David Thompson 

Without a doubt, 2022 has been a challenging year for worldwide markets. Several issues, including supply chain bottlenecks, political instability, and climate change, are driving up worldwide costs for daily commodities. Moving forward, businesses and individuals may adapt better during times of volatility if they have a solid knowledge of the short - and long-term sources of inflation and how this will affect consumer purchasing.

Overview of the Global Markets in 2022

During 2021 and 2022, the annual inflation rates of most nations increased, while Europe, Brazil, Turkey, the United States, and Israel had some of the greatest increases. Approximately half of Eurozone nations experienced double-digit inflation by June 2022, and the region's average inflation rate hit 8.6%, the highest since its establishment in 1999.

Inflation targets for most central banks are normally between 1.5% and 4% per year. As prices tend to increase faster than salaries, high inflation reduces the purchasing power of people with savings or a fixed income. Hyperinflation, the most severe manifestation of this phenomenon, may result in a complete economic collapse because the currency loses value so rapidly that it becomes effectively worthless.

Cost-push inflation and demand-pull inflation are the two primary sources of inflation. As PWC indicates, in 2022, the world economy is experiencing a robust combination of the two, which helps explain why the figures are so high.

Lingering Effects of the COVID-19 Measures

To stop the virus from spreading further, governments all around the globe instituted emergency lockdown procedures and sealed their borders. By doing so, we caused a wave of disruption all the way across the supply chain. One theory advanced by Stanford economist John B. Taylor and Johns Hopkins economists Steve Hanke and Nicholas Hanlon, is that the upsurge in inflation in the United States was caused by the significant increase in the money supply when M2 expanded at a monthly rate of between 22% and 31% in the first few months of the 2020 pandemic. Early in the COVID-19 pandemic, other governments throughout the globe implemented similar stimulative measures to promote the health of their citizens.

The money that was given out as stimulus and the financial support that the government gave citizens made this situation much worse. People continued to purchase stuff despite having less money to spend. Because there were fewer available goods yet there was still a high demand, prices increased naturally. The waves of panic purchasing that happened at the beginning of the pandemic contributed significantly to the prices being pushed much higher than they already were.

How the Russian-Ukrainian Conflict Fuelled the Global Inflation Levels

Without a doubt, the Russian invasion has significantly altered the political landscape. We may be stepping into a new period of economic fragmentation, undoing four decades of globalisation that lowered firms' manufacturing costs via offshoring. The invasion of Ukraine resulted in a slew of economic penalties on Russia, including the freezing of its central bank's foreign currency reserves and the assets of some Russian firms and people.

Moreover, the developing world is at risk of widespread starvation and unrest due to high food prices and shortages, which have been made worse by the suspension of fertiliser and grain imports from Ukraine and Russia, which are just now beginning to resume. 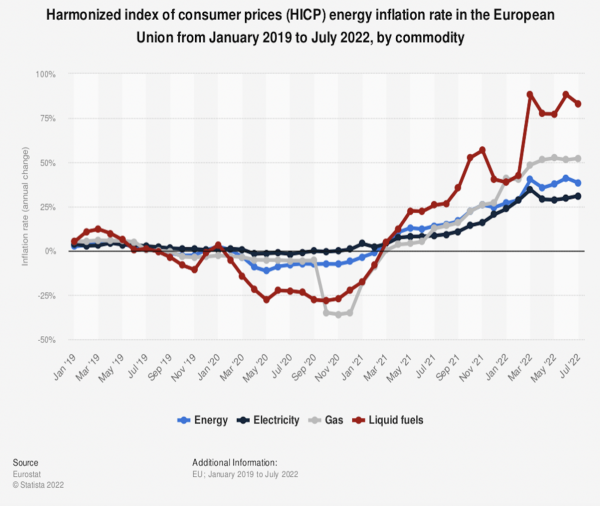 Following the removal of the first restrictions on COVID-19 economic activity grew globally. During the pandemic, consumers boosted their savings and reduced their spending, but they are currently boosting their consumption rate again. The economy and consumer demand are expanding, so businesses may raise prices without losing clients. Overall, the growth in customer demand, particularly for electronics, has surprised the suppliers, as the pandemic has shown that many businesses are unaware of the susceptibility of their supply chains to global shocks. For instance, components manufactured abroad, such as semiconductors, are in limited supply. When components and a spike in demand for items containing these components are scarce, prices will inevitably rise.

Some analysts said that price gouging may have contributed to the inflationary increase. They observed that in recent decades, key sectors, like retailing, had consolidated into oligopolies that controlled marketplaces and, as a result, wielded more pricing power.

Furthermore, in an inflationary environment, consumers are aware that prices are rising but lack a solid understanding of what reasonable prices should be, allowing retailers to elevate consumer prices further than the inflation they were experiencing in their costs, thus permanently locking in higher prices. There was circumstantial but inconclusive evidence that this was occurring, and most economists at the time did not see price gouging as a major cause of inflation.

Inflation Dynamics in Europe vs the US

Inflation Levels in the Euro Zone

Overall, while inflation is at high levels across the globe, some causes are more prominent in some regions than others. In the United States, demand has had a larger influence on inflation than in other countries. This is presumably the effect of both the American Rescue Plan and Donald Trump's economic relief initiatives. Furthermore, the United States spent more to avert economic disaster during the epidemic than the rest of the globe combined. This resulted in a stronger economic rebound but also increased inflation.

Conversely, in Europe, the supply impact has been more influential. The conflict in Ukraine was more of a direct blow to Europe than the rest of the globe since it prompted the continent to attempt to lessen its dependence on Russian oil and gas. This caused the current increase in inflation in Europe.

Further supply chain disruptions and unexpected energy price shocks might drive price rises in Q4 2022 and afterwards. In 2022 and 2023, countries with a stronger dependence on energy imports may witness bigger inflationary consequences if energy price increase accelerates. It is anticipated that this would exacerbate price pressures and impede economic development in the Eurozone.

Nevertheless, inflation causes a lot of hurdles, but it also provides chances to improve efficiency, innovation, and pricing methods. Leaders will be better positioned to react successfully if they stay abreast of growing inflation rates and their influence on company and consumer behaviour.

Ron Bauer is a venture capitalist, entrepreneur, business mentor and author, with over 20 years of experience. He is focused on the Life Sciences, Technology, EdTech and Natural Resources sectors, where he has created several exciting ventures side by side with some of the world's leading entrepreneurs and scientists as well as world class academic institutions. Ron holds a Master of Business Administration (MBA) degree from the University of Cambridge.

Ron was the Co-Founder of Turkana Energy, which merged with Africa Oil in 2009. The company went on to have a peak market value of over $3 Billion Canadian, having raised more than $1 Billion of equity after Tullow successfully drilled Turkana's oil concession. Ron is a principal investor in many biotech, tech and natural resources companies.

Minimizing Risk in the Ecommerce Industry

Led by a Dynamic and Experienced Team, Techreo is Transforming the FinTech Indus ...

Uncovering the Causes of the Global Inflation in 2022

Ethey Is More Than Just A Brand, But A Platform En Route To Transforming Canadia ...