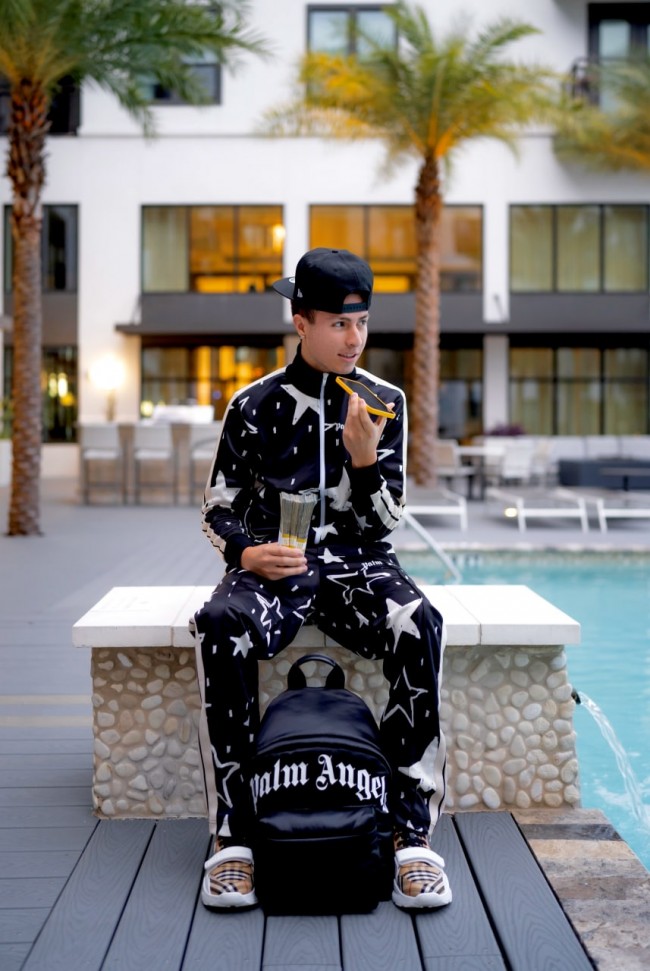 12:24 PM 2022
Print This Article Share it With Friends
by David Thompson 

A billionaire's personal fashion sense is often discussed as an essential part of his entrepreneurial success. Fashion choices range from sharp-suited Wall Street magnates like Mike Bloomberg, bona fide style icons like Giorgio Armani, or even Mark Zuckerberg's gray shirts from Brunello Cucinelli. Yet, style is often dismissed as an inessential part of entrepreneurship.

It turns out, however, that there's a sweet science behind the connection between style and success. A study published in Nature Human Behavior showed that high-quality clothing can positively affect outcomes with regard to negotiations and client perception.

One entrepreneur who figured out both style and success is real estate entrepreneur Reno Davis. He's known not only for his rapid rise in Miami's bustling real estate market but also for his impeccable fashion sense that has taken social media by storm.

For fans of his sleek fashion sense, it's almost impossible to believe that Reno doesn't come from money - and even more staggering when one learns that he started out doing manual labor.

"I actually started out as a landscaper, working under the hot Florida sun for around $19 to $20 an hour," says Reno. "While I didn't really mind the work, I wanted to eventually be my own boss and have the financial freedom and flexibility that comes with building your own business."

This thought led Reno Davis to research real estate, capitalizing on Miami's booming market. His lack of capital led him to real estate wholesaling, wherein Reno takes the role of a middleman between sellers and interested parties. By committing fully to his business, through self-study and constant work, deals began to come at a faster and faster pace.

Today, Reno is part-owner of his own Miami real estate firm, and each deal is worth more than months at his landscaping job.

Real estate acumen, however, isn't the only reason Reno has turned heads. As mentioned, he's built a reputation for his dazzling threads and flashy overall packaging. Reno is often spotted around Miami in designer brands like Burberry, Dolce & Gabbana, and Gucci, with his outfits finished by custom-made Johnny Dang jewelry and a brand-new yellow Jaguar F-Type R coupe with a unique multi-color wrap.

"I'm proud to show that I can bust out $3,000 for a pair of sneakers or that I can get a luxury car because I know I put in the work for it," shares Reno Davis, who was recently spotted courtside in a Miami Heat game, standing out even in a sea of Hollywood celebrities, with his $5,000 Dior outfit.

In spite of this loud persona and extravagant wardrobe, one of the greatest aspirations Reno has worked on is to help the community by opening his own Miami-based charity.

"As someone who came from landscaping, I feel like many who've reached great positions in life can tend to think only of themselves," he says. "But I know life's bigger than me, and I really want to give back to the community and to Miami's homeless because I know how it feels like from the other side."

Successful Businessman Jason White, On How Being in the Coast Guard Helped to Se ...

​​Kole Samman: Charting a Path of Success in Technology, Film, and Fashion