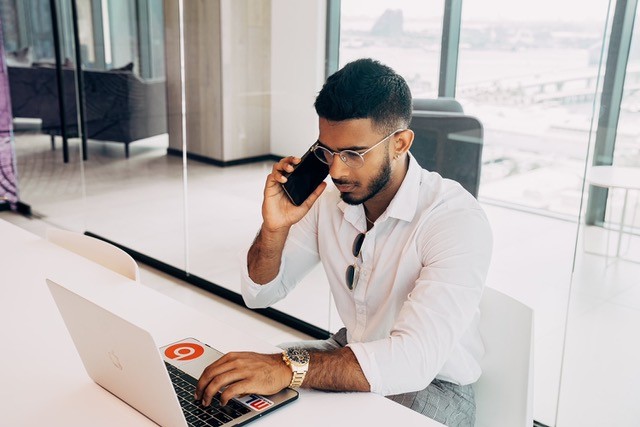 1:41 PM 2022
Print This Article Share it With Friends
by David Thompson 

Sid Sriram grew up expecting his most ambitious goals to be out of reach. As a second-generation immigrant from a lower-middle-class family in New Jersey, he showed up to his stable nine-to-five, did his best, and clocked out. His routine continued but he desired more, and as time went on, the rising popularity of real estate became too glaring for Sriram to ignore.

While his background gave him the enterprising "all-or-nothing" mindset that is essential to entrepreneurship, it also meant he had none of the necessary capital for something like real estate. However, he was determined to find a way. Hard work, dedication, and a risky-but-effective business model would make up the difference.

"I use a rental arbitrage model where I clean up and lease properties from owners before subleasing it for short-term rentals," he explains. "When I started this, I had next to nothing to my name. I had to drop all the money I had and use all the credit I could to make my initial investment. I also had to continue working my nine-to-five job to have a stable source of income. The first few months were grueling, and I could only sleep three to four hours a day to juggle my business and my day-to-day work. I spent most of my time off cold calling to find deals from property owners or planning out my overall strategy."

After a slew of sacrifices and financial close calls, however, Sid Sriram's strategy soon began to pay off. In December of 2021, Sriram lost his nine-to-five, which left him no choice but to focus on the business entirely. By June 2022, he projected a gross income in the six-figure range per month with high margins, growth fueled by strategic moves.

Thankfully, Sriram's not one to be secretive. He has a couple of easy tips that allow him to cost-effectively maximize the quality of his rentals. For example, a furniture rental service gives him access to a flexible rotation of modern furniture. He also recommends hiring professional photographers to get a refined edge when capturing one's property. Having a king bed, Sriram also shares, is a surprisingly encouraging factor for getting tenants into a property.

But his biggest piece of advice?

Keep communication personal with everyone on the team.

"I try to contact every member of my team, from my virtual assistant to the cleaners, directly and regularly," he says. He cares about building relationships. "I'm also willing to pay above market and offer them benefits other employers won't even think of. Over time, this builds relationships with my employees and gives me a lot more value with the quality of work and loyalty they deliver. My experience says that if you go above and beyond for your employees, they'll go above and beyond for you."

Sriram wanted to share tips like these and more with aspiring entrepreneurs, so he put together a course in real estate at a price nearly anyone can afford.

"This course is really inspired by my background as an immigrant with less financial opportunities," Sid Sriram explains. "Real estate investing has been the best asset class for hundreds of years, but it's become inaccessible to people who are in the lower middle class. I wanted to make that kind of financial opportunity acceptable to every kind of person, not just those born into wealth."