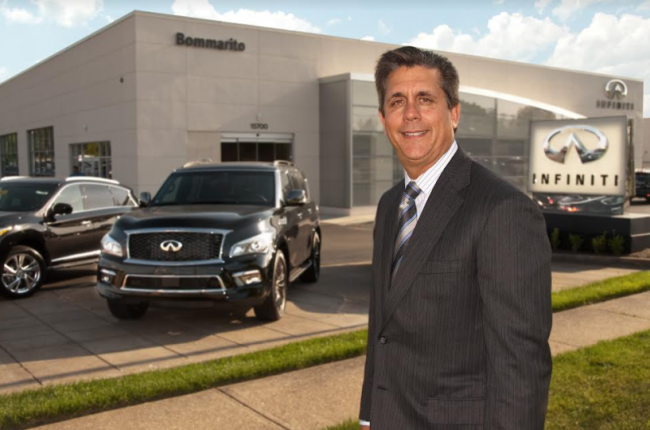 3:34 PM 2022
Print This Article Share it With Friends
by David Thompson 

It takes a lot of courage, resilience, and determination to make it in life, a theory perfectly proven by John J. Bommarito. Starting his journey at the age of 12, John is now a celebrated entrepreneur and car expert.

According to John, his passion for the industry started way back when he was a child. His family has been in the automotive industry since 1952, and it was through watching his dad manage his shops that he developed an interest in the profession.

At the age of twelve, John was parking and washing cars in his fathers' company. His determination, dedication, and strong work ethic enabled him to quickly cement his place, and he was promoted to the service and parts department. Here, John got to hone his skills even more, learning how the "backbone" of the organization worked, an experience that has greatly helped him in his career.

John started by selling Mazdas, later joining the Nissan location, where he was the finance manager before being promoted to sales manager and ultimately the general manager. In 1992 he purchased an Oldsmobile-Cadillac store that was on the verge of going bankrupt becoming General Motors youngest ever Cadillac dealer.

The St. Peter's store ranks 4th in the South Central Region in Cadillac sales, and Mazda is 2nd in the St. Louis Metro area, allowing Bommarito Automotive Group to solidify its spot in the industry.

"Success is the culmination of repeated efforts, considerable risks, and countless mistakes," says John. He says that learning from his failures has helped him avoid common pitfalls and become better at his job.

Before he officially joined Bommarito Automotive Group, John had just been accepted to Stanford University Medical School. John is the holder of a psychology and premedical degree from Eckerd College. Despite John graduating in the top two percent of his class and being admitted to a prestigious university, he took a risk and decided to follow his automotive passion.

He took a year off to put to rest his strong automotive desires, but he quickly realized his passion was far too great to be left unexplored. Through hard work, resilience, and determination, he has now attained his goal of providing everyone with their dream car. John was named a "President Club" winner, receiving the prestigious honor for outstanding sales and services awards from franchises like Nissan, Toyota, Ford, Honda, Cadillac, and Toyota.

As John continues to prosper, he is at the forefront of shaping the future of the automotive industry. In 2018, after meeting Jordan Anderson at WWT Raceway in 2016, Bommarito Automotive Group successfully started a NASCAR Gander Outdoor Truck Series team with driver/owner Jordan Anderson. In the coming years, they added the #31 Xfinity Series Bommarito Chevrolet to team as and they have continued to see substantial growth and success in the challenging Nascar Series of racing. John says their goal is to continue working hard to grow Jordan Anderson Racing and Bommarito Autosport and at the same time bring world class racing to his own home town at WWT raceway. As you can see with John at the helm, the automotive empire they started just over 50 years ago is in good hands