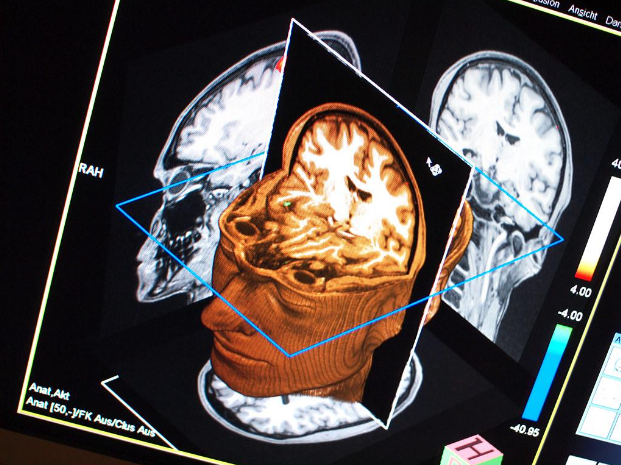 2:03 PM 2022
Print This Article Share it With Friends
by David Thompson 

The high costs and extensive infrastructure requirements associated with traditional MRI machines have made access to this life saving technology extremely exclusory and left a sizeable opening for companies that set out to optimize, revolutionize and eventually dominate this notably promising market.

With a projected CAGR of 6.1% of MRI market growth between 2019 and 2027 as reported by Mordor Intelligence and an increasing number of physicians manifesting their intention of switching to modern, more convenient technologies, this space commands the attention of scientists, inventors and investors alike.

San Francisco based Neuro42 is on a mission to spearhead the transition to a more efficient future for magnetic resonance imaging. To get there, it is using cutting-edge advancements in MRI technology and robotic tool guidance to assist with neurosurgical interventions. Striving to become the world's first commercially available portable brain MRI and robotic system for surgical guidance, its technology is blazing an entirely new trail.

For physicians this will mean that they can confirm the outcome of their surgery in the OR before closing up the surgical wound. From a patient perspective, Neuro42 will enhance the entire journey. In a clinical setting, patients will no longer have to travel to an additional imaging facility for follow-up scans or experience the discomfort caused by claustrophobia or fatigue like in a traditional MRI. In a surgical setting, patients can rest assured that their physicians have the most advanced intraoperative tool to confirm the success of the procedure. The company - which conducted both a successful Seed Round and a Series A - is set to conduct its Series B during Q2 of 2022.

By leveraging the power of AI and robotics, along with advanced imaging technology, Neuro42 is uniquely positioned within its market category, exhibiting multiple strategic advantages that other companies in the space do not possess.

An established team of serial entrepreneurs and proven executives including Amit Vohra, PhD, MBA - Chief Executive Officer - and Abhita Batra, MS, MBA - Chief Strategy Officer - has worked tirelessly alongside world renowned inventors and expert physicians in a quest to positively impact the lives of patients, as the number of traumatic brain injury cases and other life-threatening conditions such as brain tumors and strokes reach unprecedented levels in the United States and abroad, demanding next level solutions for advanced screening, diagnosis and treatment including intra-operative live image updates, tumor resection confirmation, and robotic compatibility.

According to research conducted by Deloitte®, overall venture financing in medtech increased 67% since 2017 with the market expected to hit $600 billion by 2024. Among the states, California had the highest inflow of funding with medtech companies bringing in $9.3 billion in funding in 2021, as venture capitalists, funds and family offices alike look to benefit from the projected growth the sector is set to undergo, while hedging against the increasing volatility and diminishing yields of traditional investments such as bonds and securities.

Within the medical community, nearly 30% of surveyed neuro-physicians have stated they would perform interventional procedures such as biopsies and tumor resections with MRI guidance, taking key elements such as portability into account when choosing the ideal alternative to traditional options and strengthening Neuro42´s potentially transformational offerings which include an artificial intelligence engine that will incorporate a full 360° view of a patient´s data to provide faster accurate images, tissue classification and predictive analysis, an affordable, portable, high-tech point-of-care MRI that leverages its unique design to facilitate minimally invasive procedures and a state of the art robot for magnetic resonance guided interventions - all acting together in a what can only be described as a symphony of medical progress.

That is what the (not so distant future) holds.

In times of widespread market uncertainty sophisticated investors increasingly turn to industry niches that are ripe for major disruption; Medical technology has proven to be one of the most promising ones, as venture capitalists set their sights on a handful of entrepreneurs and their paradigm-shifting companies.

MedTech Company Neuro42 Continues To Raise Capital Amidst Increased Demand for A ...

5 Signs That You Have Bed Bugs in Your Room