Brad Hawkins is the founder and CEO of Safernet VPN 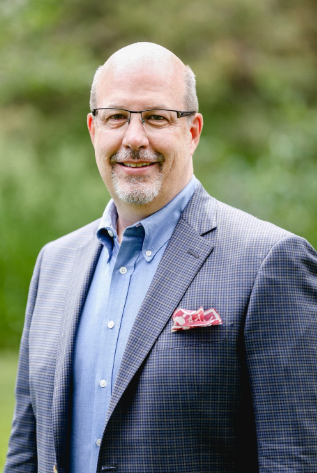 2:24 PM 2022
Print This Article Share it With Friends
by David Thompson 

Today, more and more people are discovering the significance of using a VPN program on their connected devices. VPN, which stands for 'Virtual Private Network,' is an application that helps a user create their very own protected network connection when using public-enabled networks. Utilizing a VPN encrypts your internet traffic and disguises your online identity-making it more difficult for third parties to track your activities online and steal your data.

Recent industry reports have revealed that the VPN ecosystem is growing rapidly. Studies have shown that around 68 percent of adults in the US are using a free or paid VPN for work or personal use-reflecting approximately 142 million users on a VPN throughout the year. During the COVID-19 pandemic, VPN usage increased by 27.1 percent, which was attributed to the shift to a 'Work from home' (WFH) setting. In hindsight, 36 percent of US subscribers are now utilizing a VPN as compared to the paltry 1.57 percent figure posted ten years ago.

Online security experts have long since advocated for the use of a thoroughly efficient and highly reliable VPN program, whose primary purpose is to hide the user's online activity, including essential personal data. VPNs are seen as perfect and strategic complements in the move to guard your devices against hackers on public networks-effectively hiding your IP address, browsing activity, and personal data on any Wi-Fi network, including the ones you use at work and home.

Brad Hawkins, CEO, SaferNet, a cyber safety and internet control app, explains how a typical VPN functions, "When you switch on a VPN, it establishes an encrypted connection between a user's device and a remote server operated by a VPN service. All your internet traffic is routed through this tunnel, which then sends the traffic off to the public internet as usual."

Hawkins, who is an avid investor that has helped in the setting up of many start-up companies in the last few years, shared that he developed SaferNet to protect families and their presence online.

He stated, "We developed SaferNet to protect families and their presence in the online connected world-making it a safe and secure environment."

Asked about what makes SaferNet stand out among the many VPN applications that are out in the market today, Hawkins' reveals that SaferNet integrates three crucial components of cybersecurity-a 256-bit encrypted VPN; virus protection embedded into the VPN itself; and administrators' access to 200 internet controls, which are essential complements to managing and controlling the network.

He adds that SaferNet is also presented with other strategic advantages to its users, including the presence of a VPN pause switch, Google SafeSearch option, cloud-based dashboard, unlimited profiles, internet on and off killswitch, safety scoring abilities, app blocking, website blocking, off-time schedules, real-time notifications, 84 internet filters, and GPS tracking.

Hawkins also shared that SaferNet is the only VPN app that rewards users with free cryptocurrencies as an incentive to stay connected via the VPN.

Another thing that makes Safernet stand out is the fact that it runs on a 24/7 basis. Unless you consciously turn it off it remains on all the time. Most people use VPN's to turn on and off and connect to a specific location when they get on public WIFI to access the internet. Our VPN is on all the time, because there is no human element as to why it might fail. VPN's normally slow down internet speeds, but Safernet doesn't.

"These are fascinating times for the VPN segment, which is meant to help open doors to the connected world and not close them. SaferNet is fully committed to its mission of taking VPN and giving it to our users. We believe that SaferNet helps keep a lot of online users safe and secure in their daily online lives," concluded Hawkins.

How Ryan Flint is Redefining the Commercial Real Estate Experience

The Inspirational Story Of A Milestone Celebration Highlights Community Spirit A ...