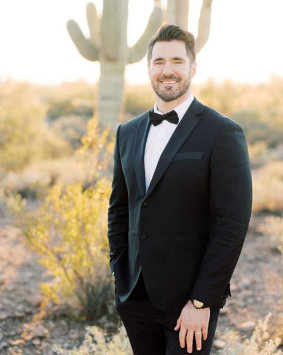 12:05 PM 2022
Print This Article Share it With Friends
by David Thompson 

Americans are paying a lot more for gas at the pump than they did even a few months ago. As Ferrari Energy explains, there are many factors to blame for the rising prices, including reduced production during the pandemic.

That shortage was compounded when the world's second-largest oil producer, Russia, invaded Ukraine at the end of February. Many western countries slapped Russia with economic sanctions following the invasion, including a ban on their oil and natural gas imports.

One potential source that could replace Russia's oil and gas supply is located right here in the United States -- the Permian Basin in New Mexico.

An already-existing pipeline transports hundreds of thousands of barrels of crude oil each day from the Permian Basin in the southeastern region of New Mexico as well as West Texas. Year-to-date, the pipeline is transporting roughly 500,000 barrels each day through Texas to the area of Corpus Christi.

The pipeline, built-in 2017, stretches 700 miles, originating in the basin and ending on Texas' southeast coast. From there, the crude oil can be shipped anywhere via the Gulf of Mexico.

While that current production is impressive, the potential is there for even more. In fact, the pipeline can carry approximately 100,000 more barrels each day than it currently is. It also has a storage capacity of 7.5 million barrels through terminals located throughout Texas.

The pipeline was originally built to handle growing production, meaning it has the power to replace the crude oil that is no longer being received from Russia.

Demand Can Be Met

In just the first few months of 2022, asset and land sales in the Permian Basin have reached billions of dollars. Energy companies are looking to capitalize on the increased demand for fuel, and the basin has vast gas and oil deposits that can meet that demand.

The CEO of one company that made a purchase there labeled the Permian Basin among the "most prolific" regions in the world for oil and gas. While the production of oil and gas there has been increasing in the last few months, there is still so much untapped potential.

New oil and gas rigs continue to be constructed every week in the basin, as energy companies are seeking to meet the demand for these fossil fuels at a time when the world is feeling the pain of the absence of Russian energy exports.

Economic Boom for the Region

The need for domestic oil and gas is a huge economic opportunity for energy companies and the region surrounding the Permian Basin. As Adam Ferrari, the CEO of Ferrari Energy, explains, not only is increased domestic production of oil and gas likely to reduce prices for consumer energy, but it's also likely to result in increased economic activity in the southwestern United States.

Any time there is an expansion of development activity for a particular industry, there is an additional boom in complementary industries. New rigs and pipelines require additional workers who need temporary housing, restaurants, and stores to frequent.

There are also related industries such as trucking and transportation that will benefit from the added activity in the Permian Basin. And much of this additional economic activity will stay in the surrounding region of New Mexico and Texas.

The Permian Basin has the capacity to meet the gap that was left by Russian oil and gas. It's up to energy companies and the U.S. federal government to act.

Ferrari Energy is a family-owned private oil and gas company focused on mineral and leasehold acquisitions. Founded in Denver, CO, with a focus on educating landowners, Ferrari Energy has consistently served the needs of the landowner community in the basins in which it works. Its operation covers several areas throughout Colorado, Wyoming, Utah, and N.D. Ferrari Energy has provided oil and gas leases to over 850 homeowners and held multiple lease signing events to accommodate the residents of Broomfield, Colorado.