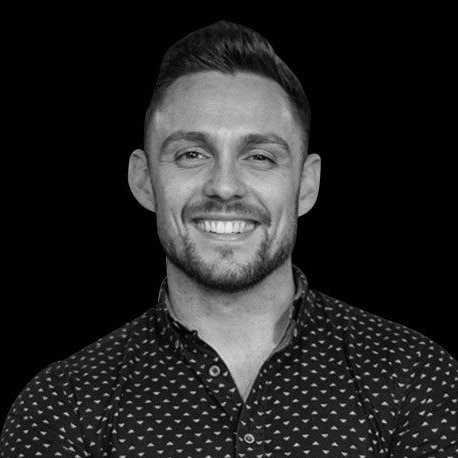 2:42 PM 2022
Print This Article Share it With Friends
by David Thompson 

Dan Ashburn runs an eight-figure Amazon sales venture over a successful 170-person team, has built over 40 brands, grew up building affiliate marketing websites as a childhood hobby, is ex-military, and is a sought-after mentor in the online sales space. He is the Head Mentor on China Magic, Co-Creator of Amazing Selling Machine, and Co-Founder of Titan Network. The latter is an exclusive membership-only group for elite Amazon sellers.

The man has obvious prowess in the Amazon sales field, which is where he was led after becoming overworked by his own seven-figure marketing business. We sat down with him to learn about what it takes to run a successful Amazon store.

It's Not Just Box Name Brands

"If you source products and print your brand on that product, you own your brand," said Ashburn. "On Amazon, you own one hundred percent of those sales. The trick is to find the sweet spot. Find something that only a few people are selling, that you know other people would want to buy if they had better photos and higher quality post copy, and exploit that."

Travel Outside the Box

Ashburn takes his Titan Network clients to China twice a year to source products for their white-label brands.

"We help them source for twelve days, then do a nightly MBA course on selling on Amazon," said Ashburn. "When you take someone out of their natural environment and submerge them into that knowledge away from their daily distractions, they're able to transform their business and their lifestyle much faster."

It may seem small, but little things like how you package a breakable product can make or break your business. Don't cut corners when it comes to how you ship things to your warehouse or to your customers - you will invariably lose money at some step along the way.

"The market is unforgiving," Ashburn shared. "We once lost over sixty thousand dollars because we packaged glass salt and pepper shakers with thinner cardboard than we should have. Don't make the same mistake I did, nobody will be there to clean up your mess. You have to do it, and it can hurt!"

Conversion is the Name of the Game

"Focus on conversion first, traffic second," said Ashburn. "The mistake most sellers make, including experienced sellers, is they're always asking the question, 'How do I get more traffic?' The algorithm is conversion-driven. If you get conversion right, traffic follows automatically; you're going to win pay-per-clicks because your performance history is better. That's going to generate more sales velocity, which will rank the products higher organically."

Learn When to Use Which Length of Keyword

"Target keywords with specific buying intent that aligns with your product to build credibility first, meaning reviews," said Ashburn. "The longer a keyword is, the more buyer intent there is. Use the targeted terms to generate your initial sales and get reviews, then once your reviews and conversions are in place, your click-through rates are solid, and your unit session percentage is solid, go after the broad keywords. Then your listing is in a position where it's mature enough to compete against the other sellers who have already gotten hundreds or thousands of reviews."

For example, 'purple hairbrush' is fine, but when you're first starting out, 'detangling purple Dora the Explorer children's hairbrush' is way better.

When we asked him for his closing thoughts, Ashburn had this to say:

"It takes patience and grit. You need to get up every morning thinking about your goal and knowing you will keep driving. Because insane success is right there for you, for anyone. That's why I love selling on Amazon so much - the freedom. But to access that freedom, you have to put in the work on the front end. I believe in anyone that wants to do this, so long as they follow the right steps and learn everything they can."

Dan Ashburn is an industry-leading Amazon entrepreneur with a team that delivers 8-figures in annual sales. Having used his ambitious and entrepreneurial mindset to build countless brands, he has become a sought-after speaker, inspiring crowds with his leadership and depth of knowledge on stages across the world. Dan is the Head Mentor on China Magic and the Co-Founder of Titan Network, an exclusive membership organization for elite Amazon sellers. For more information on Dan and Titan Network, please visit: https://www.titannetwork.com