Building a Successful Business by Putting in the Effort: Interview with Austin Andrukaitis 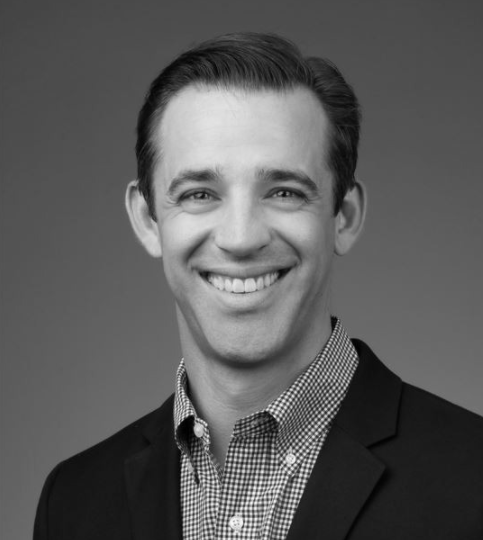 12:02 PM 2022
Print This Article Share it With Friends
by David Thompson 

Austin Andrukaitis of ChamberofCommerce.com has lived the benefits of putting in the effort and focusing on a goal. His high school wrestling career may not have been the official start of his entrepreneurial career, but it certainly contributed to his approach.

"While in wrestling, I picked up this quote from Tom Brands, who is now the head wrestling coach for the University of Iowa," Andrukaitis said. "He once said, 'The only thing you deserve is what you earn.' As a high school kid, that idea was very powerful to me. I carried it with me outside of wrestling, though, in retrospect, there were times I took it too far. I pushed and pushed and pushed and I probably crossed a line I didn't even know was there a couple of times."

Looking back, he can see the line more clearly in his interactions with his mentors, including his father, his grandfather, and a family friend affectionately referred to as Uncle Jerry.

Andrukaitis remembers hearing his father always talking about the next deal and the next opportunity. The days of the local car auctions were especially exciting. His dad would finish working the auction, and bring home the latest Black Book pricing guide.

"I would take this book and compare it to the Auto Trader prices," Andrukaitis said. "It was research for finding cars we might be able to turnaround for a profit. But, I think, it was also a chance to learn how to understand how business works in many ways. The process really put into context the idea of buying and selling something for a profit."

His grandfather owned an engineering firm and provided work for family members during the summer months. Andrukaitis was inspired by watching his grandfather run his own company and have the people working for him look up to him.

"He showed me there are seven days in a week and 40 hours is just a number," he said. "I'm certain this helped establish my own vision quest of being a business owner.

"One summer, I had put in my 40 hours for the week. I went into his office - it was a Friday afternoon - and told him I was done. He glanced at his watch, then me. 'Did you finish checking the drawings I gave you?' I said, 'No, I have a bunch more to go.' He paused, then said, 'I guess I'll see you tomorrow morning.'"

At the time, the lesson learned was to pitch in to get the job done, put in a few more hours to get ahead, give more than the expectation.

"I worked out that, if you work just four more hours on the weekends, at the end of the year you end up working 26 more days than the people who take the weekends off," Andrukaitis said.

Uncle Jerry owned a construction company. When the opportunity presented itself, Jerry would have Andrukaitis help with projects. The projects would usually include advice and insights into the business side of the work, such as material and labor costs and profit.

"These are skills I still use today," he said.

As he moved out of high school and into college, Andrukaitis was regularly putting in 70 to 80 hours per week on school and various jobs and side ventures. The schedule became the norm rather than an outlier as he progressed through his career.

"I did these things to put myself in a position where I could have an opportunity to own a brand like ChamberofCommerce.com," he said. "My thinking was, I need to do this so the previous owner would have to take me seriously on the acquisition. In the end, I earned the opportunity I believed I deserved."

These days, Andrukaitis remains grateful for the lessons learned and the opportunities received, but he recognizes the myriad downsides to the possibility of overworked employees and job burnout.

"The idea of being an entrepreneur was ingrained in me at an early age and it still resonates at a deep level," he said. "I've always been willing to do whatever it takes to complete a task. I was willing to take risks on things where I was in control of the work performed. I believe this is something that all entrepreneurs have in them in some way.

"A lot of people like to say, 'The word quit isn't in my vocabulary,' or 'I don't know the meaning of the word quit,'" he said. "I understand the message, but I think there is a better way to put it. 'I'm willing to put in the time and the effort to get the job done.' That said, I know you can't push yourself forever and still get results. There has to be a recovery time, a chance to rebound and refresh."

For example, he recommends getting a good night's sleep on a regular schedule. Maintaining a solid work/life balance also offers the ability to reinvigorate your batteries.

"I think there is a fine line in pushing your employees to be their best and burning them out," Andrukaitis said. "In my experience, straddling the line can, a lot of times, yield the best results. I like to push employees in cycles. Working hard for a few weeks and then having some downtime is important so the employee knows there is light at the end of the tunnel.

"It's also important to lead by example. If you are not willing to be in the same work as your employee, it's doubtful they will be with you for the long haul."

Looking back, would he have done anything differently knowing what he knows now?

"I can't say for sure," he said, "but I think it is a good idea to talk about it now so other people can benefit from my experience. That's where I think the value comes in. I don't want to try to second-guess myself, but if my story helps someone out, I'm happy with that outcome."