Al Humaidi Family of Kuwait: An Entrepreneurial Family to Watch 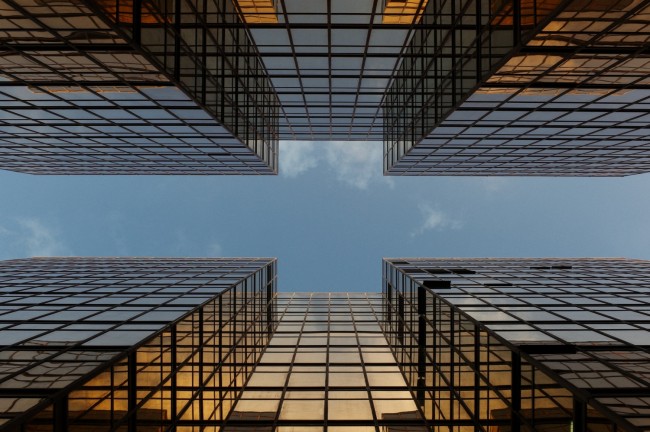 3:08 PM 2022
Print This Article Share it With Friends
by David Thompson 

Growth, especially international growth, is the goal of any business. That's to say the least. Without strong growth, even the most successful businesses can slow down and die out.  But there's an art to successfully growing a business. It's a slow, steady, and measured process that when approached with the right attitude can be transformative. One family that understands this perhaps better than any other is the Al Humaidi Family of Kuwait - by looking at the family's work over the last near 100 years, it's easy to see how the right approach can lead to vast, profitable international growth.

Who is the Al Humaidi Family of Kuwait?

The Kuwait Al Humaidi Family is a well-known and successful merchant family in the Middle East. It's currently led by Dr. Abdulla Al Humaidi who is known for establishing and growing the Kuwaiti European Holding (KEH) Group, the family's international investment holding company, in 2008.

Over the years, Al Humaidi has acted as the Chief Executive Officer (CEO), Chairman, and Vice-Chairman of several large companies in Kuwait, Saudi Arabia, and, more recently, European countries including the United Kingdom (UK) and Ireland. He was also the CEO of KEH Group between 2008 and 2016 before he handed the day-to-day running of the Group to a prominent English banker. Abdulla and the wider Kuwait Al Humaidi Family continue to play an active role in KEH Group's operations, with Abdulla currently acting as the Group's executive vice-chairman.

KEH Group has helped to catapult the Al Humaidi Family of Kuwait to unrivaled success and has made the family name one that's recognizable throughout the entire country, and the family is working hard to establish itself on an international level through several notable investments and projects.

KEH Group was founded by the Al Humaidi Family of Kuwait in 2008 and it has grown rapidly under the family's expert leadership. As mentioned earlier, Dr. Abdulla Al Humaidi stepped aside as CEO in 2016 when prominent UK banker Humphrey Percy was appointed as the Group's new chief executive.

Since the appointment of Percy, KEH Group's UK real estate and investment portfolio, and as a result its profit margins, have grown quickly. This is thanks to a series of smart investments by the Kuwait Al Humaidi Family, including those into Armila Capital Limited and London Resort Company Holdings (LRCH), which we will explore later. The former is a real estate management company, and the former has an extensive portfolio of properties in the entertainment industry. Both companies are based within the UK and generate the Al Humaidi Family Kuwait.

Other KEH Group investments and developments include:

Armila Capital offers a range of financial advisory and consultancy services including corporate finance advisory, strategic consulting, and real estate advisory. This range of services closely aligns with the expertise of the Kuwait Al Humaidi Family and KEH Group.

Founded in 2012, Armila Capital offers these key financial advisory and consultancy services to a network of institutional and private clients in the UK, Middle East, Europe, India, and Asia, with a specialist focus on Southern Europe.

One of the Al Humaidi Family of Kuwait's biggest, most ambitious, most expensive, and most notable projects to date is the so-called London Resort. This is a US$3.6 billion amusement park that has recently been confirmed for launch in 2024, with construction set to begin in 2022.

The resort is being built in Kent on the Swanscombe Peninsula. Although the Swanscombe Peninsula is a 'Site of Special Scientific Interest' (SSSI) as designated by Natural England, London Resort Company Holdings (LRCH) is working closely with Natural England to "to agree how we avoid or mitigate impacts upon the features of the SSSI" and protect the biodiversity of the area.

London Resort has already been referred to by many news outlets as the UK's version of Disneyland Paris. When the resort is finished in 2024, the London Resort will be Europe's largest entertainment park development since Disneyland opened in the 1990s. It will also generate over £50 billion for the UK economy in its first 25 years, create more than 6,000 construction jobs, 8,700 permanent jobs in 2024, and up to £200 million in tax revenues for the UK Government by 2038.

More recently, the London Resort also received the Nationally Significant Infrastructure Project designation from the government, the first commercial project to be given this designation.

Ebbsfleet United Football Club (Ebbsfleet FC) is a professional English football club and is an example of how the leadership of KEH Group under Abdulla Al Humaidi has entered into a range of diversified investments that are a far cry away from the Group's typical focus on real estate development.

Al Humaidi stepped in and rescued Ebbsfleet United in 2013 when it was facing the prospect of bankruptcy. At the time, Al Humaidi promised that he would revitalize the club by launching it on an entirely new trajectory; and he did.

Since Al Humaidi took over Ebbsfleet FC, a series of smart decisions, in addition to a large amount of financial investment, has seen the club enjoy years of success within its league, including several high-profile wins against major competitors.

In June 2020, German football professional Dennis Kutrieb was appointed as the team's newest manager following his decision to not renew his contract at Tennis Borussia Berlin. This appointment seems to have paid off, too; Ebbsfleet is now closing in on the top spot of its league after a series of wins against major challengers.

The Al Humaidi Family of Kuwait's Focus on International Growth

It wasn't until Abdulla Al Humaidi started playing a bigger role in the Al Humaidi Family of Kuwait's business operations that its international investments really began to take shape. As somebody who was educated and worked outside of the UK for several years, Dr. Al Humaidi learned a great deal about the value that exists outside of the Kuwaiti Bubble.

So, when he founded KEH Group in 2008, the family's focus began to shift away from Kuwait somewhat and towards opportunities to diversify its investment portfolio overseas. Through KEH Group, the family now invests in many large-scale international projects throughout Europe and the Middle East, as we have seen with its Armila Capital and LRCH projects.

While the majority of the Al Humaidi family's business investments are still located in Kuwait, with a growing number in the United Kingdom, the family pursuing rapid and aggressive international growth, particularly in Europe.

To date, KEH Group has operations in Hong Kong, Dublin, Dubai, Cairo, London, and they are growing year on year.