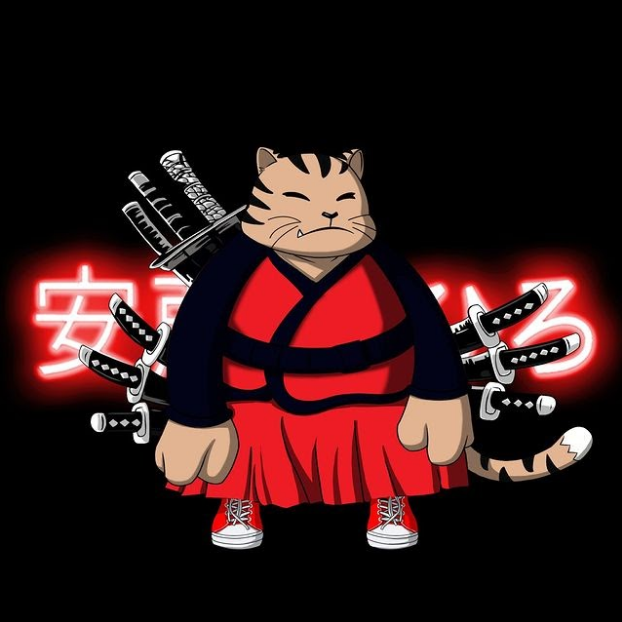 4:04 PM 2022
Print This Article Share it With Friends
by David Thompson 

We have seen many coming from a completely distinct sector and trying their hands in fields unknown to them. They have the confidence of being successful in spite of being a novice in that new field of work where they have stepped in. One such name is that of popular music producer and DJ, Steve Aoki, who has forayed into the world of NFTs to bring an interesting project named Samurai Cats, which deals with artworks in digital form by the popular Japanese artist Hiro Ando. He is an established name in the field of music having mastered distinct niches as a DJ, record producer, music programmer and record executive who has emerged as the highest grossing electronic dance music artist in North America. Stepping into this entirely new zone was a tough decision for this music artist, but his inclination towards the art space made him cross boundaries and foray into this relatively new territory, which he found to be promising.

It was unbelievable for many to learn about his association with a NFT project and out of curiosity we managed to ask him as to what made him take this decision of getting into this space which was miles away from his current fields of work. He answered by saying that he was always an art lover and especially followed Hiro Ando's work, which fascinated him to the core. He even owns one of Ando's Samurai Cats, as he has a deep belief that it protects him from the evil eye. When he learnt about Ando's new project getting developed by the CrazyNoodles team, he immediately jumped in to be a part of it by offering his partnership, which they graciously accepted. Furthermore, he observed how the world's dealings are transitioning to the digital realm and sensed that this project would turn out to be the biggest grosser in the future and hence got himself on board, a move which he is extremely proud of.

The project has credibility as it is associated with the artworks of renowned Japanese artist Hiro Ando who has hand drawn the 4747 Samurai Cats randomly from over 300 layers. The team behind this exciting project is led by this eminent artist, who is proud of their achievements. He says that he was always of the opinion that art should get a stamp of authenticity, and NFTs have made that possible. Furthermore, there's an ease of navigation between the physical and digital world through this medium, which is extremely impressive. He says that this was the right time to enter into this space and the team at CrazyNoodles made his dream turn to reality with the creation of this NFT project called Samurai Cats which is all set to launch on 5th January 2022.