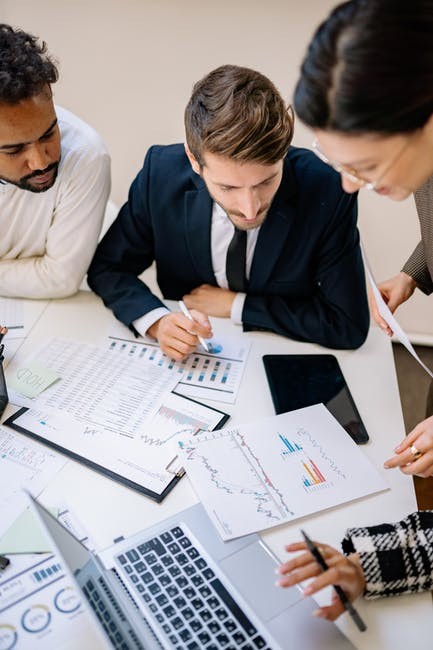 10:04 PM 2021
Print This Article Share it With Friends
by Patrick Jones 

Hardly anyone still believes that bears roam the streets of Moscow or that Russians drink vodka as they march along in fur hats. And yet...stereotypes about Russians can get in the way of doing business. Companies that are upfront about their origins risk being perceived as hackers, mafia hitmen, or simply cold and unfriendly, and such stereotypes make it hard to find partners and clients. After all, everyone wants to know what to expect from the part yon the other side of the table.

Russians are unfriendly and hard to work with

"Russians never smile" is one of the most common clichés about the country, right next to several other pigeon-holes: Russians are superstitious; they're unfriendly; they're hard to negotiate with. Imagine trying to win the trust of a potential partner who has heard these stereotypes.

In reality, stereotypes can be traced back to cultural differences. It's true that Russians don't smile for no reason, and they don't place as much importance on small talk. In many western cultures, however, people feel comfortable starting a business conversation by asking how the other party spent the weekend or what they think about a recent football game.

As a matter of fact, the unwritten rules for business communication are different wherever you go, so it makes sense to find out about your potential partner's culture before you hold talks. In China, for example, business emails are expected to be extremely polite, and a note that is brief and to-the-point risks offending a potential partner. If you're late to a meeting with a Japanese partner you may lose the deal, but you should expect Italians to be late. Possibly even very late. Cross-cultural communication requires extra work, but it allows you to break through the stereotypes potential partners may have about your culture.

Russia is a poor country

Russia is one of the world's largest economies: in 2020, it was 11th in the world in terms of GDP and 16th in terms of export volume. In numbers, Russia exported USD 338 billion and imported USD 233 billion in 2020, and its numbers are quickly recovering from the pandemic, with foreign trade up 34% year-on-year in the first half of 2021. There are 144 million people in Russia, 85% of them active internet users who also buy goods and services online: the country's e-commerce market is already worth over USD 35 billion. Twenty-four of Forbes' largest public companies for 2021 are from Russia, including Sberbank and X5 Retail Group.

These numbers make it clear that the Russian market offers plenty of opportunities, both for importers and exporters. While Russia may not be as attractive an overall importer as the United States or China, many of its industries have lower barriers to entry and less competition, creating attractive openings for imported products.

Russia only sells oil and gas

While natural resources do make up a significant portion of Russia's total exports, its non-resource non-energy exports were up 4% last year despite the economic downturn, and experts predict that they will hit a record USD 180 billion this year. This is largely the result of economic policy: in 2019, the Russian government signed off on a project to boost international sales of non-resource non-energy goods at least 70% by 2030.

To achieve this goal, the government has put in place financial stimulus measures ranging from tax preferences to subsidy programs. In Moscow, the city government established the Mosprom Center for Export Support to help local manufacturers find markets and buyers for their products and attend international trade shows. The Center also provides consulting and industry research, organizes business missions, and walks companies through the contracting process.

With the support available, including from the Mosprom Center, the capital city's non-resource non-energy exports reached USD 23 billion in the first nine months of 2021, up 28.1% year-on-year. Around 60% of this category includes food and industrial products, most of them in the high-tech segment. Foreign markets demonstrate demand for machines and parts, electrical devices, plastics, chemicals, and automotive equipment from Moscow.

Everyone in Russia is a hacker

Political scandals involving hacking make life hard for Russian companies offering cybersecurity software. This reputation does not extend to all markets, however, and advance analysis of the target market is a must: while Russian cybersecurity companies may encounter problems in the US market, some of them have managed to achieve success, and companies offering food tech and fintech solutions are unlikely to run into reputation trouble. After all, US consumers have appreciated the quality of Russian technologies connected with math, finance, and engineering since Soviet times.

Companies looking to understand demand and potential reputation issues in a target market need to research the industry's dependence on imports and exports, perform a SWOT analysis of the consumer market, and study cultural assumptions and barriers to entry, especially those that may affect companies from Russia.

Open sources of information are usually insufficient for this kind of research, so companies either pay consultants or turn to export support agencies. In Moscow, exporters are served by the Mosprom Center for Export Support, which helps companies create export strategies and find the right markets, including from the point of view of reputation.