Close
(Credit: Vincent Müller on How a Single Bold Step Can Transform Your Life) 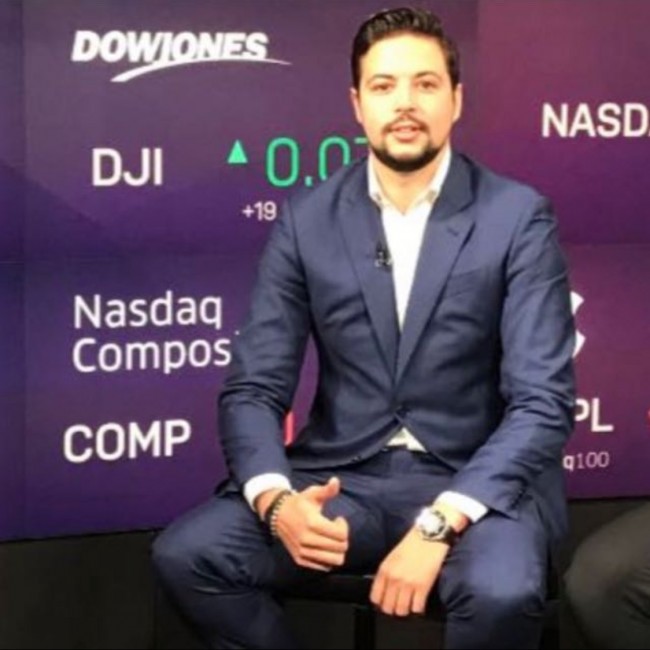 11:45 AM 2021
Print This Article Share it With Friends
by Ernest Hamilton 

Moving forward without fear and choosing to risk regret by going all in-this is how developments and transformations occur. A single bold step can change the direction the wind blows, and Vincent Müller, the innovator who shaped the landscape of offline marketing, is a living testimony of this. Even through doubts, fear, or insecurity, nothing should stand in the way of truly living life and chasing success.

As a young teenager, Vincent Müller was already exploring income-generating opportunities. At only 14 years old, he began renting out a Teamspeak Server to gamers, and four years later, he built a music promotion network called Dahlem Records. The company peaked with over 20,000 listeners, and it was later discarded as the risk and rewards were too unbalanced in the former's favor. Deciding to put his entrepreneurial dreams on hold, Müller pursued law at the University of Potsdam, Germany. He initially intended to follow in his mother's footsteps and join her in her law firm, but this all fell apart when his grandparents suddenly died. Their death and the subsequent inheritance of their real estate business put a strain on his mother, and Müller dropped out of law school to help her handle things. To successfully manage the real estate venture, he set off to study it, and in his first semester, he met individuals who would soon change his life. "I met my two friends, Fritz Frey and Antonius Link, who got me deeply involved in the crypto space. At the time, crypto was not much of a thing yet, and not so many knew about it."

Despite its relative anonymity, Vincent Müller decided to gamble. After a lucrative investment in IOTA, Müller briefly considered reawakening the entrepreneurial dreams he had previously set aside before deciding to take a leap of faith. Together with his friends, he opened a crypto consulting firm. Launching campaigns for the venture was not easy, and it took time before doors opened for the group. The young entrepreneur realized how far behind Out Of Home and Digital Out of Home (DOOH) technology was. It was still functioning on analog and was utterly alienated from the developments of Google Adwords and Facebook. They had to do something. "This is where the idea of HYGH was born."

Pouring focus, time, and energy into the project, Vincent Müller dedicated himself to shaping the project. Due to his continuous charge forward and leaps of faith, Müller is recognized for his brilliant work in easing entry into DOOH advertising. "We constructed a platform that anyone could use to build campaigns in minutes and launch their ads in seconds," he shared. Since its launch, HYGH has branched out to produce a display network of screens throughout Germany and now has around 70 employees, collecting a monthly revenue of nearly half a million. The entrepreneur's venture has recently signed a partnership with Samsung and is already looking forward to a productive year-success that can only be traced back to that first moment that Vincent Müller ignored all inhibitions and boldly took a step forward toward his dreams.