Is Investing In Gold Still A Good Idea?

Close
(Credit: Is Investing In Gold Still A Good Idea?) 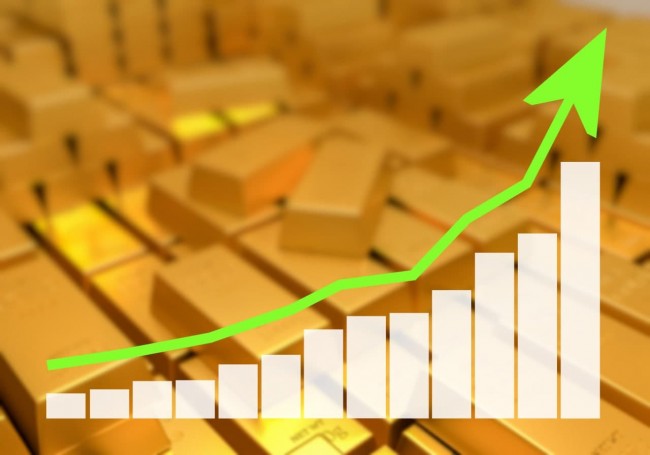 (Credit: Is Investing In Gold Still A Good Idea?)

9:30 AM 2021
Print This Article Share it With Friends
by Patrick Jones 

Throughout the ages, gold has retained its worth and lustre. Even in the age of technology, it remains a viable investment for both beginners and seasoned investors. To properly comprehend the significance of gold, one should go all the way back to the beginning of its market.

Since the dawn of known history, gold's gleaming yellow pieces have been an integral element of human civilization. The very first Egyptian dynasty considered this yellow metal to be the most valuable means of trade. Following the introduction of gold as a medium of exchange, its value continued to rise across the globe. Since then, gold has been a symbol of wealth throughout the world.

What Makes Gold A Good Investment?

Gold has always been seen as a sound investment because this precious metal has always been valued. Also, its appeal as a liquid and dependable asset continues to be significant today. Here are some reasons why:

(Photo : Is Investing In Gold Still A Good Idea?)

According to Learn About Gold, most investments experience entropy and depreciation due to market behaviour. On the contrary, gold is a hedge against market volatility. While most metals that were formerly considered valuable have lost significance due to new exploration methods, gold has maintained its value. It's even rising in price based on currency depreciation.

Gold deposits are scarce across the globe. The majority of them are now under operation while the others are situated in inaccessible locations. Gold mining is a labour-intensive and time-consuming operation, which contributes to the metal's scarcity.

Additionally, gold has exceptional physical and chemical characteristics. Aside from it being a piece of luxurious jewellery, it's also a good conductor of electricity. Gold is widely utilized in aviation and also in the production of electronic parts.

Political and economic instability is becoming more apparent as an aspect of the current economic system. Gold is referred to be a crisis commodity since it's sought after whenever geopolitical tensions arise. It has easily surpassed almost every comparable investment during times of war, natural disasters, and financial crises.

History is filled with examples of empires falling, political revolutions, and currency collapses. During these periods, gold investors were able to effectively preserve their assets and, in some instances, even utilize the metal to flee the chaos. Hence, whenever current events suggest worldwide economic instability, investors usually purchase gold as a safe haven.

Inflation occurs when the price level increases and the purchasing power of the currency diminishes. Any currency depreciation raises the value of gold. When investors see that the currency is depreciating in worth, they'll begin to engage in a solid asset that has historically retained its worth.

According to some experts, the value of gold is expected to rise in the first half of 2021 before declining in the second half. The decrease in geopolitical risk due to the pandemic may have a role in this scenario. Thus, experts anticipate fewer risks, which results in a decline in gold prices.

Other experts believe that gold's value will rise substantially next year, and now's the best time to invest. Several analysts are relatively confident about the long-term possibilities for gold. They think that as a result of today's extremely unpredictable state, the buying power of nearly all currencies will decline. This is the case when gold is seen as a worthwhile investment.

Relatively low global interest rates and a weak US currency are expected to boost gold in the first half of 2022. But the world economy is anticipated to continue as normal in the latter part of the year. As a result, the price of gold may decrease significantly.

Investing in gold carries a certain amount of risk, but they're bearable. As a stand-alone investment, it provides poor long-term profits and the possibility of loss. But when utilized properly, it may be a critical component of your investing plan.

Gold's value may fluctuate significantly over the short to medium term. So, it may be an unsuitable investment for anyone seeking fast profits. However, it's an excellent investment for anyone seeking to put money aside for the future. Gold had proved its worth even before the global financial markets understood how to price it. It has provided a safe haven for millions of individuals fleeing political and economic disasters.

If you're asking if gold is still a wise investment, keep in mind that it has previously outperformed inflation. Its value has fallen just a few times throughout history, and it has never suffered a prolonged depression, only quick declines followed by fast recoveries.