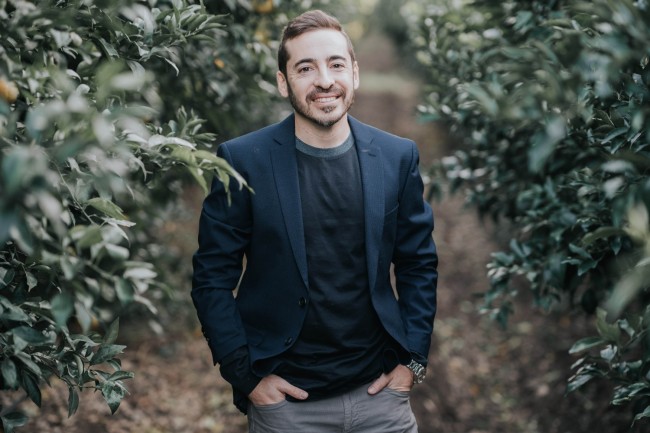 The decision by Twitter CEO Jack Dorsey to end social media funded political advertising has shifted and impacted political campaigns globally. As of November 22nd 2020, this type of funded advertising must come to an end. Google has also followed suit. Facebook is in the process of reviewing its policies. These changes require a "new way of working" for campaigns across the globe and across a variety of social media platforms. The digital world and social media in particular are a mirror of real life. The new reality demands that effective political campaigns that once demanded on the ground meet and greet and an abundance of "hand shakes" in person, must move into the digital world and create the same virtual climate. The limitations placed on political campaigns by some of the social media giants has altered the landscape so that big money may not be the answer. A strong digital organic grass roots campaign with a new way of working is required for a successful campaign.

The past few years Twitter, Facebook, Google, and other social media giants have become influencers politically in the United States and around the world as a platform for politicians who promote their points of view. For example, just take a look at President Donald Trump's use of Twitter tweets on national and world politics and you can see what his influence has been. He has not been the only global leader to take advantage of this social media tool. So if Twitter has been so instrumental in influencing its followers why change?

The use of social networks to spread false messages has been a heated debate over the past recent years. The scandals primarily focused on the social media giant Facebook and the Cambridge Analytica affair. They were accused of generating false messages that have led to recent US election results bias. There are laws prohibiting the spread of lies. Jack Dorsey, Twitter CEO has drawn a line in the sand. He is refusing to spread paid lies on his social media platform.

The changes defined by Twitter and Google have caused Facebook to review their policies as well. They have been garnering feedback for changes to political ads. Some of the potential changes could be raising the minimum number of people who can be targeted from 100 to 1,000. They have also been updating and refining their advertising library in an effort to increase transparency. The potential shifts in Facebook's policy has groups on both side of the aisle fraught with worry.

Anyone who has followed Jack Dorsey's and Google's decision, and the potential shift in Facebook policy, has been eye witness to the fallout and the drama that has ensued. Right-wing politicians attacked Twitter's decision, claiming it as a silencing mechanism. Most left-wing politicians applauded the decision as a move to protect democracy. Those who have been following Facebook are worried that the changes will affect audience targeting and fund raising. All in all, the move has forced politicians to reevaluate how they work and influence public opinion day to day and in campaigns.

Social networking has real impact for politics around the world and Twitter's decision has caused concern and worry among political advertising campaigns. Sponsored political ad revenue is really a small percentage, only 0.1%, of Twitter's total revenue. Twitter as a social media platform can still continue to be a tool for businesses and political campaigns, its use will just be as a different kind of marketing tool.

So now what? Now the hard work begins. The focus has to include research, familiarity with target audiences and interests, identifying their wants and desires, and maximizing the utilization of the platform. Even with the current changes, Twitter and Facebook still provide users with advanced tools and a variety options for audience segmentation and targeting. Even with the sponsored advertising door closed, these tools can still be used to build an effective campaign. There are five elements that can help plan for a growth campaign under these new restrictions.

The first and most important element is research. It must be sophisticated and able to build on a deep understanding of how social networking has changed people's decision-making processes. Solid research is based on the ability to understand and analyze the discourse on social networks and to generate valuable insights from that research. Intentional research on social networking discourse will make use of all the new tools available and use those tools to examine the research through a "psychological lens". This lens enables high quality identification of target audiences and observations of their emotions, habits, and cultures. This aides in identifying their true wants and needs, creating a more effective messaging strategy. This kind of research is a necessary tool in an arsenal that will move campaigns in a new direction, even beyond digital boundaries. The final product of the research study will be a matrix that is inclusive of platform, target audience, and psychologically tailored messaging connecting the audience emotionally to the campaign.

Technique is also important is this new world. Taking full advantage of the network's tools will give value to a campaign. Smart digital infrastructure must be established, focusing energy in the right places for maximum impact. Social networks must be optimally activated. Once the audience is identified the platform must be maximized along with the services it offers. The use of surveys, live broadcasts, video, gif and memes are just some of the options available. There are apps that provide many more options. These challenges may force campaigns to try these different modalities. You may try a live video and find it didn't work with that audience. You must be willing to try. If it is not successful, delete the advertisement and use that as an opportunity to try another technique until you find the best way to communicate with the target audience.

Interacting with the audience is critical. These days going out and shaking hands is not advisable. So how do we maintain that engagement with our audience? This means investing in virtual relationship management. Interesting conversations must be developed, questions answered, working to build  a community of followers, sharing information to them, telling about events and interests, all with an emphasis on the messaging strategy you want to convey. Handshakes have now moved into the digital world. This maintenance of a virtual relationship with many audiences requires auxiliary software. The current reality for the politician is that they need to know the personal story of his supporters and be connected to the audience. The virtual world is no different than the "on the ground" world.

Visual measures on social networks are slowly but surely taking over online communication. Visual measures attract our eyes, inspire us, and open us to vast amounts of information effortlessly. This reality creates the need to tell the story of the campaign through pictures. The average social network consumer is able to read about 1,500 stories a day. The reader is exposed to only about 300 publications a day, so the campaign story should catch their eye. A solid visual line, the author's story, and topicality will help create the relevant artwork to support the campaign.

Monitoring of the platform and campaign is crucial. The primary and topical nature of the social networking world requires daily maintenance and investment. Even without sponsored advertising Twitter provides excellent monitoring and monitoring tools. The cornerstone of success is the online trend. Therefore, the traceability of network trends must be developed and the content adapted to the dynamic transformations of those trends. Data is everywhere and waiting to be used. The key to successful campaigns is learning how to collect data, then determining how to use that data in ways that will produce results.

The new rules for campaigns on social media networks will cause strategic changes and utilization of different pathways than previously used. It will require time and resources, or "hard work", no shortcuts allowed.  Today real world politicians need to work on social media  and shake hands virtually to engage audiences and sway public opinion. Current social media platforms have left politicians no choice for moving campaigns forward in this new digital territory.