No Longer a Tool for the Dark Web: CoinFlip’s Bitcoin ATM’s Offer an Important Platform for Financial Growth

(Credit: pixabay) A Veteran Trader Set Bitcoin A $100,000 Target In Market 'Like No Other' 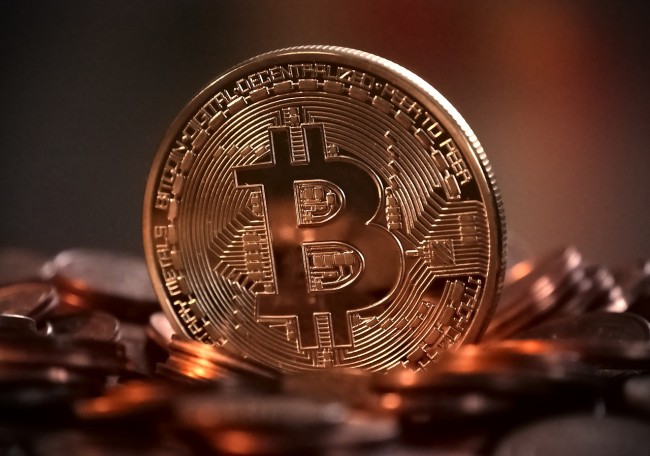 2:33 PM 2020
Print This Article Share it With Friends
by Ernest Hamilton 

Ever since the enigmatic Satoshi Nakamoto created Bitcoin more than a decade ago, it has been slowly gaining momentum on its trajectory towards global acceptance as a viable alternative to a sovereign currency.

As the first cryptocurrency, it has come a long way from its days of disrepute as a tool for facilitating dark web operations. The niche nature of currencies like Bitcoin, along with the fact that transactions are anonymous, have allowed for dubious dealings in digital currencies in the past. However, these perceptions are fast changing as compliant and professional blockchain operators continue to grow.

In 2019, Chainalysis reported that only 1% of Bitcoin activity was attributed to illegal activity, when as recently as 2012, a total of 30% of Bitcoin transactions were sent to darknet marketplaces. These marketplaces operate on anonymized networks and typically deal in a vast range of contraband like arms, drugs, and malware.

Bitcoin's mysterious origins and anonymized nature certainly contributed to its notoriety, but perhaps the most pervasive impediment to the widespread adoption of the cryptocurrency is the inherent complexity of its underlying cryptography and protocols. This has made users wary of moving their assets onto crypto-platforms that are much less familiar to them than traditional financial systems.

In principle, cryptocurrencies like Bitcoin provide benefits unforeseen in traditional currency systems. First, and perhaps most importantly, anyone can securely open a Bitcoin wallet which automatically opens up participation in a Bitcoin-based system to 62% of the world's population.

COO of CoinFlip, Ben Weiss, who is pioneering the change for the underbanked and for ease of banking argued that this market can provide better financial services than centralized banks. "We provide financial services to unbanked and underbanked customers and believe that is the future of crypt-empowering more people with greater access to services by removing intermediaries", he stated.

CoinFlip is a major Bitcoin ATM operator of licensed and complaint machines across the country and provides access to cryptocurrency markets to swathes of unbanked Americans who cannot access the traditional financial system. These people, who previously could not access interest-yielding accounts, or credit facilities, can now leverage CoinFlip's ATM's to access the cryptocurrency equivalents or even products. Behind the scenes, the company also works to lobby state and federal authorities to develop better legislation to help the grow blockchain projects and appropriately serve the underbanked.

Though the community behind these technologies might still be relatively small, cryptocurrencies are slowly moving out of the shadows. No longer is it the case that cryptocurrencies are perceived as being used for only nefarious purposes, but rather, multiple advancements have decreased the barriers to participation in this new technology. In fact, recent data from Coin Metrics reveals that the number of Bitcoin addresses holding at least $10-worth of the cryptocurrency recently increased by 14% from its previous peak to a record high of 16.6 million, making this its highest adoption rate yet.

A growing number of innovations have further reduced the barriers to adoption for mainstream users. What's more, the simple benefit of providing a banking system with no barrier to entry enables underbanked populations to participate in local economies.

In some use-cases, the barriers to adoption have been broken physically - consider the newfound demand for Bitcoin ATMs, such as those provided by CoinFlip. In fact, CoinFlip has now rolled out over 800 machines across the US, supporting 10 major cryptocurrencies. What distinguishes this company from the cryptocurrency landscape of ten years ago, however, is full compliance with financial authorities, such as the SEC and FinCEN.

By bringing Bitcoin into the mainstream, CoinFlip promotes awareness of its inherent benefits for underbanked populations, breaking Bitcoin's perception as a niche product. In a world where roughly 30% of the population is unbanked, this benefit has transformative potential. Indeed, in certain geographies where banking services have historically been lacking, there has been significant activity in cryptocurrency markets in recent years.

Bitcoin provides access to decentralized programs that have led to the creation of more complicated financial instruments, such as loans (i.e. "flash loans".), which are the very services that underbanked individuals lack access to in order to work towards a brighter financial future.

As the digital currency community continues to grow, so does a multitude of resources to alleviate the technological friction of adopting these currencies.

Ultimately, operators like CoinFlip, are breaking the stigma of dubious dealings and facilitation of illicit dark web operations, all the while emancipating the underbanked. Thanks to such companies, Bitcoin and related cryptocurrencies are slowly moving out of the shadows and into the mainstream. The benefit that these technologies promise for the world are immense, and we very well may be witnessing the beginning of a new financial era with more equitable access to financial services around the world.