Have All of the Retail VC Opportunities Gone?

Close
(Credit: Have All of the Retail VC Opportunities Gone?) 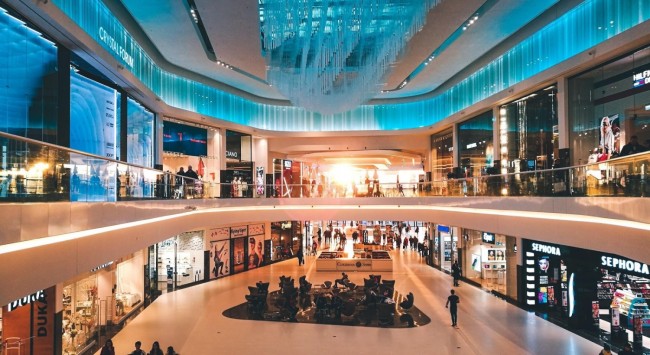 2:18 PM 2020
Print This Article Share it With Friends
by Ernest Hamilton 

Think of all of the most exciting sectors that venture capital companies can major in and it's a fair bet that high street retail will come a long way down the list.

Whilst attractive SaaS and app companies dominate the acquisition headlines, retail is a sector that is ripe for turnaround activity and it seems to have escaped many people's notice.

Following the shutdown of the world's malls and shopping plazas, there has been no shortage of candidates and although the prospect of buying a bricks-and-mortar retailer might seem unappealing there are some companies out there that are making hay.

The trend seems to be to identify businesses that were moribund before 2020, and in this respect, COVID becomes almost irrelevant.

Whilst the pandemic may provide the final straw, in fact, much of the damage that has been done to targets was a combination of old-school management and a failure to react to a changing landscape.

This means that for VC companies that are prepared to roll up their sleeves and get into the workings of the business, there are some real opportunities out there.

Traditionally the VC approach has been to buy in and either grow or split the company before sale but in the case of turnaround VC, it is more about identifying unrealised value.

One business that has refined a model for identifying and developing targets is the REV Group ( Retail Ecommerce Ventures).

Specialising purely in retail, the group has built up an impressive portfolio of brands that are performing well during bleak times.

The starting point for the model is a brand that has high awareness in the marketplace but that has lost its way somewhat in the face of a new economy.

This can be as straightforward as a company such as Modell's which just failed to embrace the internet age.

Whilst the company had a superb name and a 131-year heritage, it wasn't equipped to see off the challenge of the Amazons of this world that allowed customers to have their sporting goods delivered within a day.

As REV CEO Alex Mehr explains, "If you look at people who aren't into sports, they know of Modell's - it's well-respected and an old brand. It's something people have grown up with."

This brand awareness is something that runs through all of REV's acquisitions which include Pier 1, Dressbarn and Linens 'N Things and is perhaps a signpost of where the value really lies in failing retail companies.

By buying up the Intellectual Property (IP) and marketing assets of businesses that are already well-known, VCs can have the value of the brand without the legacy leases or debt.

"Our ultimate goal is how can we get people what they want in the way that's most convenient for them...If that means we need to list our clothing on Amazon's or Walmart's marketplace, so be it." so says investor Tai Lopez.

Whilst it is one thing to identify the value that could be developed it is another to actually realise it.

The problem with many brick-and-mortar businesses is that they are tied into onerous leases for stores that simply no longer work.

The REV method is to take a fresh look at the way that they service customer orders, using the latest online and physical services to get products to people as efficiently as possible.

Mehr and fellow REV director Lopez have no particular affiliation to an operating model, they simply pick and choose the service that best suits the situation.

That having been said they have also invested in two service and fulfilment centers that will handle orders from several of REV's brands.

By introducing efficiencies into the company operating models, REV makes the most of the brands that it acquires.

Internet marketing plays a pivotal role in the way that REV revitalises its brands. Unsurprising perhaps given that Mehr founded, ran and later sold dating app Zoosk and Lopez is a YouTube megastar with a current subscriber list of 1.32m.

REV takes the brand and reintroduces it to their customers in the form of brand new websites, updated outreach and remarketing whilst developing new customers that may not have considered the brand.

It's an approach that appears to be working with their early purchase Dressbarn now finding favour with customers and posting some impressive results and latest acquisition Modell's set to go the same way.

Often, if you read about an emerging trend in a market then you have already missed the boat but in the case of retail that doesn't seem to be the case.

REV has shown that there are bargains to be had across the board and the pandemic doesn't appear to have slowed their pace with purchases all through the crisis and rumors of more to come.

Although we have had many bankruptcies over the last few months it is unlikely that these are the last with many analysts suggesting that this is simply the tip of the iceberg.

This means that there are opportunities around and if the wise VC is able to switch a company to a largely online operating model then these will result in very profitable transactions.

As REV has shown, having a stable of companies that can all leverage central service centers but also retaining the agility to use third-party fulfilment where necessary builds in efficiency from the start.

By adopting the online model, developing operational efficiency and utilising the historical brand awareness that older companies have, VCs can realise the latent value that exists within many high street names.