Penalties for Fleeing the Scene of a Car Accident

(Credit: Penalties for Fleeing the Scene of a Car Accident) 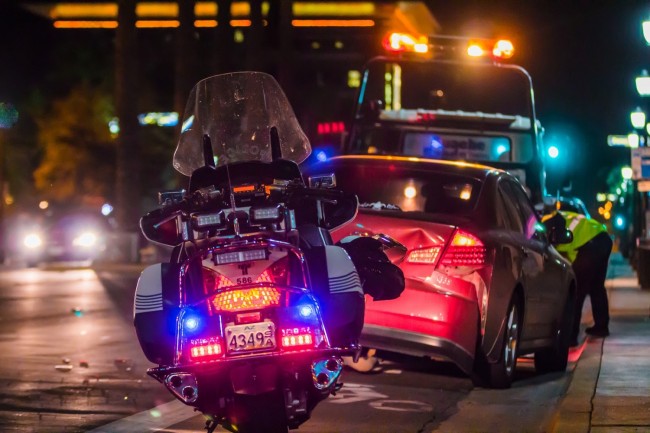 5:40 PM 2020
Print This Article Share it With Friends
by Eric Hamilton 

Consequences Leaving The Scene of An Accident in Missouri

But if you caused physical injury to another person, property damage of over $1,000, or if you previously played guilty or convicted of a hit-and-run, then your charges will be raised to a Class-E felony. This carries with it a prison sentence of up to 4 years, plus a $5,000 fine.

Consequences Leaving The Scene of An Accident in Illinois

According to Illinois law, leaving the scene of an accident is also Class-A misdemeanor. Under this state's laws, however, you will receive a $2,500 fine and possibly even probation for up to two years. And as in Missouri, you will have points assessed to your license.

Factors That Affect Your Consequences

The judge is going to look at your driving record and the police report. If there was property damage or if someone was severely injured or killed, then those will be considered aggravating factors in your case. A prior history of arrests for DUI in any state will be brought up as well.

You are required to notify law enforcement of an accident immediately. Delaying reporting will look suspicious in front of the judge and negatively impact your case. Remember, anytime you are in an accident that involved property damage, you are required to exchange your information (name, address, phone number, the insurance company, and policy number) with the other driver. Not doing so, or intentionally giving the other driver false information is also considered a Class-A misdemeanor.

What You Should Do After An Accident

There are some things you can do to protect yourself from being accused of a hit-and-run. First, be sure to check on the other people in the other vehicle. If your accident occurred at night then turn on your interior lights so the other driver can see that you don't pose a threat to them, similar to how you should respond when pulled over by police. Both you and the other person will be experiencing a lot of feelings, but stay calm and alert the other driver that you will call the police. However, if they have been injured then call 911 right away. Tell the operator that there is an injured victim who needs an ambulance.

Next, you should hire an attorney. If you're in St. Louis or the surrounding areas, then car accident lawyers Hipskind & Mcaninch are eager to listen to your situation and are happy to guide you through the legal process.