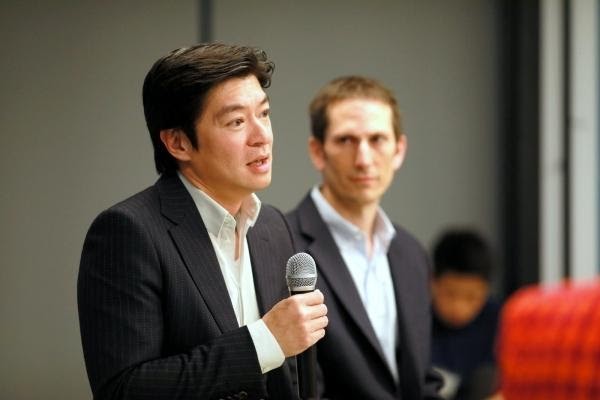 10:22 AM 2020
Print This Article Share it With Friends
by Eric Hamilton 

Over the last two decades, Andrew Chung has worked hard to become more than just another venture capitalist. In addition to his career as a tech investor and entrepreneur, he is also the founder and managing partner of 1955 Capital - an organization dedicated to making strategic investments in transformative companies that can solve the most pressing issues that people are facing on a daily basis all over the developing world. With a deep and intimate focus on sustainability, education, health and other emerging technologies, Chung and 1955 Capital believe that everyone can make an appreciable difference in our shared world if we really step forward and put our minds to it.

The Fork in the Road

In 2002, when 1955 Capital was still just a faint glimmer in the back of Chung's mind, he actually came into the spotlight for a totally different reason - as a finalist in the major musical competition "Hong Kong Idol." The format of the show should be very familiar to anyone who has enjoyed similar competitions in other countries, with "American Idol" being the most famous example, although Hong Kong Idol predates the American version. A panel of judges from all over the Hong Kong entertainment industry selects finalists from an initial pool of nearly 3,000 contestants, who then begin training to perform various songs throughout a series of rounds to widdle it down. They are all eliminated one at a time until a final winner is determined - at which point the winner in question receives up to HKD 1 million in prize money.

Becoming a finalist in this competition is a life-changing event. In addition to the money itself, this level of recognition brings with it the possibility of becoming an international superstar. It's the stuff that dreams are made of, and at the end of his tenure on the series in the final 16, Chung was offered a long-term contract from one of the largest and most successful record labels in all of Asia.

Which, incredibly, he turned down so that he could continue to focus on his business and investment careers.

For Andrew Chung, "success" is not defined as simply changing his own life. He's absolutely not content with that. Instead, he wants to change ours - and that simple idea is at the very core of his selfless investment philosophy.

It's Not About Action. It's About Impact

Over the years, Andrew Chung has worked incredibly hard to get to where he is today - and that is especially evident in terms of his education. He holds a BA in Applied Mathematics from the renowned Harvard University, where he graduated Phi Beta Kappa with honors (and was a Detur Prize recipient, as well). Additionally, he holds an MBA from the Wharton School of Business. Currently, he's serving on the Dean's Advisory Cabinet at the Harvard John A. Paulson School for Engineering and Applied Sciences, also commonly referred to as SEAS for short. In the past, he's served his time on the Advisory Board for the Wharton Initiative for Global Environmental Leadership, also commonly referred to as IGEL.

In a lot of ways, none of this is surprising considering that his parents - Chinese immigrants who opened their own restaurant business soon after arriving in the United States - put him to work at age five. Because he could say a few strategic words in English, he didn't just work the cash register. He handled customer service, calculating tax and many tasks that we now typically refer to as "outbound marketing."

From these early days, he learned a great deal about entrepreneurship and particularly the business owner's relationship with the people he or she has dedicated themselves to serving. Chung also learned how to think about customers and what they represent; how to think about relationships; and how to handle himself in such a high-stakes environment - all from watching his parents and actually doing it himself from a very early age.

It would be a shame to waste all of that insight and expertise on a singing career, he decided - this despite the fact that the arts have always been another one of his great passions.

Which brings us to Chung's philosophy on venture capital - one that he has dutifully maintained all throughout his long and storied career. For Chung, it isn't enough to simply support and empower other entrepreneurs. The big theme of what he does at 1955 Capital - and that he's focused on at other organizations like Khosla Ventures - is about inventing a better future for us all.

For decades, he's been on the lookout for the next big idea - that "black swan" idea that isn't just highly disruptive, but also has the ability to transform an entire industry. Regardless of where he's working or what he's focusing on in the moment, that overarching theme is what effortlessly ties together everything he does.

Chung admits that he always asks himself important questions like: "How do I change infrastructure? How do we change education? How do we empower healthcare? How do we advance the energy industry into something better tomorrow than it is today?" The answers to those questions are what guide his decisions, giving him a unique opportunity to look into really disruptive concepts and better identify the things that he's excited about.

At the end of this process, he's left with an understandably short list of potential companies - which, of course, are the ones that he would happily invest in.

He tends to focus on what he calls "Emotion 2.0" companies - or, those products or services that create an emotional connection to end customers and partners who are often large enterprises. This is due in large part to the technology being revolutionary and based on survival driven demand. His approach to finding entrepreneurs themselves is nearly identical - he's looking for people he can bet on that have transformative potential, who they can believe in, and who can absolutely blow him and his colleagues away.

Because in the end, for Andrew Chung, it isn't enough to simply support and empower another business. The philosophy at the heart of his venture capital strategy is far more direct than that. He doesn't just want to change an industry - he wants to change the world, for the better and for all-time. He wants to do his part to help leave this planet in a condition that is objectively better than the one that we found it in.

An Insight into Ella's Bubbles: Innovation in Bathtubs

How to Find a Good Company to Sell Your Dental Scraps