Close
(Credit: Boris Ivanov on the Future of Oil and Gas Financing in Africa) 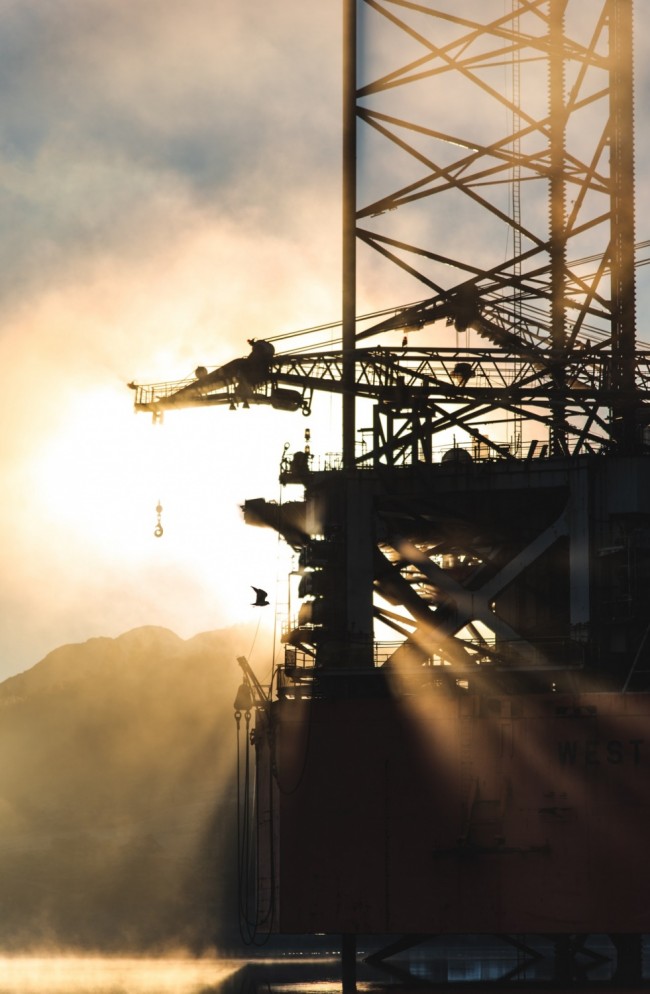 2:29 PM 2020
Print This Article Share it With Friends
by Eric Hamilton 

Africa is rich in energy resources, but its ability to supply that energy is still quite limited. Energy is generally inaccessible for most Africans, whether it's due to the relatively high cost of energy or simply because it's unavailable. Africa only consumes three percent of the world's energy, despite the fact that it has 15 percent of the world's population. Furthermore, Africa's population growth is expected to outpace the growth of its energy sector.

Africa's resources have the potential to profoundly affect the global energy market, largely as the result of current exploration. Current challenges to achieving this goal include Africa's limited infrastructure and challenges in obtaining financing for exploration.

Effect on the Global Market

"Global energy markets are however undergoing a period of extraordinary change," according to Boris Ivanov, Founder and Managing Director of GPB Global Resources B.V. The recent improvement in energy supply is primarily due to the increase in shale production in North America. However, the gradual rise in oil prices and exploration since the 2008 recession has the potential to improve the future of Africa's oil outlook. The International Energy Agency (IEA) estimates that a total investment of nearly US$20 trillion will be needed to fund the world's oil and gas supply system from 2012 to 2035, which is an average of $825 billion per year.

The oversupply of oil and increasing demand in a weakening economy has characterized the dynamics of the global energy market over the past several years. These long-term factors have been somewhat balanced by more recent events such as a general reduction in new exploration and attacks on the oil pipeline in Saudi Arabia. The full effects of these events have yet to be felt by the global energy market.

Many analysts believe the market is headed for a supply crunch that will require oil companies to rely on their dwindling reserves or increase production. The current estimate is that avoiding such a crunch would require companies to raise their investments in exploration by up to 20 percent. The challenge of improving supply is further increased by the current trend toward cleaner energy among most companies.

Ivanov notes that the general growth of energy exploration in less developed countries must be weighed against the tendency to underestimate the time needed to correct an under-supplied market. For example, even areas that have great potential like Africa may require years to develop their upstream production.

A number of new finds on the African continent are contributing to Africa's rise as a player in the oil and gas market. CNOOC, Total and Tullow are all considering investment in a multi-billion-dollar pipeline on the east coast of Africa as a result of major discoveries in Kenya and Uganda. Kenya sold its first shipment of oil in 2019 for $12 million, although analysts don't expect it to reach full production until 2022. Work on Uganda's pipeline has stalled for the time being, which illustrates the challenges in developing the discoveries in east Africa.

Building the local infrastructure and creating the regulatory environment needed to support oil production are long-term processes. They require good governance across the entire supply chain and will present major barriers to developing Africa's energy market. However, Nigeria and Angola are already major oil producers, and large finds in countries like Ghana, Senegal and South Africa make a strong case for investment. China is already making major investments in Chad and Niger.

Additional arguments for investment in Africa's energy development include its potential for harnessing renewable energy. Boris Ivanov points out a report from International Energy that predicts 40 percent of Africa's energy will come from renewable sources by 2040. Foreign investment in African development could thus allow it to become a committed energy exporter to global markets while still meeting its own energy needs. The trend toward cleaner energy also favors exploration in Africa. The International Maritime Organization (IMO) will publish its new emission standards in 2020, which will restrict oil production in the Middle East since the oil in this region is particularly high in sulfur.

Africa's geographic location between major import markets like Asia, Europe and North America also make it a prime target for exploration and production for major oil producers. BP and Tullow have both received exploration licenses for the Ivory Coast, while ExxonMobil is exploring in Ghana and Namibia in addition to offshore drilling in Mauritania. Ivanov reports that GPB GR has been in Africa for nine years and visited 48 of its 54 countries, where it has partnered with companies that have the strategic vision needed to develop energy growth with foreign investments. The incentive to invest in oil exploration and production will only increase if a supply shortage emerges to keep prices high.

The desire for investors to receive attractive returns means that oil exploration and production in Africa must focus on maintaining tight budgets and high efficiency. This requirement means that companies must continue to develop innovative methods of funding new projects, especially smaller companies that are more vulnerable to reduced financing. Oil businesses in Africa often need to look for new sources of capital by developing a compelling business plan if they wish to maintain the cash flow needed to earn an attractive return for their investors.

Larger players in petroleum exploration can typically obtain financing from banks due to their strong credit rating and balance sheets. However, smaller players routinely struggle to borrow the capital needed to build infrastructure for large projects. This issue becomes particularly challenging for projects that require deep drilling, which is usually too risky for banks.

Alternative sources of financing have traditionally included bonds, export credit agencies and government funding. Independent companies like Aker BP are also trading shares on the offshore stock exchange to fund their exploration projects. Furthermore, the oil industry is experiencing an increase in infrastructure funding from private equity firms that focus on midstream assets. Preqin, a private tracker of oil and gas investments, reports that 77 such funds raised $89 billion in 2018, accounting for nearly all of this investment activity.

The most popular method of financing oil projects in Africa is currently through partnerships with large international firms. These joint ventures are particularly beneficial for smaller exploration and production companies that lack the liquid capital these projects require. The use of corporate bonds and loans is also common, since the credit rating and assets of large oil companies allow them to borrow at a lower interest rate. Thus, partnerships in African projects generally involve a large company financing most of the exploration and production costs with the cash flow from more lucrative projects or by issuing corporate bonds.

Ivanov says that GPB GR has received increased interest from investors in its African projects due to recent growth in the economies on that continent. This change has resulted in that firm employing a particularly wide range of funding structures and financial incentives. Other oil and gas companies are financing their projects in Africa by carrying their investments over from previous projects and repaying these loans with the cash flow from the new projects. These companies can then prioritize the payment of interest on the original loan if the cash flow is sufficient.

Boris Ivanov is an honors graduate of the Department of International Relations at the Moscow State Institute of International Relations (MGIMO). He started his career in diplomacy by working on arms control issues in Soviet-US relations while living in Moscow and Washington DC. Boris left public service after the emergence of an independent Russia and started his career in international business, which included engagements in aircraft sales and several prominent banks in Russia. He also worked in oil and gas extraction with Gazprom Group prior to founding GPB Global Resources B.V.

Boris currently lives with his family in Monaco.