Unhealthy Irony: Healthcare Websites are Impossible to Use for People with Disabilities

Close
(Credit: Unhealthy Irony: Healthcare Websites are Impossible to Use for People with Disabilities) 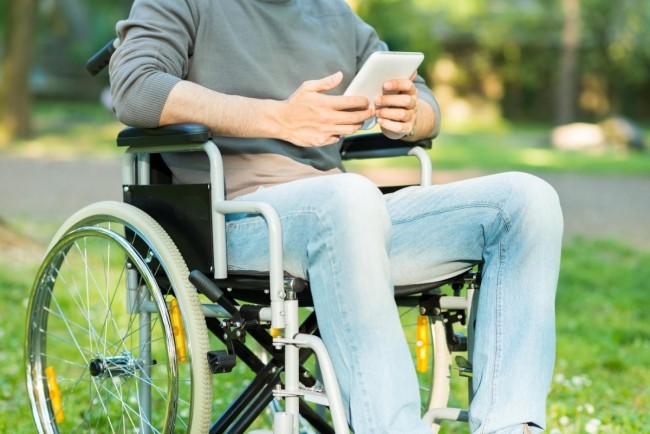 8:59 AM 2020
Print This Article Share it With Friends
by Ernest Hamilton 

You would think that the healthcare institutions, given their advocacy, are going to be the first and the loudest voices to advocate compliance with the Americans with Disabilities Act (ADA).

However, it turns out that a lot of them are caught having websites that are non-compliant to the regulation.

The ADA is all about giving Persons with Disabilities (PWDs) equal rights and opportunities. For some healthcare companies not to comply with the regulation contradicts greatly against what they stand for - which is to promote health and access to healthcare.

The disconnect is disconcerting. If the healthcare companies themselves aren't THAT keen on complying with the ADA standards, what kind of message does that send to other institutions?

More importantly, how does that affect the lives of PWDs?

A Closer Look at the ADA

Section 508 of the Americans with Disabilities Act of 1990 (or ADA) was included in a provision last year to help enforce web accessibility standards to address the growing concerns of physically impaired people.

The ADA seeks to make websites and digital services more user-friendly for people with physical limitations so it becomes easier for them to consume website content.

Being compliant with ADA Standards means that the websites should be easily accessible (and usable) by people with physical limitations.

Unfortunately, some healthcare websites still remain non-compliant to the ADA.

Among the reasons are the cost and complexity of implementing protocols that fit the ADA's guidelines, considering most healthcare companies have few to no software engineers under their team.

The result is these healthcare providers open themselves up to potential lawsuits filed under the banner of the ADA.

It's especially pertinent for healthcare companies whose main audience include physically impaired users to comply with the ADA.

The main issue was the duo had a hard time accessing and navigating the company's website.

Fortunately for WellPoint, they acted quickly to rectify the difficulties experienced by the complainants and the issue was addressed over quickly.

Other companies weren't so lucky and some were caught up in litigation for longer than they anticipated.

Companies like HCA Holdings, Inc., Tenet Healthcare and CAC Florida Medical Centers - all of which operate several healthcare facilities - have all been embroiled in ADA lawsuits concerning screen-readers.

HCA's case, whose plaintiff claimed that the websites of several of their hospitals were filled with accessibility issues, is still open today.

Tenet Healthcare's case was part of a class action lawsuit filed by The American Blind Community in behalf of all Americans with visual impairment. It was settled after a few months as a result of mediation.

The ADA lawsuit filed against CAC Florida Medical Centers was eventually dismissed by the judge, but could have been avoided altogether had they adhered to ADA guidelines.

Why Healthcare Websites Should Observe the ADA

While adjusting your healthcare website to make it ADA-compliant might seem like a daunting task, it could only serve to benefit everyone involved in the long run.

Companies, especially healthcare providers, only stand to gain from their websites being more accessible to all their potential users.

Apart from not alienating physically impaired consumers, they would also be engaging people who would otherwise be browsing away because they couldn't effectively use the website.

In fact, there are about 25 million physically impaired people in the U.S. alone. That's how many potential customers non-ADA compliant websites stand to lose.

Giving a special emphasis on making sure that anyone can consume their site's content effectively - despite any physical limitations - would only boost a healthcare company's reputation.

Healthcare providers can make the most out of the good publicity, in a time when a good word-of-mouth from news sites can help bolster a company's standing in their respective industries.

Getting caught up in an ADA lawsuit costs time, money and may jeopardize the reputation that was carefully built up by the company.

All of that hassle can be easily avoided if the companies would only comply with the new standards that were imposed by the ADA.

Health Institutions Who Are Doing it Right

The good news is, while there are health institutions that aren't compliant with ADA standards, there are those who have done their part and ensured that their site complies with the ADA.

LBHomes and Amy Myers MD are among those who have gotten ahead of ADA compliance.

It's especially helpful since many of their customers are visually impaired or have trouble reading normal-sized text on their screens.

Additionally, these companies have done it without any additional hassle on their end. They spent for the minimum cost while gaining the maximum return.

Basically, it uses AI to comb through your website and analyze which elements are not compliant with the web accessibility standards so that necessary adjustments can be made.

Considering most healthcare providers don't have a dedicated technical person on deck, accessiBe makes it a point to let even non-technical users use the platform without needing to write a single piece of code. 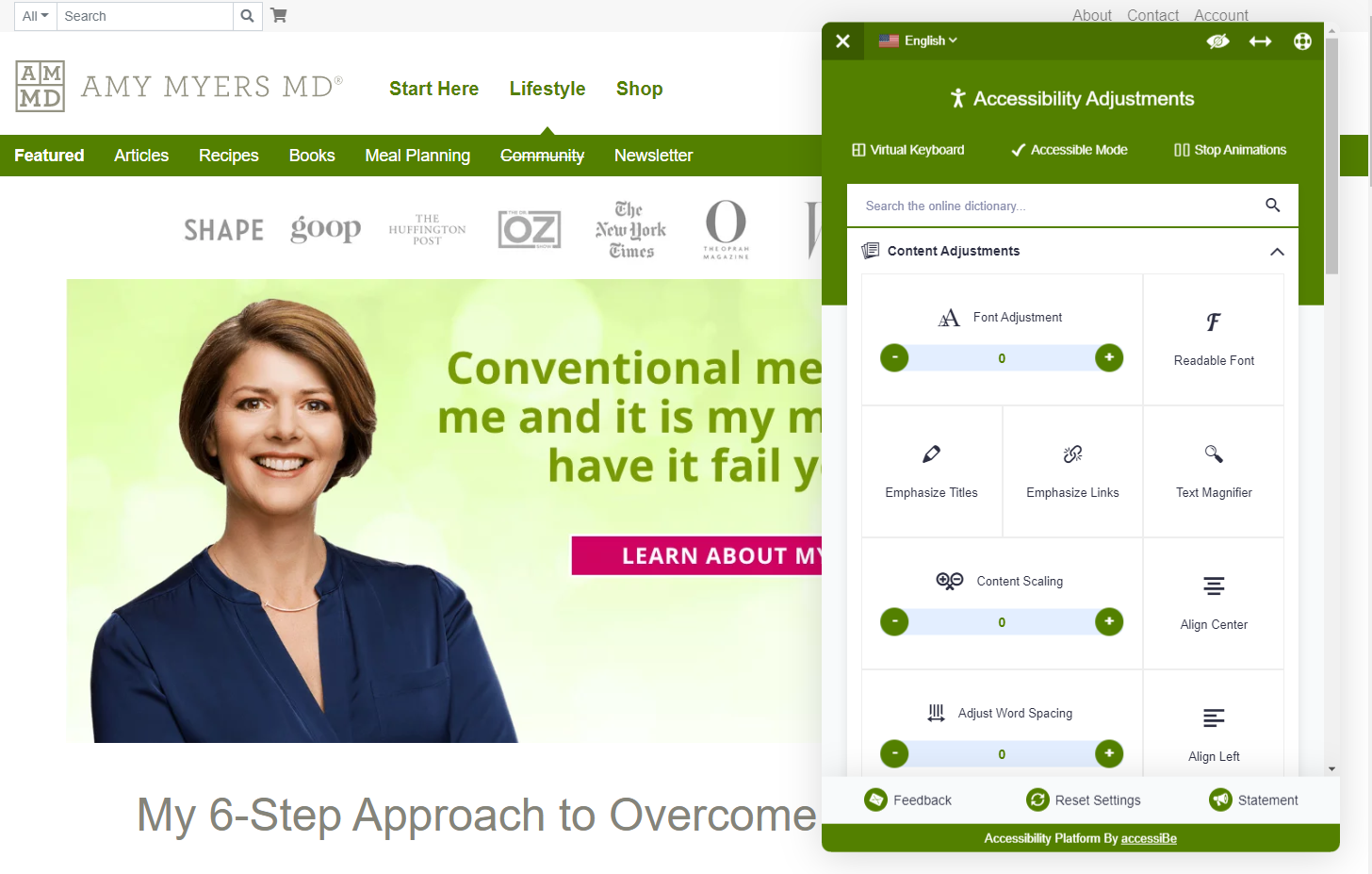 accessiBe in action on https://www.amymyersmd.com/

Once you have it integrated on your site, accessiBe's AI automatically checks your website every 24 hours for any changes to make sure that your website is compliant at any time of the day.

accessiBe not only helps physically impaired customers navigate your site with ease, but it also protects your company from potential lawsuits brought upon by non-compliance to the ADA.

If you're a healthcare provider and haven't made steps to ensure your healthcare website is ADA compliant, then you need to start taking action now.

The longer you delay, the more you expose your company to possible ADA-related lawsuits.

If you don't know where to start, then the best option for you might be to consult the experts. Services like accessiBe could help to immediately alleviate your concerns.

You can never go wrong with future-proofing your website against ADA lawsuits. This tiny act would not only rid you of any potential headaches, but it would save you from any future legal hassles - more importantly, it helps you service people with disabilities better.

Take compliance seriously before it becomes a serious problem. Act now before it's too late.